Seattle Mayor Jenny Durkan reacts to the city council’s override of her police funding vetoes and says it isn’t time to search for a new police chief yet. 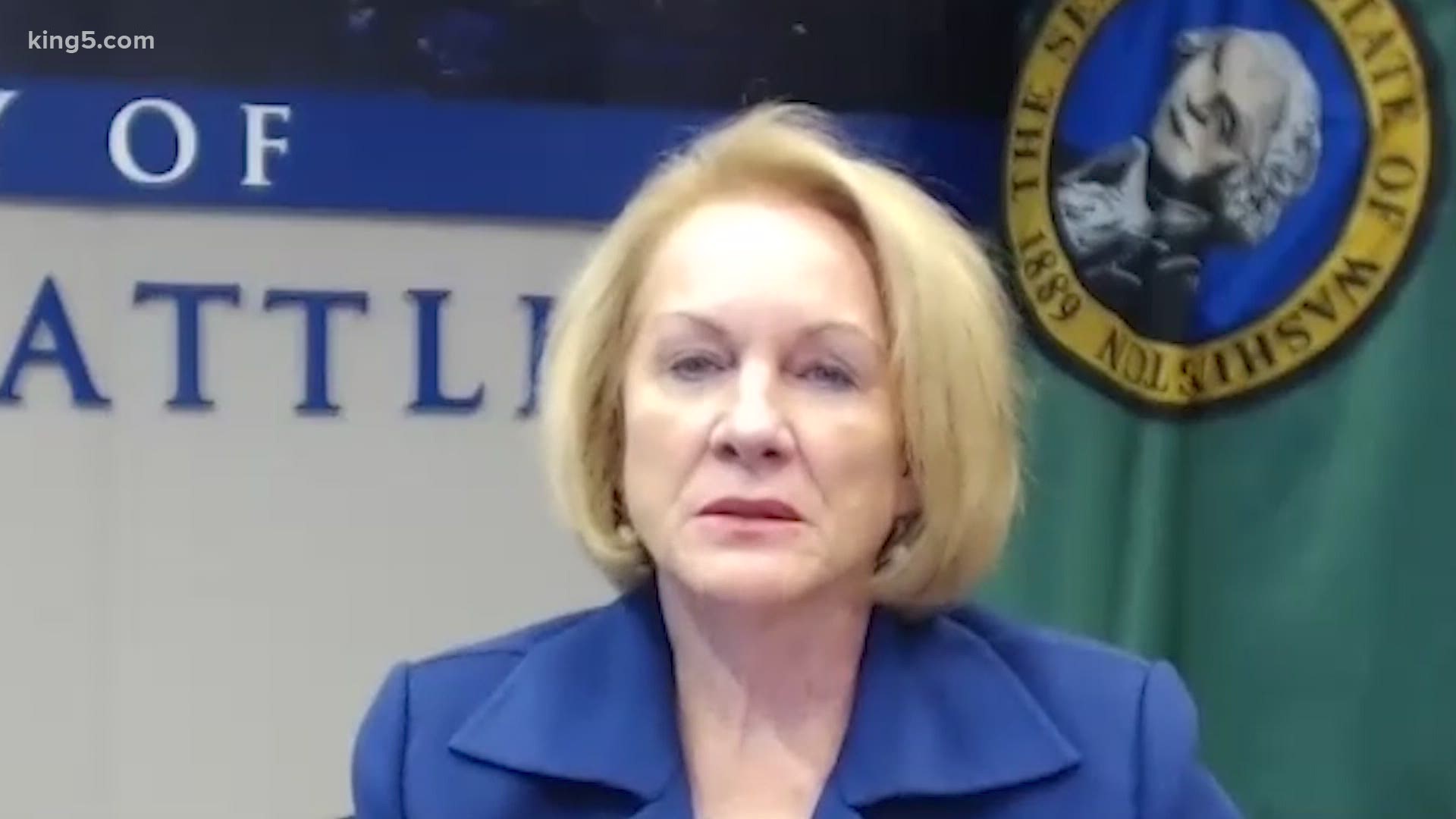 "It was very disappointing,” Durkan said Thursday in an interview with KING 5. “I thought that we had reached agreement with council to move forward together on a path that really put some of the vitriol and fights behind us.”

The mayor had vetoed a series of bills last month regarding immediate cuts to the department, including trimming senior staff salaries, up to 100 jobs and the homeless Navigation Team.

"There's some things that we can't do. For example, the cut to the command staff salaries, patently illegal. And under the charter," she said, while strongly suggesting that the council reached their decision because of the use of the Navigation Teams.

The cuts were just a fraction of the 50% "defunding" that many activists had pushed for in the social justice protests that consumed the summer months. However, council members like Teresa Mosqueda pitched it as a "down payment" for deeper cuts in 2021.

The entire controversy led to the immediate and surprising retirement of Seattle Police Chief Carmen Best, who specifically took aim at the council and what she said was a lack of negotiation. Her departure led to heavy criticism from all sides of the council's actions and a wide belief that it would seek to strike a deal.

But there was no compromise.

Durkan said she will unveil her plan next week, and it will include details about her promised citywide $100 million investments in Black, Indigenous and people of color (BIPOC) communities and organizations. It does not include the planned transfer of three buildings in Seattle's Central District to BIPOC-led organizations.

The mayor also brushed aside criticism from former federal monitor Merrick Bobb, who said earlier this month that the recent police use of force had damaged credibility for the department and showed a need for a new chief to be brought in from the outside. Former Deputy Seattle Police Chief Adrian Diaz is serving as interim chief.

"I take his opinion, like I take a lot of others. We are not in any position at this moment in time to start choosing the new police chief,” Durkan said. “And I've made that clear before, and it's true today. We don't know what our department is going to look like when we're in the next three to six months when we go through this process of reimagining policing. And so we don't know who to recruit. So I do not see us beginning to police search soon.”