Seattle Councilmember Debora Juarez questioned a task force that studied an employee head tax and whether their recommendations were biased. 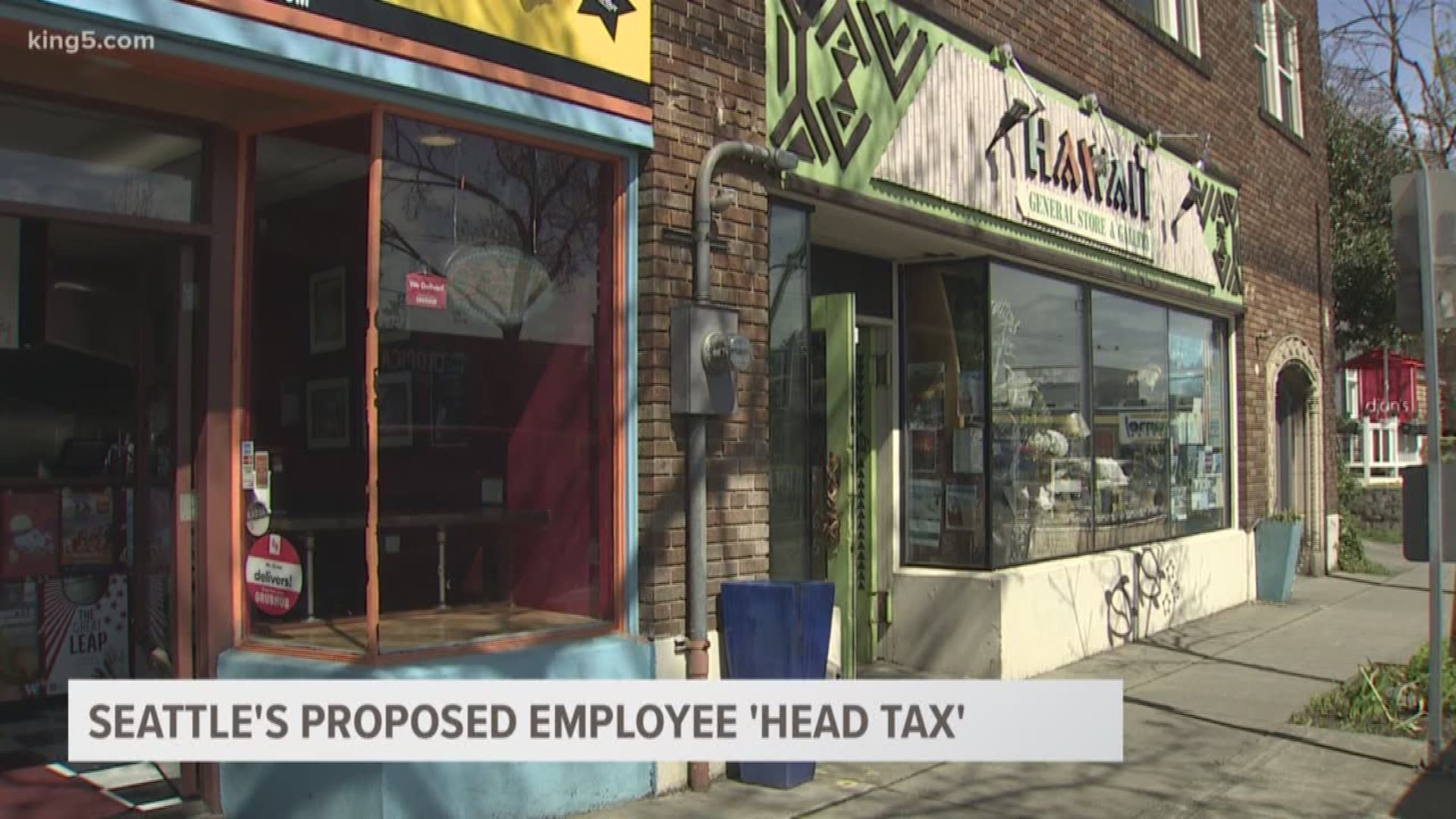 A Seattle City Councilmember openly criticized the process to create a new business head tax and the ethics of it all.

Councilmember Debora Juarez wrote a scathing seven-page memo, recently obtained by KING 5, in which she calls into question the actions of the Progressive Revenue Task Force and whether members had a conflict of interest in making their recommendations. Juarez wrote the memo, dated March 27, to the task force members and two of her colleagues, Councilmembers Lorena Gonzalez and Lisa Herbold, who helped co-chair the task force.

The loose proposal calls for raising an additional $75 million in tax revenue to help pay for homeless programs and services. There have been multiple suggestions on just how to implement it, whether it be through a payroll or tax on number of employees. The Council appointed the task force to study the issue and make suggestions for how the money would be spent.

Juarez pointed out what she believed were glaring questions with the recommendations.

“The task force goes on to recommend funding for three specific programs including Community Passageways, Law Enforcement Diversion (LEAD), and safe consumption sites. The task force is urgently advising the council to vote for a $75 million tax increase,” she wrote, “Why are three programs explicitly given preference in this report? Are these three programs shown preference because particular task force members are more closely associated with these programs than other programs of similar merit?”

The reference is to Lisa Dauguard, who was a member of the task force and is one of the developers of the LEAD program.

She said Tuesday that expanding LEAD is a “widespread recommendation" and stressed that the group was “not a decision making body.”

Dauguard says she felt the group was tasked with making recommendations and did just that.

However, Juarez’s memo also called into question the recommendation to exempt “pot shops” from the employee head tax.

“Does this exemption also reflect a preference and/or bias by members of the task force over other businesses because of their association with the pot shop industry?" Juarez added.

Ian Eisenberg, who runs the Uncle Ike’s Pot Shop chain, was a member of the task force. He could not be reached for comment, but Dauguard was blunt.

“The reason it came up was because he was on the task force,” she acknowledged, but says the rationale for the entire task force to make the recommendation was because they believed cannabis shops are over taxed.

“That was the rationale,” she said.

It was all fuel to the visible frustration from several small business owners, who testified before a special council meeting on Tuesday.

“Our homeless problem is just – its horrible – it makes me cry everyday,” said Gail Stringer, of Wallingford’s Hawaii General Store, but, “I think this tax is going to be really hard on small businesses.”

Stringer says a business head tax will make it tougher for people, like her, to make a living.

Related: Seattle head tax: Some rally for it, 180 business leaders reject it

“It’s not meant to discourage (business),” he said at one point, prompting the ire of Saul Spady, a tech entrepreneur. “A Soda tax decreases the amount of soda sold - a per jobs tax will decrease the number of jobs offered in the city and to approach that from just your perspective and not see some similarity - is discouraging.”

Late Tuesday, Seattle Mayor Jenny Durkan also sent a formal letter to the Council, expressing her reservations with the legislation. Her four-page letter suggested any ordinance have a sunset provision, and create exemptions for small businesses and non-profits in particular. She also says the blanket exemption for marijuana businesses should be eliminated.

There is still no official legislation. However, the Council posted a calendar Tuesday calling for a final vote on May 14.