Kshama Sawant illegally used her official platform as a city council member to promote an initiative, according to charging documents. 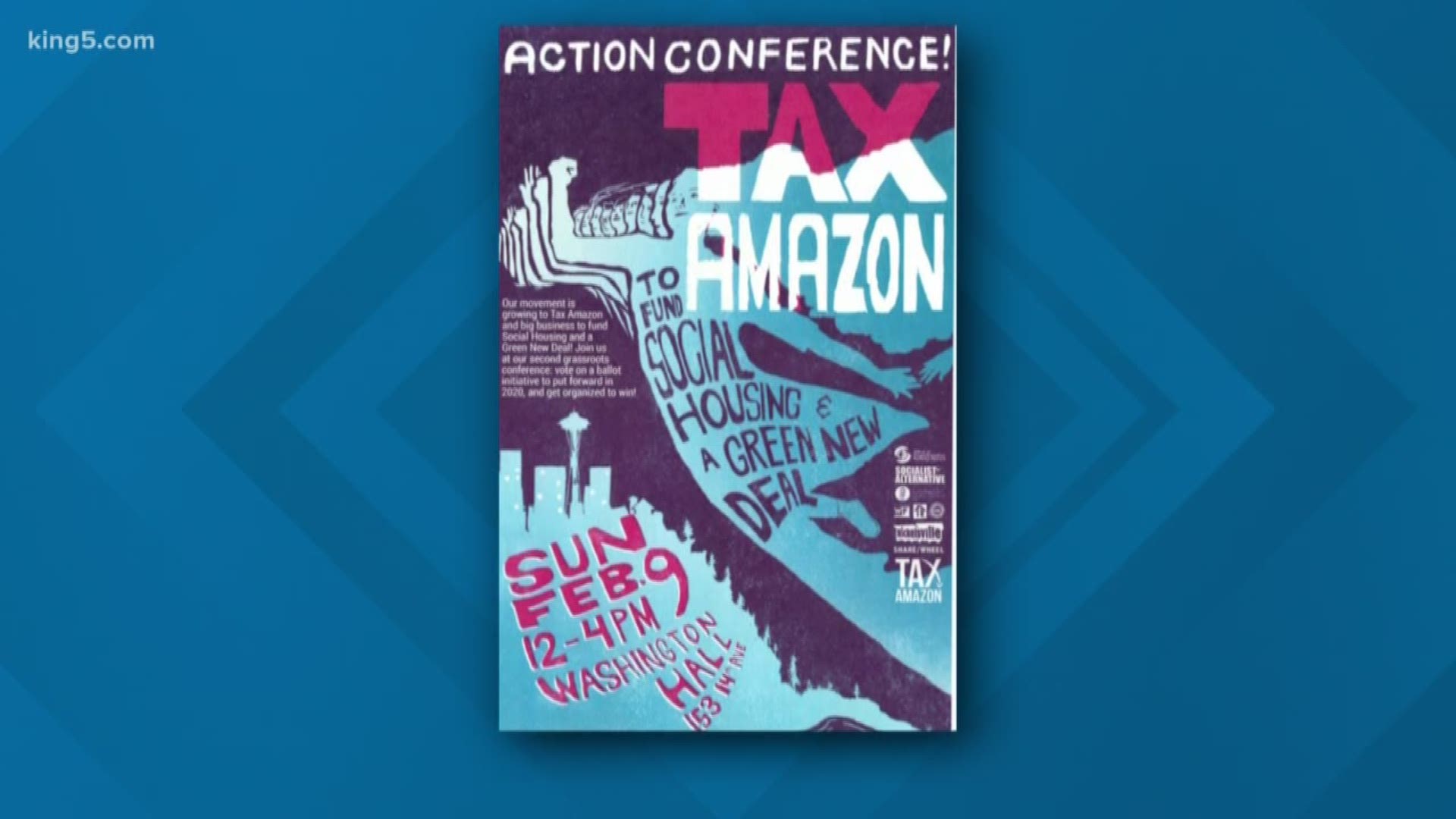 - A link to a Facebook page promoting a January 25, 2020, "Tax Amazon Action Conference" in which Sawant is listed as a host.

- A link to a "Resolution to Tax Amazon and Big Business" that promotes signature collection. Sawant is listed as an original member of the Coordinating Committee.

- A link to a poster for a "Tax Amazon Action Conference" on Feb. 9. The poster includes the City of Seattle's seal.

The "Tax Amazon" movement was launched earlier this year. Supporters want to see millions rolling in from Amazon and other large corporations to pay for affordable housing initiatives and to combat homelessness.

In a statement, Sawant said the following:

“My Council office has been preparing legislation to tax Amazon and big business to fund social housing and a Green New Deal. I will be unveiling the outline of this legislation tomorrow, Wednesday, February 12. At the same time, a grassroots effort has been underway to prepare for a ballot initiative, should the City Council fail to act on my legislation. Our movement's strategy this year is similar to the two-pronged approach we took to successfully win the $15 minimum wage in 2014. (Recall in 2018, the majority of the Council repealed the Amazon Tax less than a month after unanimously approving it, after engaging in backroom talks with big business.) I have obviously been involved in the grassroots Tax Amazon movement, but on my personal time."

In the statement, Sawant goes on to explain that on Jan. 28, her staff reached out to Barnett with questions about how to navigate her council work in developing legislation while a grassroots effort was underway.

"In the meeting, we learned for the first time Mr. Barnett’s interpretation that Council resources could not be used to encourage community discussions about a potential ballot initiative, even one that hadn’t been drafted or filed. That was contrary to our previous understanding of the rule, based on our extensive interactions with the Ethics office over the last six years."

Sawant said after that meeting, her staff made the necessary adjustments, "separating the Council office from those community discussions."

She also said that the materials Barnett cited in the complaint were all before their Jan. 28 meeting.

Sawant said she looks forward to meeting with the Commission to resolve the matter.