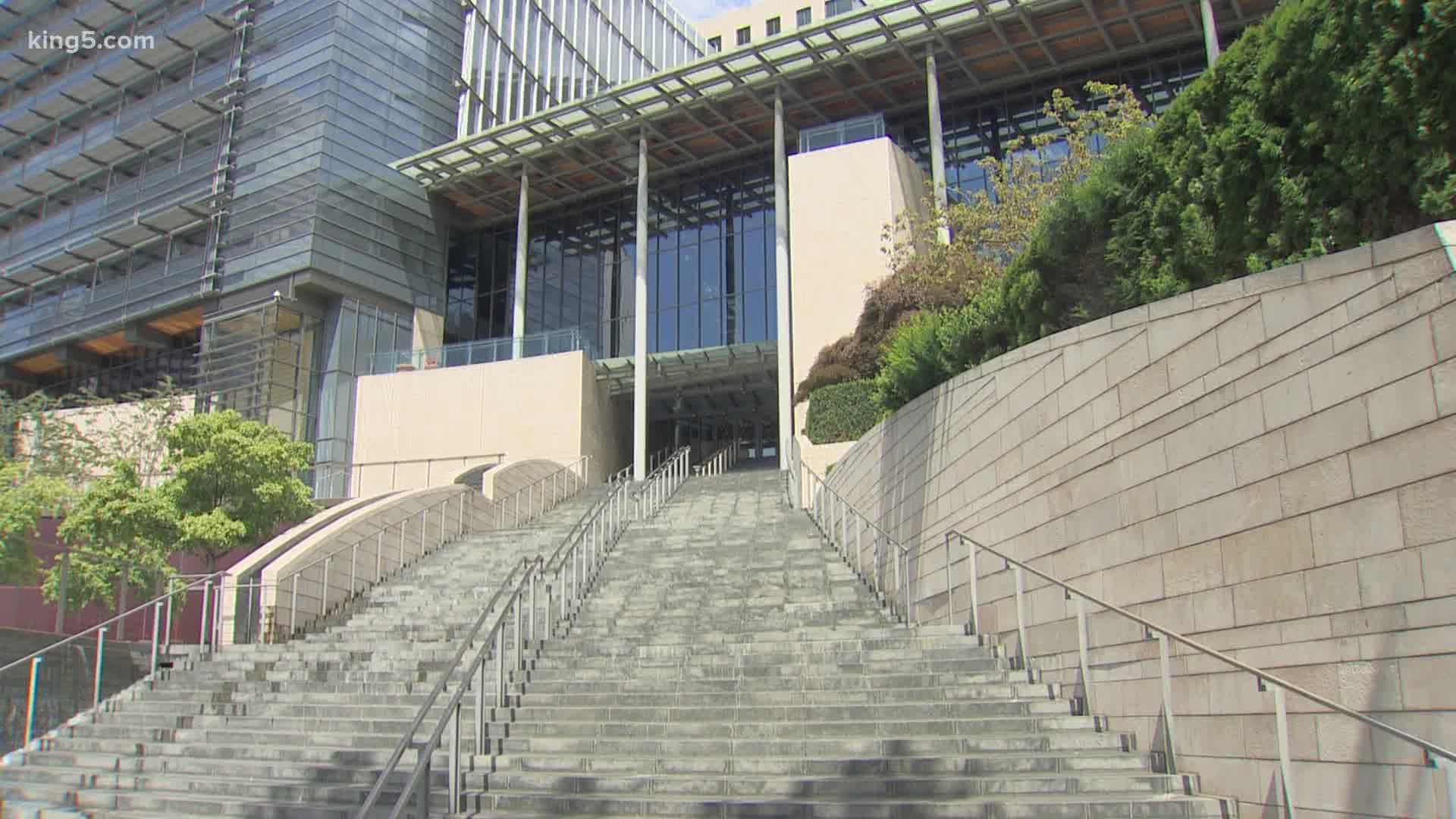 The Seattle City Council voted with some compromise in an ongoing budget battle with Seattle Mayor Jenny Durkan.

It came a day after widespread criticism of the council for its handling of the police department budget, which was cited by Chief Carmen Best as a reason for her sudden resignation.

Councilmember Andrew Lewis noted that there was a real friction between the council and mayor, and it was spilling into everything the elected leaders do.

It was the precursor for a discussion over whether to overturn a mayoral veto on spending $86 million on city reserves. Durkan vetoed the legislation, citing a need to be prudent, given an ever-growing budget deficit.

This week, the city’s budget office suggested the hole is now over $325 million because of the economic downturn related to COVID-19.

In a bit of complicated legislative gymnastics, the council agreed to overturn the veto, by a vote of 6-2, before then approving an amended piece of legislation using a smaller total of $57 million from city reserves. That was approved 7-1, with the only no vote belonging to Kshama Sawant.

The money, according to the Councilmember Teresa Mosqueda, would be paid back by the recently approved payroll tax on large companies.

Durkan responded with a statement Wednesday night that said, in part, "While Council now acknowledges their original spending was unsustainable because of the additional $26 million revenue shortfall in 2020, I continue to have concerns that this modified bill still spends 90 percent of our emergency funds in a deepening multiyear crisis with worsening economic realities."

"There is no doubt that our residents and businesses are feeling the deep impact of the COVID-19 pandemic and resulting economic crisis. This pandemic has put people out of work, caused families to struggle to put food on the table and pay rent, and caused some of our most beloved small businesses to shutter for good. The City has worked hard these last five months to provide approximately $233 million for COVID-19 relief programs including grocery vouchers, support for small businesses, rental assistance and child care assistance. We can and must continue these programs.

I originally made the hard choice to veto Council’s irresponsible decision to spend 90 percent of our emergency and rainy day funds because I was concerned our budget deficit would grow and that we might have additional emergencies. Unfortunately these realities came true: This week we learned we had $50 million in unexpected losses for 2020 and 2021, and we learned unexpected emergencies can happen including one of our downtown piers failing. Without these emergency one-time resources, it will be unlikely we can weather the months ahead without the need to cut basic services and programs. This is even more dire if our financial situation gets worse or we encounter new emergencies.

For weeks, I have been asking to collaborate with the City Council to provide relief, acknowledge our worsening financial situation, and ensure we had an honest and transparent spending plan of resources that we could actually deliver in the weeks and months to come. To date, the needed collaboration has not occurred, though I was grateful Council reached out to explore compromises this week.

While Council now acknowledges their original spending was unsustainable because of the additional $26 million revenue shortfall in 2020, I continue to have concerns that this modified bill still spends 90 percent of our emergency funds in a deepening multiyear crisis with worsening economic realities. Most importantly, I believe the City must be honest, transparent and realistic about who we can help and how we actually get money in people’s pockets for this year and next year. Appropriating money should be done knowing individuals can apply, qualify and get money so we’re actually providing immediate relief.

In the spirit of the collaboration, I proposed creating a new bill and an agreed spending and priorities plan to ensure the City could actually implement tens of millions of additional assistance in 2020 and 2021, while continuing to have resources to address our growing budget gap and any emergencies. Council chose to reject that proposal and take a different path. I deeply hope that we can actually move towards meaningful collaboration and agreement with Council at this critical moment."