In Culp’s hometown of Republic, many are cheering on the unlikely candidate’s attempt to unseat Gov. Jay Inslee. 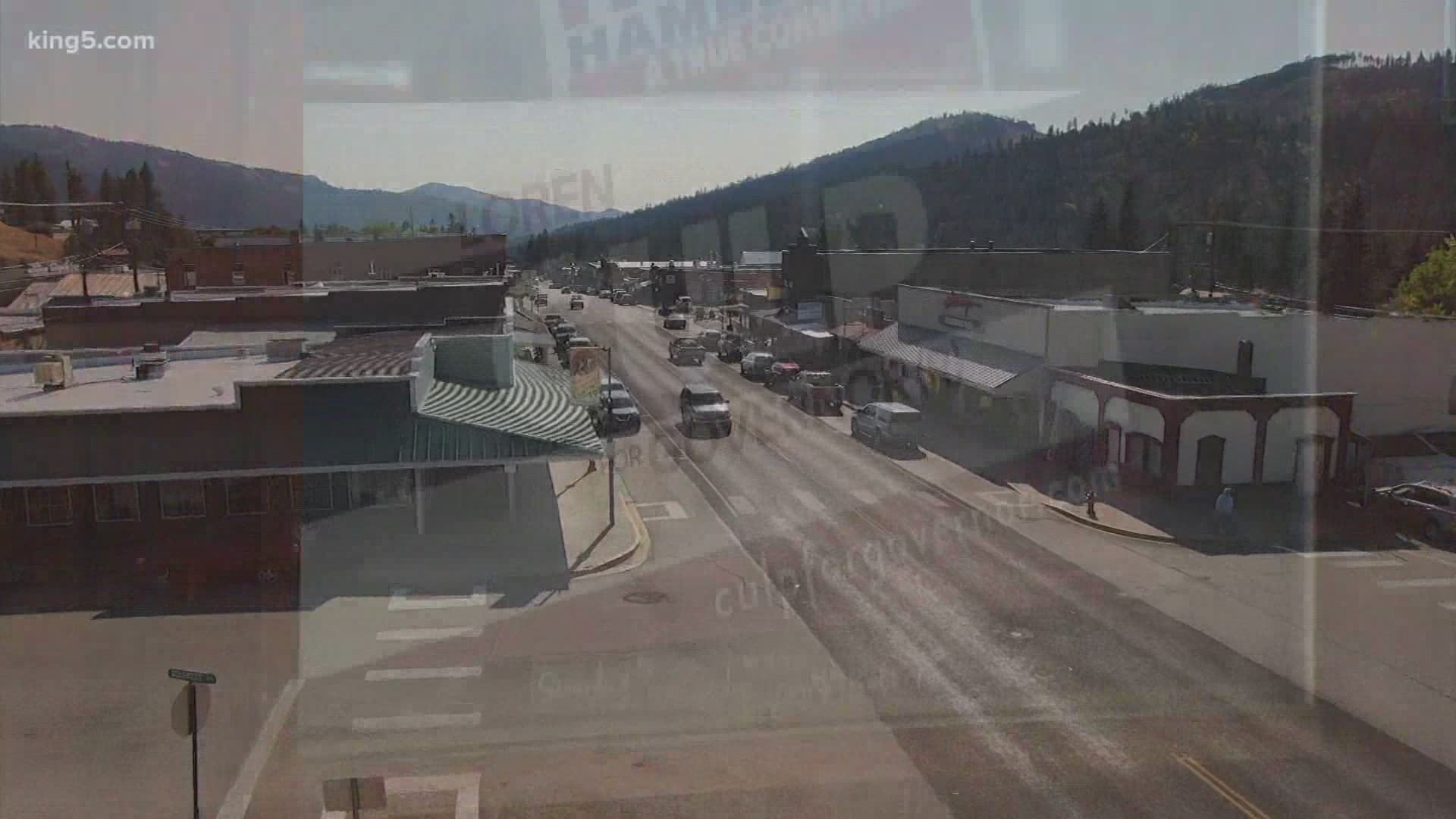 REPUBLIC, Wash. — It is, objectively, an odd political story: How does a small-town police chief, in charge of a single-person department, end up as a top challenger for governor?

The folks in Republic, Washington say they're not surprised by the meteoritic political rise of Loren Culp.

"I'm pretty proud of this little town," said Culp on a recent stroll through the center of town, as he stopped to talk about his campaign and shake a few hands. He stands out in this 1,100 person community, a gold star in an old mining town founded by a group of prospectors.

It is clear Culp tapped into anger during the primary and through the general election cycle. He's hosted numerous campaign rallies, often filled with mask-free fans, in rural communities that share similarities with his hometown.

Republic is the Ferry County seat, which only has a total of 7,500 residents county-wide. There is not a single stoplight in all the county. It's fair to say life and perspectives are a bit different than other parts of the state.

"I'd say probably 90% of our people are excited for this," said Mike Campobosso, who works at the local hardware store, which is selling all sorts of "Loren Loot."  You can find Culp hats, shirts, stickers and logo-emblazoned gear behind the register and on some of his work colleagues.

Culp didn't become a statewide figure until he took a stand against Gov. Jay Inslee when he refused to enforce voter-approved I-1639, which strengthens gun regulations and places limits on gun purchases.

Campobosso is not alone in saying that stand resonated for more than one reason.

"They change like the assault rifle stuff, you know, to 21 years old. We have people that are kids that go out to hunt to support their families, you know, that get the food for them. They're not game hunting, you know, they're actually hunting for food. And that's an important one up here," he said.

"Very, very important because one of our major draws to the county is hunting. There's bow and arrow, there's black powder, there's the regular hunting, and it's just very, very critical to the financing. In this town, it brings in lots of money," she said.

"We do have wolves," she continued. "Mountain lions, bears. And even if you're not hunting, but you're out in the woods camping, it's a very good idea to have some high powered rifles with you, because we do have those predators here. And they can be and they go anywhere. So it's also for your protection, even if you don't hunt. And I think that's very important for people to know that."

Mehrdad Derakhshandeh, an upholstery shop owner, isn't shy to explain his feelings on the subject. A question on the topic prompted him to lift his shirt and show the handgun at his waist.

"I carried for years. I even carried in Seattle," he said, voice rising. "I have a permit! I have a carry permit! You know, just this is a fact. You know, in this town, if I don't carry, I live in a property, we have cougars, we have bears. We have wild animals."

He said safety and security are big factors for the people who live here and support Culp. He waded through boxes of political material before grabbing a sign encouraging to vote Inslee out.

His voice rose again as he gesticulated, pointing at the sign.

"This guy destroyed that," he said. "Emerald City went to doo doo because of this guy. You know, we have to get these guys out. It just doesn't make sense."

Further down the street at Republic City Hall, you can find Mayor Elbert Koontz, whose method of transportation these days is a modified golf cart. He hit the brakes to chat up Culp's candidacy.

"This is a first for me. I've never had a police chief actually do that," said Koontz. "Loren is what he says he is. Loren took an oath of office when he went into the military. He took an oath of office when he became police chief, just like I did when I became mayor. And when I was in the military to enforce the laws of the Constitution and obey them."

Koontz, who said he lived in Seattle for a time, said people here are also aware of the images from his former city and that it strikes a nerve.

There is a consensus here that Culp will bring rural voter concerns to Olympia and equity. There is a common complaint, for instance, about the lack of available broadband or news sources and an acknowledgment that people are forced to use Facebook as a news source.

Back at the hardware store, it's one of the complaints from Campobasso. Sporting a "Culp for Governor" hat, he said, "We're really hoping he goes all the way."