Several news outlets reported Gov. Jay Inslee’s name has come up in conversations about positions for head of the EPA or Department of Energy. 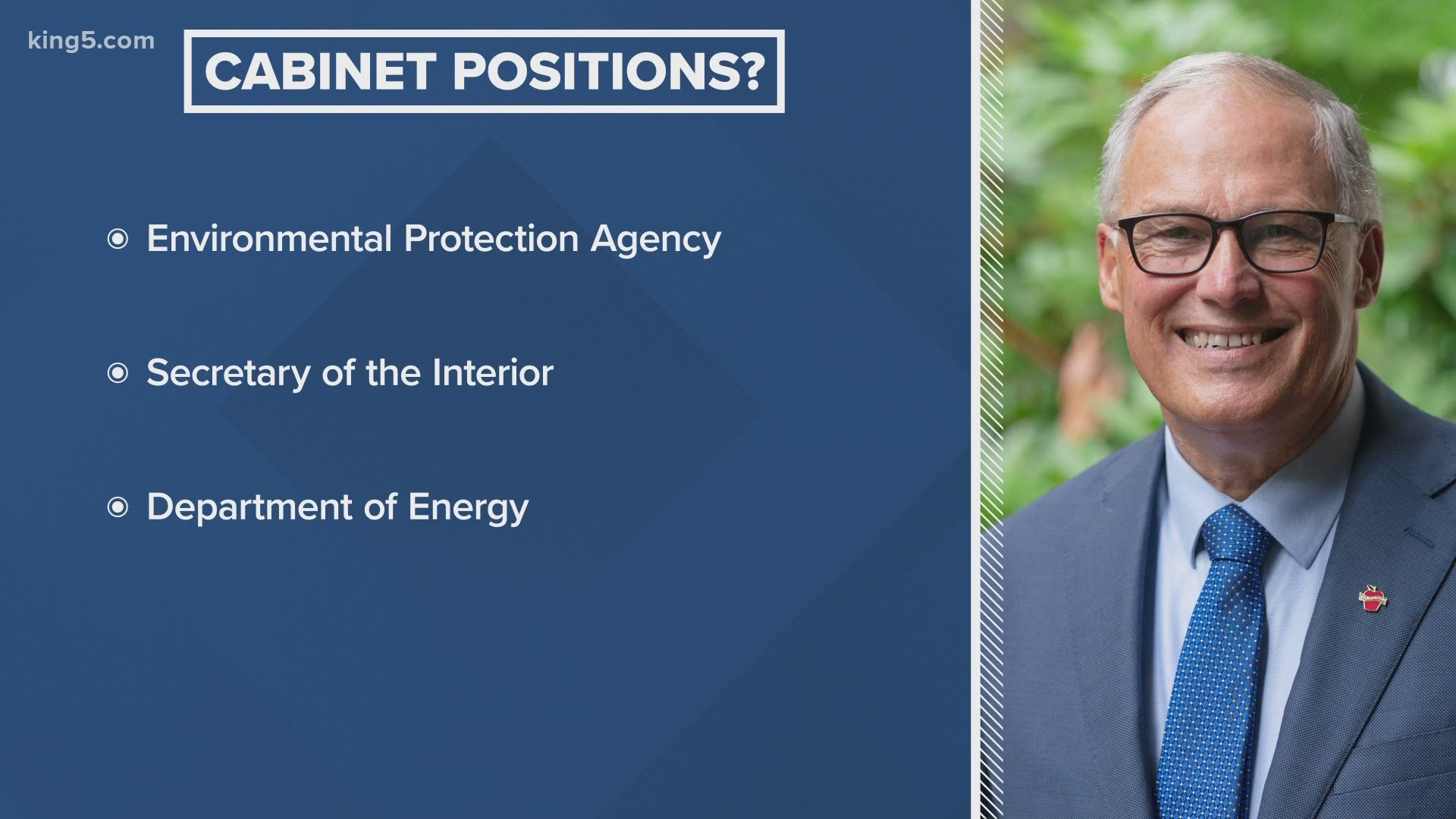 The New York Times, CNN and Politico reported Inslee could be considered for Environmental Protection Agency (EPA) administrator. The Times reports Inslee was “promoted” for head of the Department of Energy or secretary of the interior.

The EPA ensures clean air, land and water by developing regulations, giving grants and studying environmental issues. The Department of Energy is a full cabinet position with the secretary overseeing energy production, conservation, research and the nation's nuclear weapons program.

KING 5 Political Analyst Ron Sims, who served in the Obama administration, said he thinks Inslee would excel at any of the positions.

"All three are pretty complicated and pretty demanding, and pretty, what we call front of the line in regards to complexity and impact on this country," said Sims. "And I think that Gov. Inslee would do well, in any of the three."

Inslee made a name for himself earlier this year running for president on a platform focused on climate change. In Washington state, he's pushed for environmental measures, such as transitioning the state to 100% renewable energy by 2045.

Inslee, who won a third term as Washington's governor in the November general election, previously said he intends to serve as governor for the next four years.

Before he was elected governor, Inslee represented Yakima Valley as a state representative and served 14 years in Congress.