Rep. Jayapal thinks Trump impeachment process could be wrapped up 'by the end of the year'

The Washington state congresswoman just returned from D.C., where she has been heavily involved in President Trump's impeachment investigation. 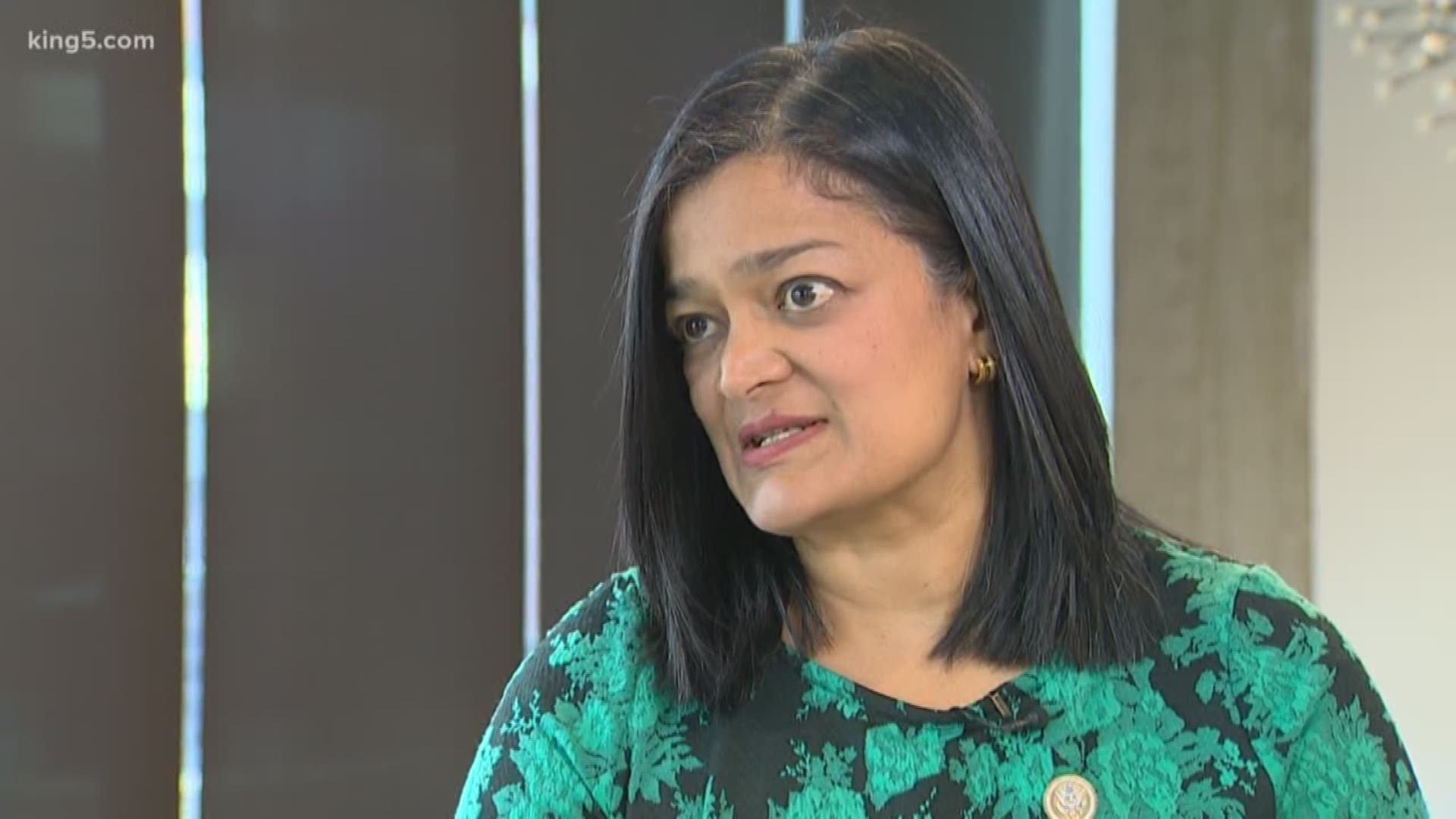 Washington Congresswoman Pramila Jayapal says she hopes the House will wrap up impeachment proceedings before turning the calendar page.

“In an ideal world, we would be able to complete our part of the process, one way or the other, by the end of the year,” the Seattle Democrat said in an interview with KING 5 on Monday.

Jayapal has sat on the House Judiciary Committee, and has been privy to close door sessions.

“What I can tell you, is the evidence is substantial,” said Jayapal, claiming “Donald Trump bragged about all of this.”

“This is the president of the United States, using the White House, the Oval Office, to advocate for his personal political gain, and disregarding the co-equal branches of government,” she said.

She acknowledged the critics who say that Democrats are going through a failed exercise, with Republicans in control of the Senate and unlikely to vote to convict Trump.

“I think we have to give our Republican colleagues the benefit of the doubt,” said Jayapal.

While she is just one voice, her timeline would potentially create an unprecedented campaign season.  A Senate trial would come just as Iowa’s first-in-the-nation caucus, and the New Hampshire Primary kick off the election cycle in February.

RELATED: See the text of the House impeachment resolution here