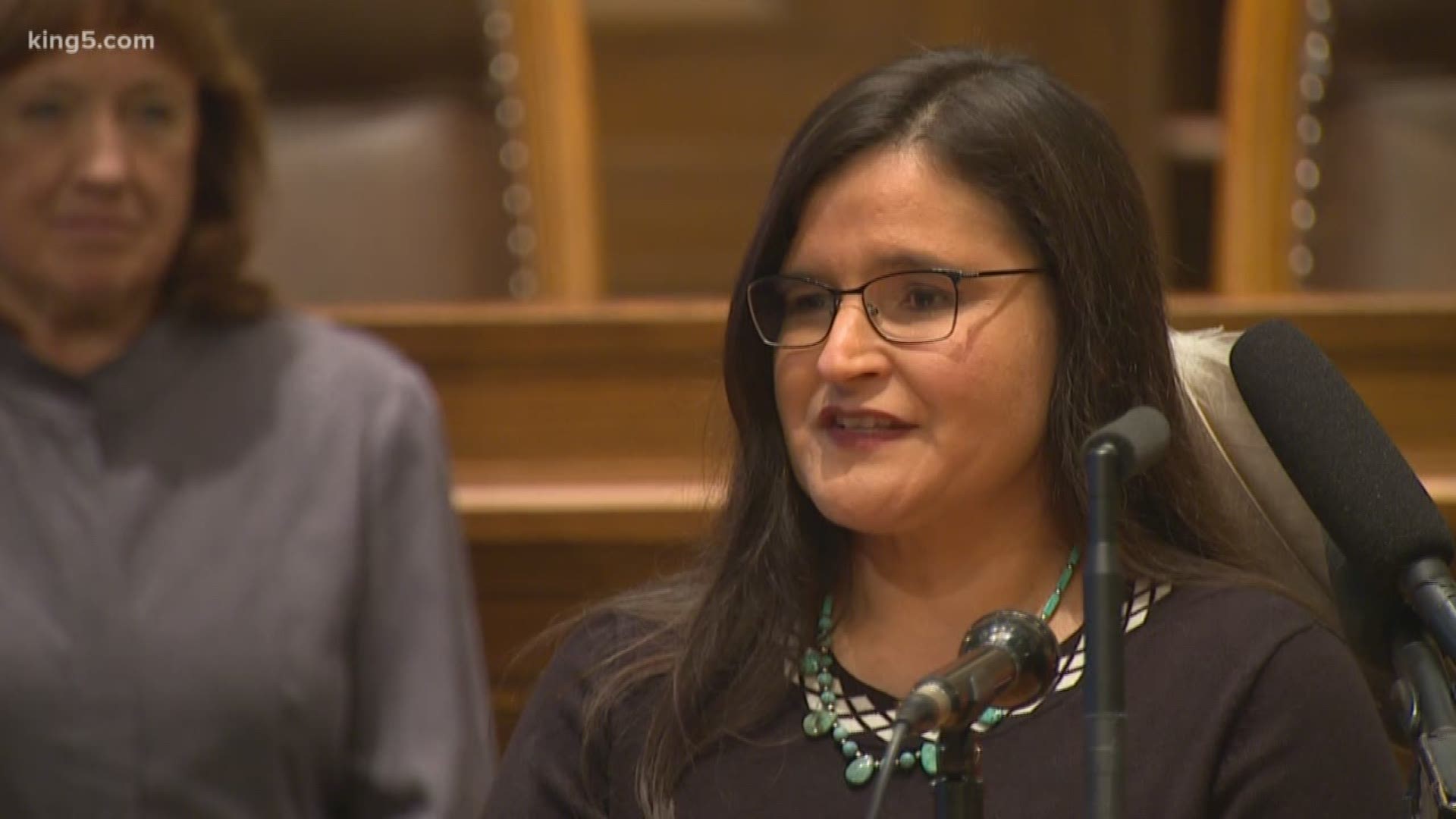 Fairhurst is retiring in January. Justice Debra Stephens was elected by her fellow members of the court to take that top spot.

Montoya-Lewis reflected on her childhood during Wednesday's announcement and how she came to be where she is today.

“I was raised to remember that I come from those who survived. My ancestors on both sides of my family survived genocide, survived institutional boarding schools, survived attempts to eradicate their cultures, and yet as my father reminded me often ‘we survived,’" said Montoya-Lewis. "I am here because of their resilience, their courage, their intelligence, and their deep commitment to what is just.”

Montoya-Lewis earner her master's degree in social work and a law degree from the University of Washington. She has more than 20 years of judicial experience, including five years on the Whatcom County Superior Court. She also spent several years working with tribal communities in Washington.

“Today is a day of light, to be the first Native Supreme Court Justice for the state of Washington and only the second Native Supreme Court Justice in any state in the history of our nation brings with it great pressure and great honor," said Montoya-Lewis. "I look forward to serving every citizen in the state of Washington and in so doing, do justice.”