A crowd gathered in Seattle's Volunteer Park for an evening protest Monday following the National Emergency declared by President Trump. 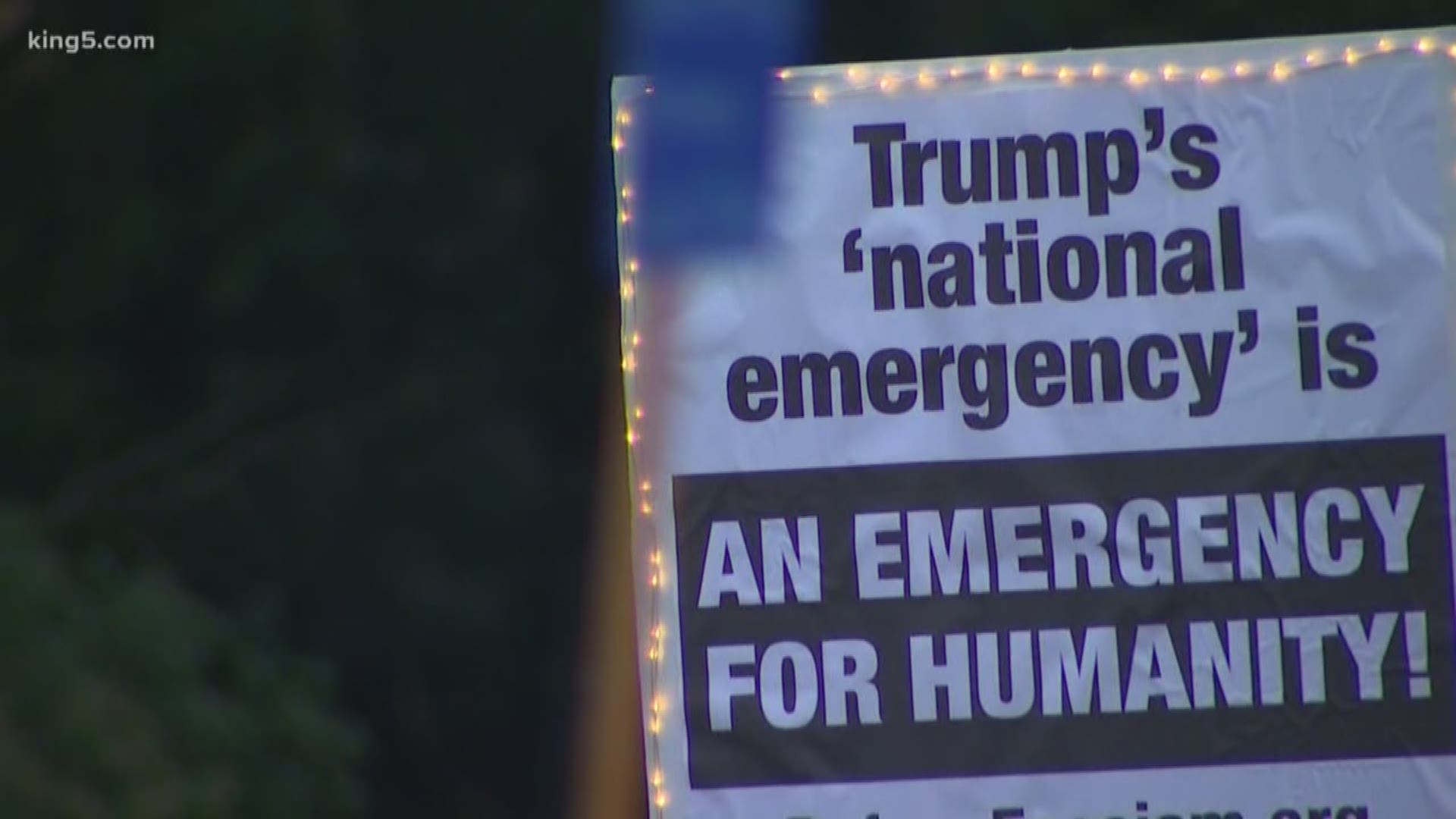 The protest in Seattle is one of the hundreds that took place across the country on Presidents' Day.

Governor Inslee said the declaration “is an outrageous abuse of the law and the constitution.”

Trump declared a national emergency on Friday to shift billions of federal dollars meant for military construction to fund a border wall between the U.S. and Mexico.

Ricardo Hidalgo was among the protesters at Monday’s rally.

“It is an emergency for humanity,” said Hidalgo. “This feels dangerous and disgusting and terrifying.”

"This fake emergency is an end run around congress’s authority. It is unconstitutional, and it is not an emergency," said Rep. Jayapal.

“We will stop him from building the wall, and we will redirect attention to the things that truly matter in this country,” said Rep. Smith.

The move to go around Congress to fund the long-promised border wall came after lawmakers in both parties blocked his requests for billions of dollars to fulfill his signature campaign pledge. 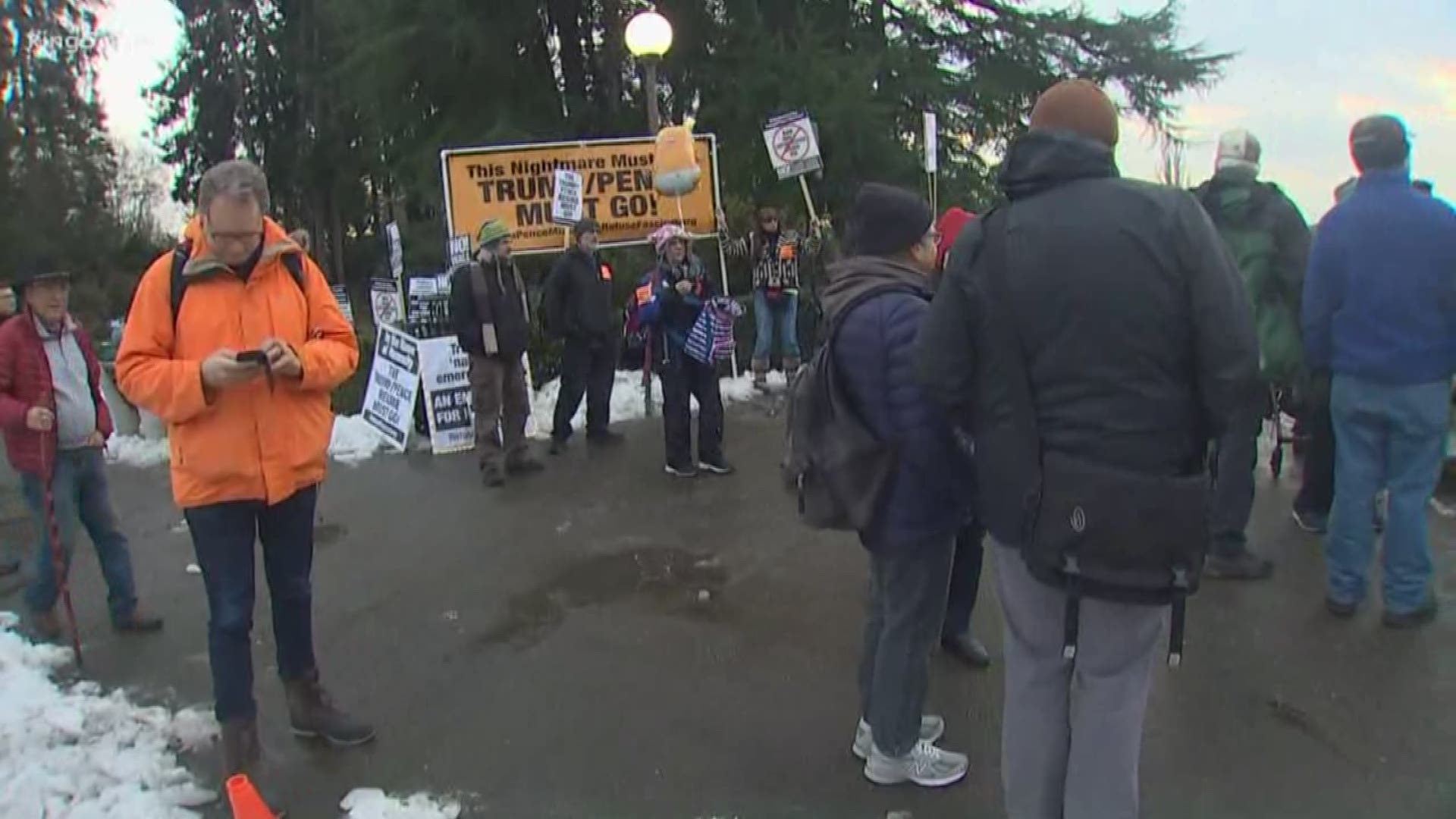