Gov. Greg Abbott signed the bill into law on Tuesday in Tyler, Texas. 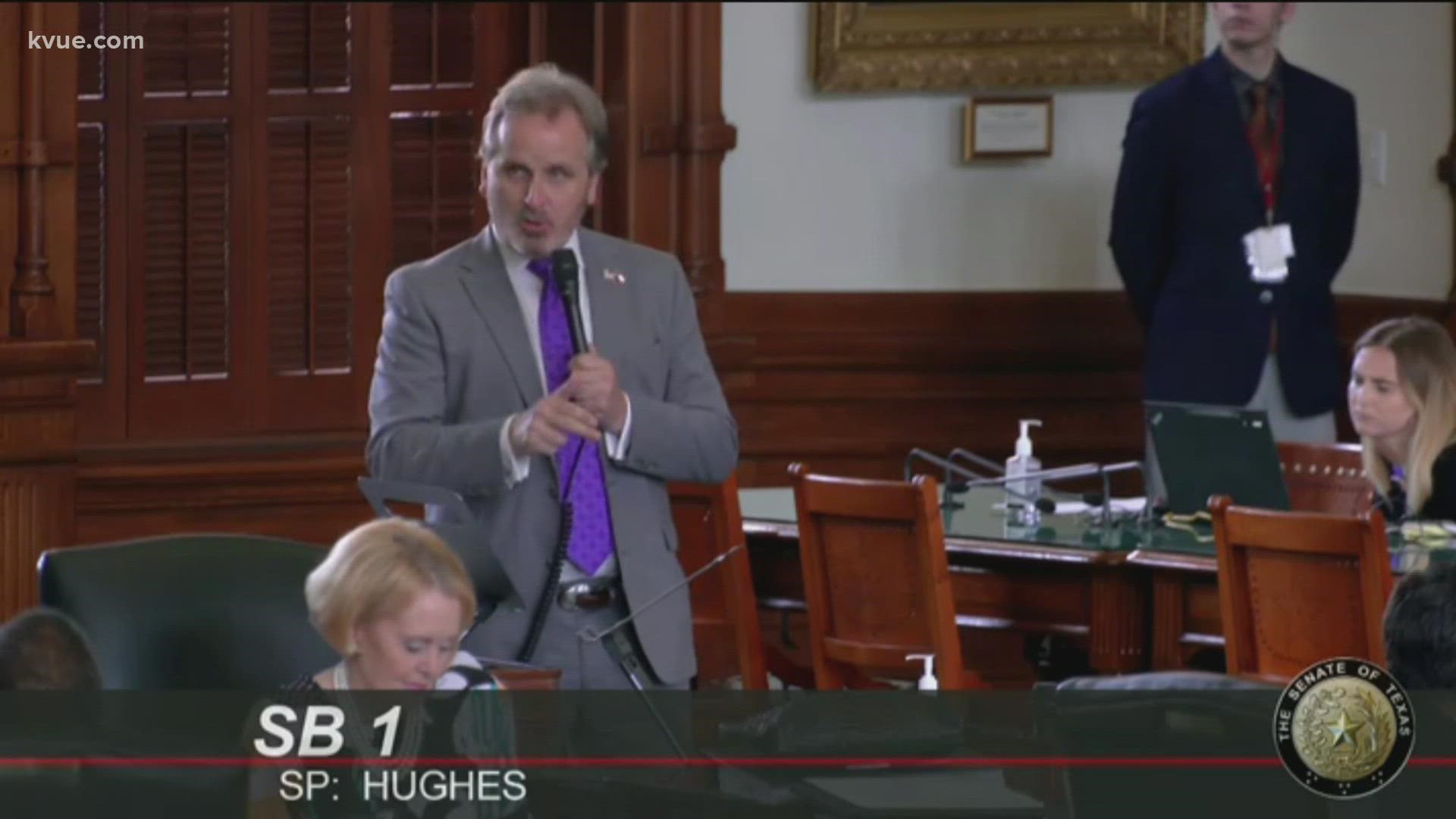 Harris said in a post on Twitter that the U.S. Senate needs to pass both the For the People Act and John Lewis Voting Rights Advancement Act. Biden urged Congress to send both bills “to my desk immediately.”

“We’re facing an all-out assault on our democracy,” Biden wrote in a tweet. “We need to pass the For the People Act and the John Lewis Voting Rights Advancement Act to protect the sacred right to vote.”

“The new voting law in Texas signed by Gov. Abbott is one of the most restrictive in the nation,” Harris wrote. “The bill limits the options that enabled a historic number of Texans, especially of color, to vote safely in our last election.”

We’re facing an all-out assault on our democracy. We need to pass the For the People Act and the John Lewis Voting Rights Advancement Act to protect the sacred right to vote.

I urge Congress to send them to my desk immediately. https://t.co/0J5pY7fkJG

The majority of Texas House Democrats fled to Washington, D.C., during the Legislature’s first special session to block the passage of the then voting rights bill. Democrats worked to get Congress to pass both the For the People Act and John Lewis Act while there.

SB1 passed in the Texas House and Senate with amendments on Aug. 31 during the Legislature’s second special session. The law forbids local officials from taking different steps to make voting more accessible and tightens the vote-by-mail process.

"One thing that all Texans can agree is that we must have trust and confidence in our elections," Abbott said before signing the bill. "The bill that I'm about to sign helps to achieve that goal. One thing that it does is, it ensures that every eligible voter will have the opportunity to vote."