A deal between the Port of Seattle and Port of Tacoma would mean extensive renovations to Terminal 5. 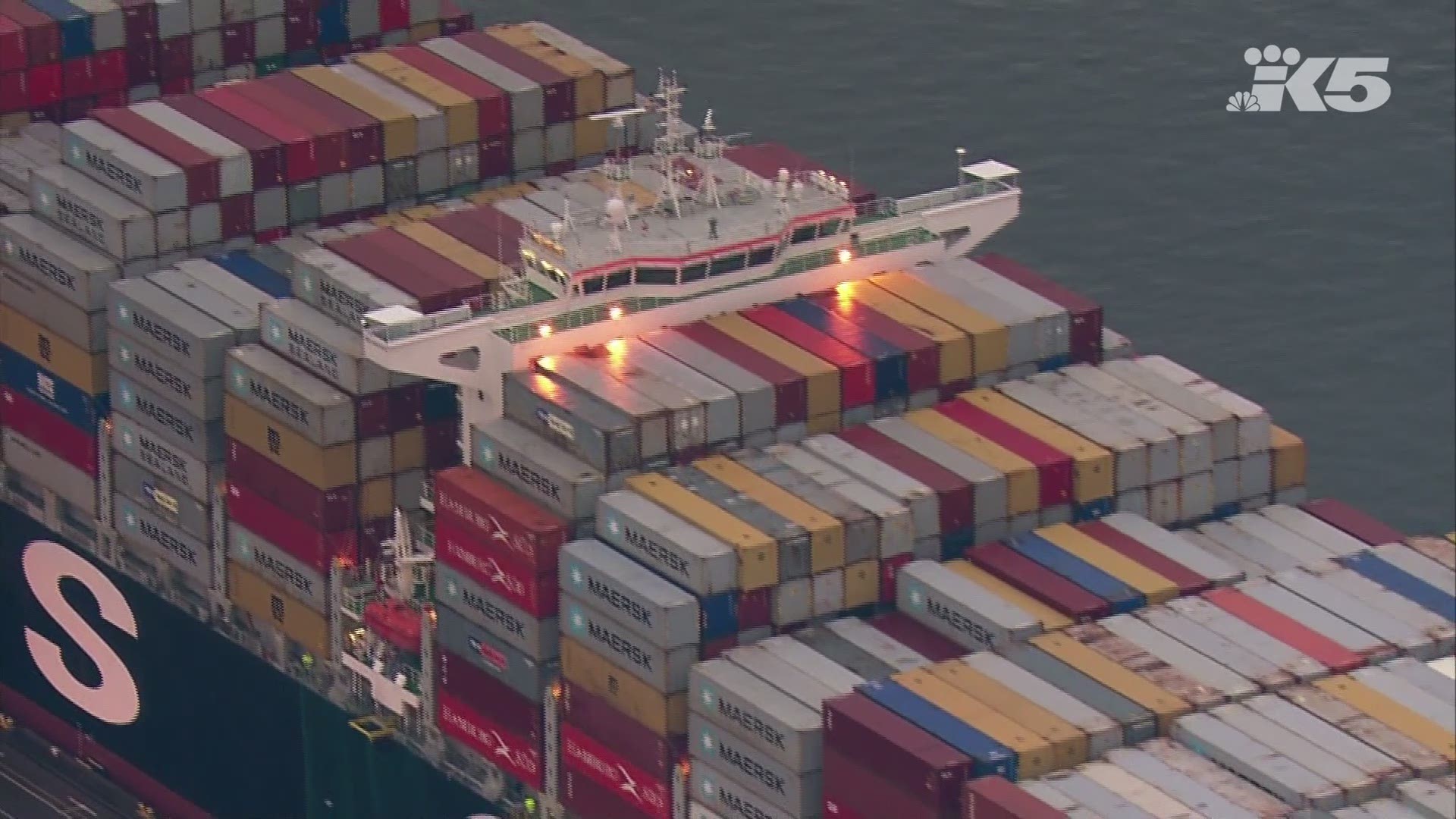 The Port of Seattle and Port of Tacoma are close to finalizing a nearly half billion-dollar plan to renovate West Seattle’s Terminal 5 and shift existing containers to other terminals in the meantime. It would likely mean significant changes at Terminal 46 near the stadium district.

It’s an ambitious proposal that is the result of years of work and comes after the Port of Seattle quietly approved a property tax increase last month to help subsidize some of the cost.

“It is a really significant investment,” said Port of Seattle Commission President Stephanie Bowman while she discussed the plan that will be fully unveiled at an 11:30 a.m. meeting of the Northwest Seaport Alliance.

The Alliance was created in 2015 to jointly handle maritime activities and investments.

The ports will spend $340 million for phase 1 of the redevelopment of Terminal 5 for the world’s biggest container ships.  Stevedoring Services of America Terminals (SSAT) and Terminal International Limited (TIL Group), are expected to chip in $140 million and sign a 32-year lease to operate the terminal. If the deal is approved, construction could begin this spring, with Phase 1 scheduled to be completed by 2021.

Once completed, Bowman says the terminal should be able to handle 1.3 million shipping containers a year.

The ports have faced stiff competition for shipping routes, especially from Vancouver, B.C. and Prince Rupert British Columbia. The latter is a remote outpost, which has been heavily supported by provincial government, and just topped the 1 million container mark, with a plan to do 1.8 million standard containers by 2022.

The Terminal 5 facelift would be years in the making.  Container operations were suspended there in July of 2014.  The Port of Seattle, and NWSA, have since gone through an environmental review process and master use permitting.  The entities have also been issued a shoreline permit to make all their improvements and secure all the needed permits in November of 2018.

Terminal 5 is considered valuable because of its size and access to on-dock rail for shipping purposes.

Bowman specifically says the investment is needed for the ports to remain competitive with Vancouver, B.C. and Prince Rupert.

“Cargo volumes equal jobs, that’s the why of why we’re doing this,” she said.

The changes will also prompt major movement elsewhere in Seattle.

Matson’s Hawaii service will move from Terminal 30 to the south berth of Terminal 5 in Spring 2019, which Bowman acknowledges will be a “tight fit.” The ports also plan to move international marine cargo from Terminal 46 to Terminal 18, and eventually Terminal 5.  Terminal 46 is the major terminal near T-Mobile Park and its access to I-90 has always been a strong selling point.

Based on the redevelopment, the ports plan on using it for other projects and break-bulk cargo and relocate Seattle-based Foss Maritime to Terminal 46.

The Port of Seattle is also finalizing additional plans to use 29 acres of the 86-acre site for a fourth cruise ship berth. It previously suggested the berth would be constructed with $100 million from the Port, with the tenant assuming the other half of the cost.

“It is a big concern maintaining a working marine waterfront, that's absolutely the plan with T-46,” Bowman said. “It’s in a critical location.”

Bowman believes the ILWU local is fully behind the changes, because it’s a plan to maintain maritime jobs.  However, she also acknowledges the potential for criticism.

“Some folks can push back, but the farmers in eastern Washington will say it’s absolutely critical (to have the port). It’s a lifeline for their business.”

Port of Tacoma Commissioner Vice President and NWSA Managing Member Clare Petrich says Tacoma will split the cost of the renovations, much like Seattle did for the Husky Terminal improvements on the Tacoma tide flats.

“This is a very exciting process that we're going through, with the growth of both harbors,” Petrich said.

The Seaport Alliance estimates both ports are associated with 58,000 marine cargo jobs.

The plan will be discussed Monday during the NWSA Managing member.  The commissioners say a final vote is targeted for a special meeting of the two port commissioners on February 26.