Portland has voted down changing the government five times since 1950. Critics say a change is long overdue. 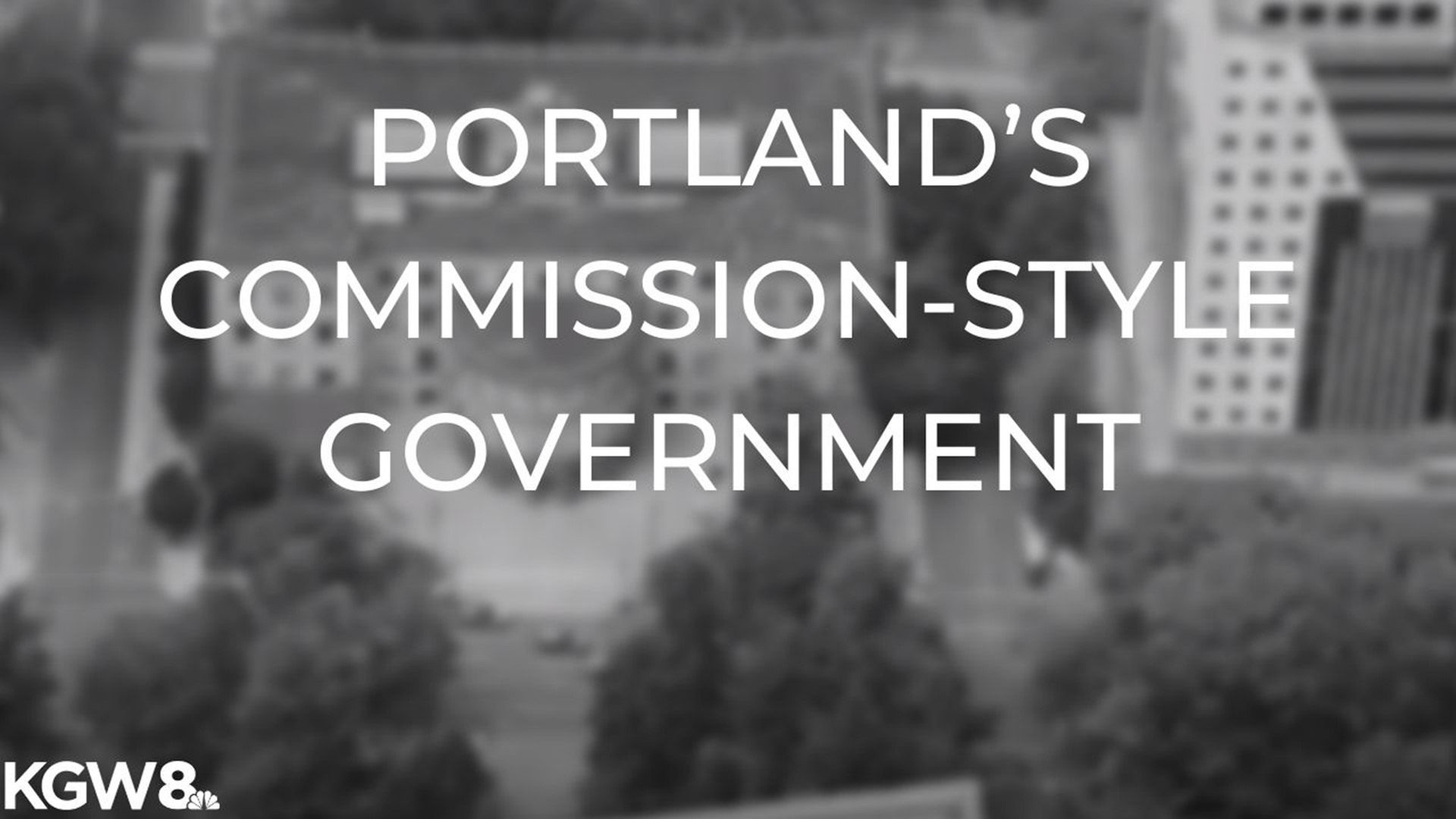 PORTLAND, Ore. — For some people who recently moved to Portland, it may seem like the city's form of government is abnormal. That's because it is.

In May of 1913, Portlanders voted, and our commission-style of government was formed. More than a century later, it stands alone as the last remaining commission form of government among large cities.

The commission is made up of the mayor, currently Ted Wheeler, and four other commissioners. With the death of Nick Fish earlier this year, there are currently three sitting commissioners: Amanda Fritz, Chloe Eudaly and Jo Ann Hardesty.

One big difference with the commission form of government is how commissioners are elected. The whole city gets to vote for each of the five positions. In a typical mayor-council government, the city is broken up into districts and each district elects one representative to sit on city council.

Another big difference is how much power these commissioners have. In Portland, the mayor assigns each commissioner various bureaus to lead. For example, Fritz heads the Portland Water Bureau, Eudaly is in charge of the Portland Bureau of Transportation, and Hardesty oversees Portland Fire & Rescue.

Over the years though, some groups, like the City Club of Portland, have said the commission form of government has failed and change is long overdue. They say having the entire city vote for one position leads to a lack of diversity in leaders. There’s been some recent change to that as Hardesty was the first woman of color elected to council and Eudaly was the first known renter elected in a city full of renters. This iteration of city council represents the first time Portland has had more women than men.

Critics also say it also doesn’t make sense for commissioners to lead departments they have no experience leading. Wheeler said he’d support changing the city’s style of government if that’s what the people voted for.

But Portland has voted down changing the government structure five times since 1950.

So, if you’re part of the estimated 112 people who move to Oregon every day, now you know why Portland’s government is as weird as the city’s reputation.

This story was featured on KGW's The Story with Dan Haggerty. The show airs at 6 p.m. Monday-Friday. If there's a story you would like us to dig deeper into, you can email thestory@kgw.com or use the hashtag #HeyDan on Twitter.

RELATED: What is Death with Dignity? Oregon passed first-of-its-kind law two decades ago