Construction workers chanted, "No head tax," in opposition to supporters of the proposed business tax. 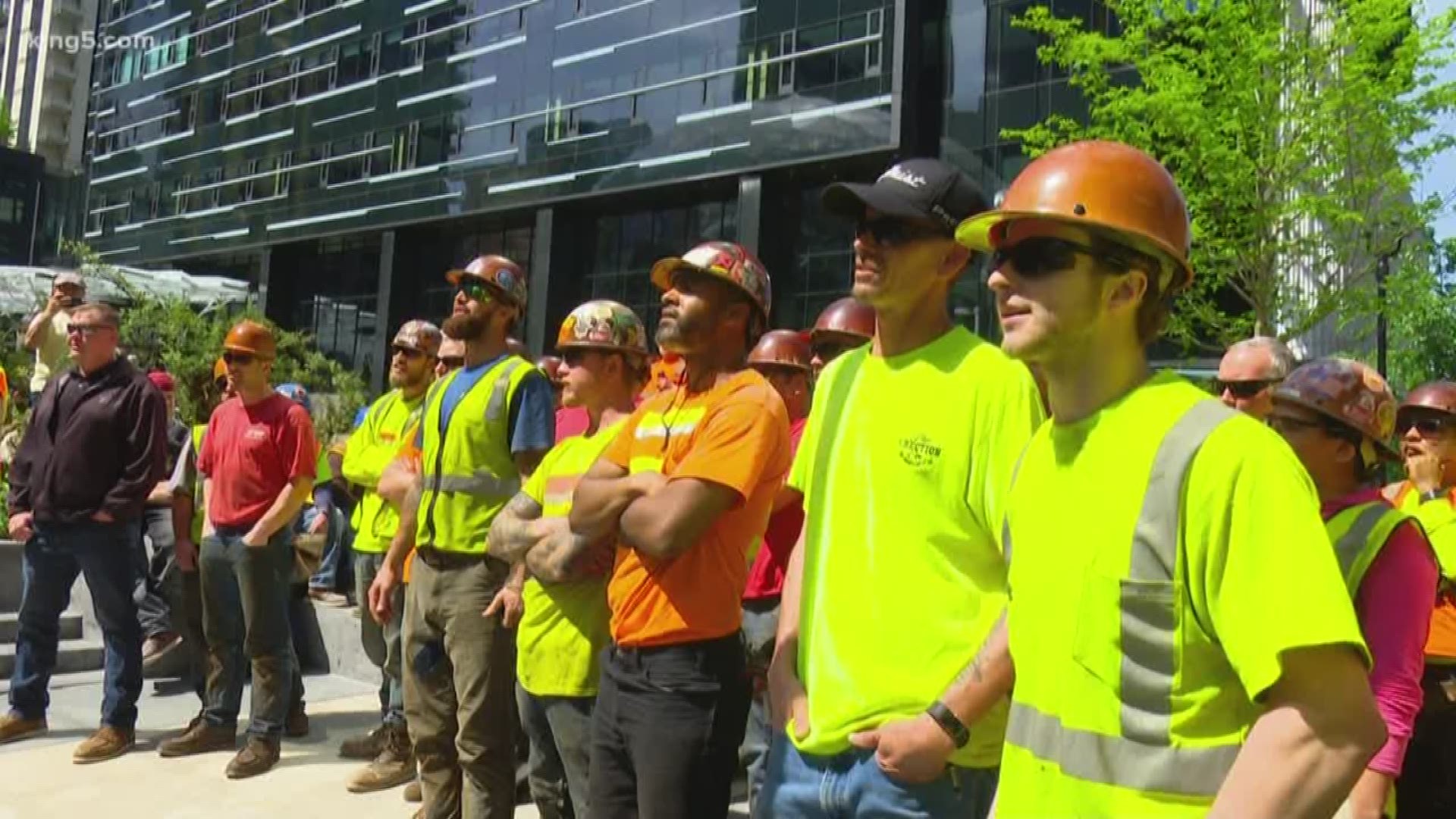 Construction workers shouted down a pro-employee head tax press conference at the Amazon Spheres in downtown Seattle on Thursday.

The workers chanted, “No head tax,” as Seattle City Councilmember Kshama Sawant announced the next speaker at the conference, which denounced Amazon’s recent move to pause planning on two downtown Seattle office buildings amid a Council head tax debate.

Chris McClain, business agent for the Iron Workers Local 86, said the iron workers were across the street working on an Amazon project when the press conference started, and they decided to take a stand.

"Amazon is a responsible developer that provides living wage jobs for the construction industry," McClain said.

"They have provided more than 1 million man hours in the last year alone to provide family wage jobs for people in and around this community," McClain continued. "Homelessness is an enormous issue, not just an Amazon issue. It needs to have a regional approach that is fair and reasonable – something that this is not."

After the workers left, Sawant was interrupted a second time by Roland Bredlau, a project manager for a landscaping company. He says the tax will impact his business.

"It's going to mean we have to raise our prices," he said.

He agreed homelessness is an issue – but thinks taxing business is the wrong way to solve it.

"These people are successful," he said, gesturing to Amazon. "They should not be persecuted for it. It's not their fault." 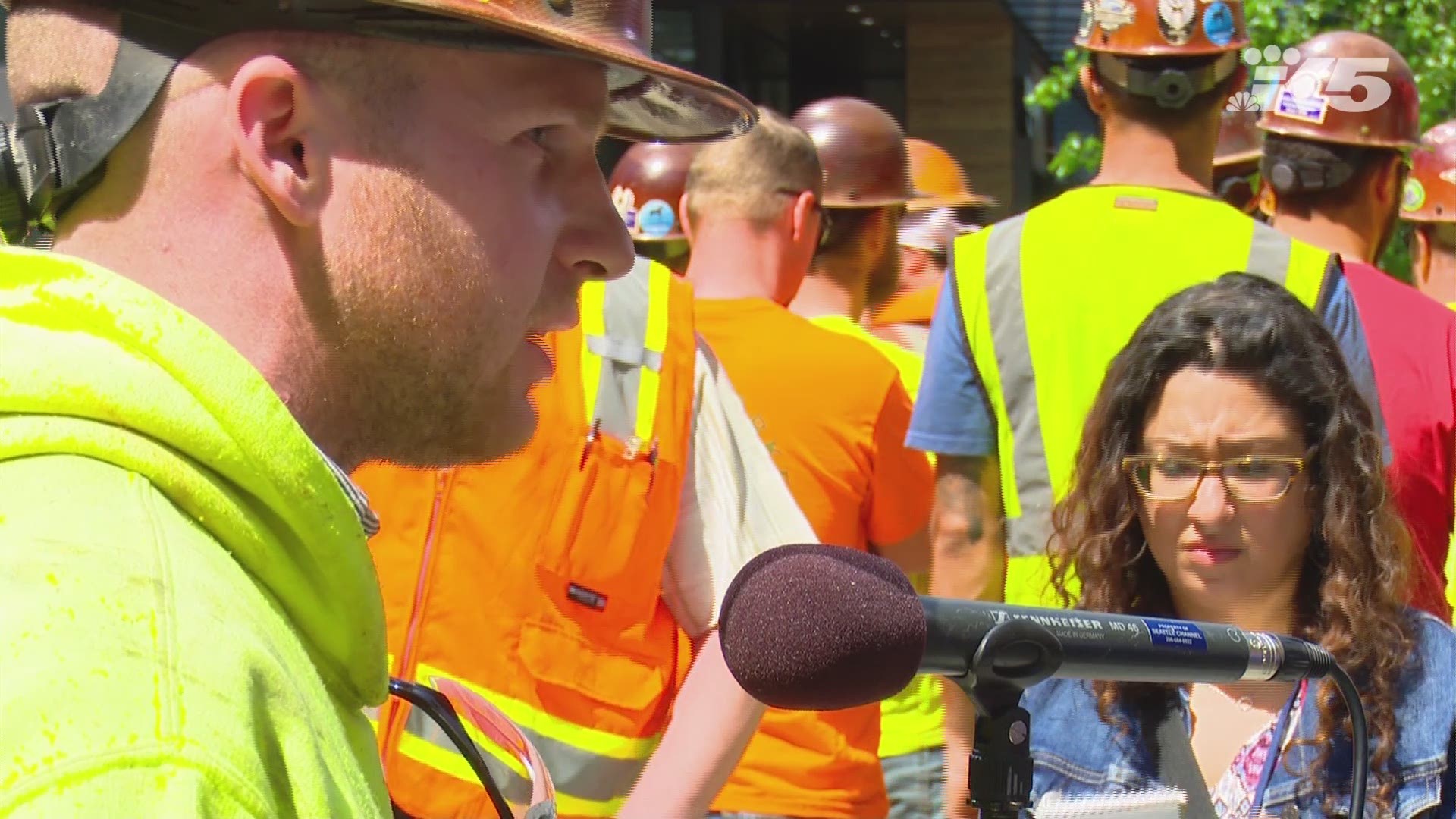 Sawant, who organized the conference, was joined by a representative for Hard Hats for Housing, Amazon tech workers, housing activists, and socialist leaders.

Amazon said Wednesday it will halt construction planning on the Block 18 project near the Denny Triangle and will consider sub-leasing its recently leased space in the Rainier Square building pending a City Council decision on the proposed head tax.

The two offices would have housed over 7,000 new Amazon jobs.

"Why is Amazon doing this?" Sawant said. "Why is Amazon saying that they need to and will move jobs? They're doing this, carrying out this extortion because they know it is not just about Seattle. They know that this tax could become the new $15 per hour [minimum wage.]"

Seattle City Council will vote on the proposed head tax May 14.

The legislation would raise $75 million for homeless and housing services by taxing about 3 percent of Seattle businesses based on the number of full-time employees. Businesses that make less than $20 million per year would be exempt. 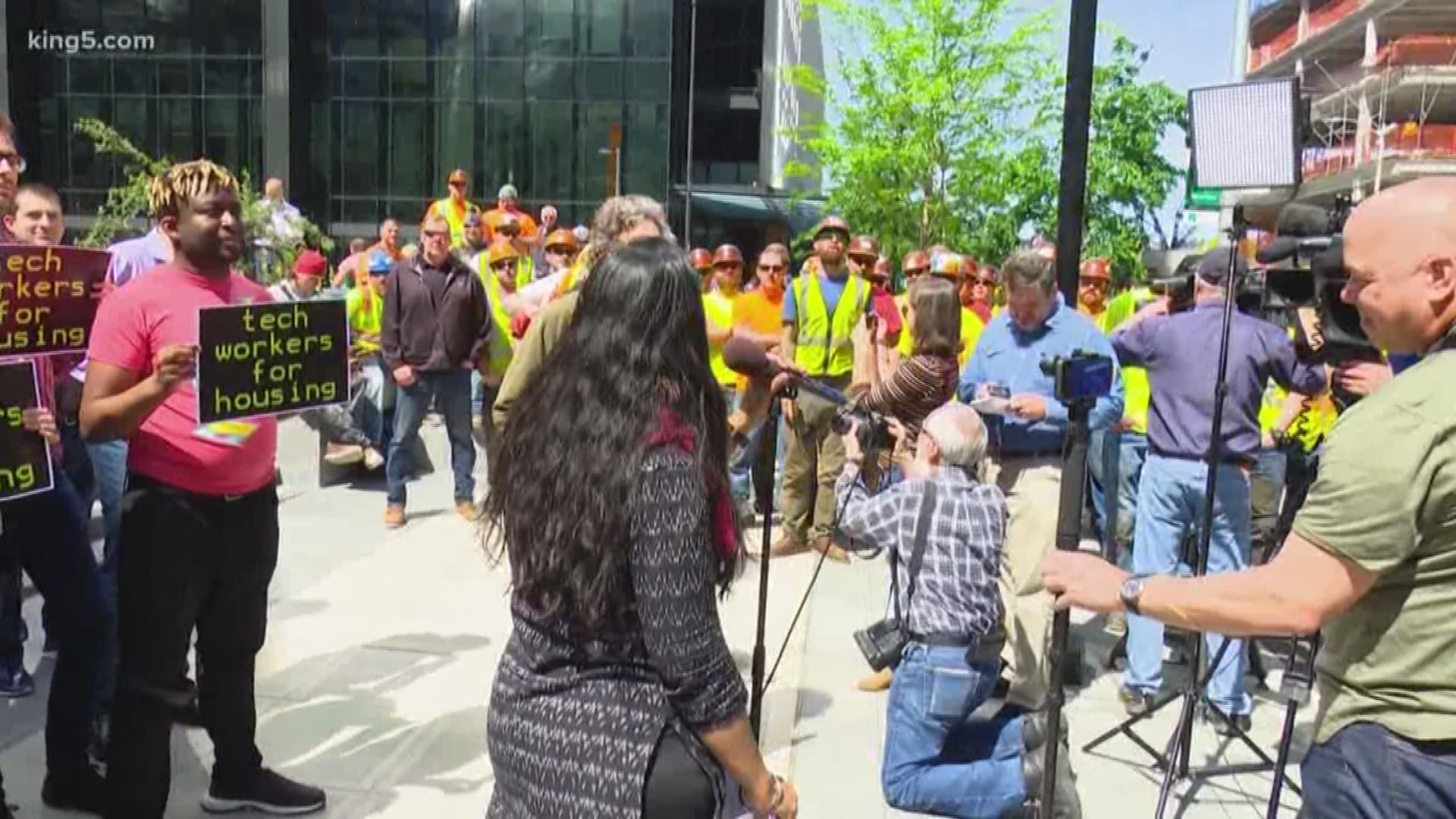 Opposition to the proposal extends beyond business owners and managers and extends into the community where a shouting match erupted at a community meeting in Ballard on Thursday night.

"They're wasting the taxpayers money. If they get more; they'll waste more," said Geno Minetti, who's experiencing homelessness himself, currently living out of his car.

However, he doesn't believe the current proposal is an effective tool to stem the problem. Instead, he would like to see a tax aimed at the root causes of the problem.

"It should come from those conditions which help create the homelessness," said Minetti who also believes older buildings and homes should be modified for additional affordable housing.

Seattleite Charles Forsher is also skeptical of the end result.

"It's nuts," said Forsher. “There’s other ways to help the homeless."

"Ultimately I think anything that would facilitate people getting off the streets is going to be a good idea," countered Thomas Greene.

While there's agreement on that point, intense debate sparked by the new proposal highlights deep skepticism about another proposed tax and a city council increasingly emboldened to ask for more money.

"I think they need to hit the refresh button on some of the members quite frankly, just go back to the recent First Avenue street car debacle," said Joanne Sugura. 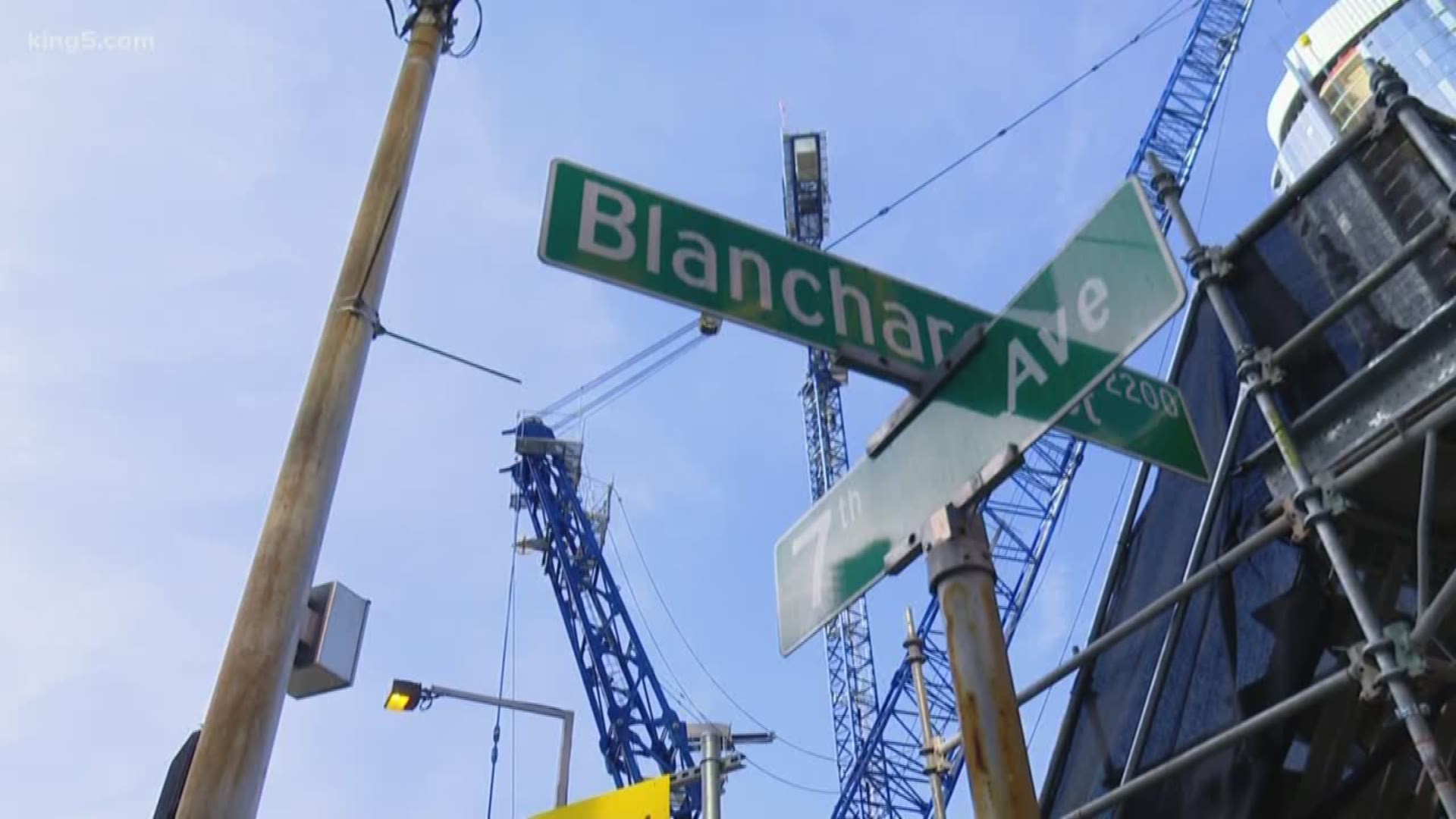