Speaker Pelosi in Seattle: Trump 'snubbing his nose at the vision of our founders'

Pelosi made a brief stop with Rep. Suzan DelBene to push for lower prescription drug prices. But she also addressed impeachment developments. 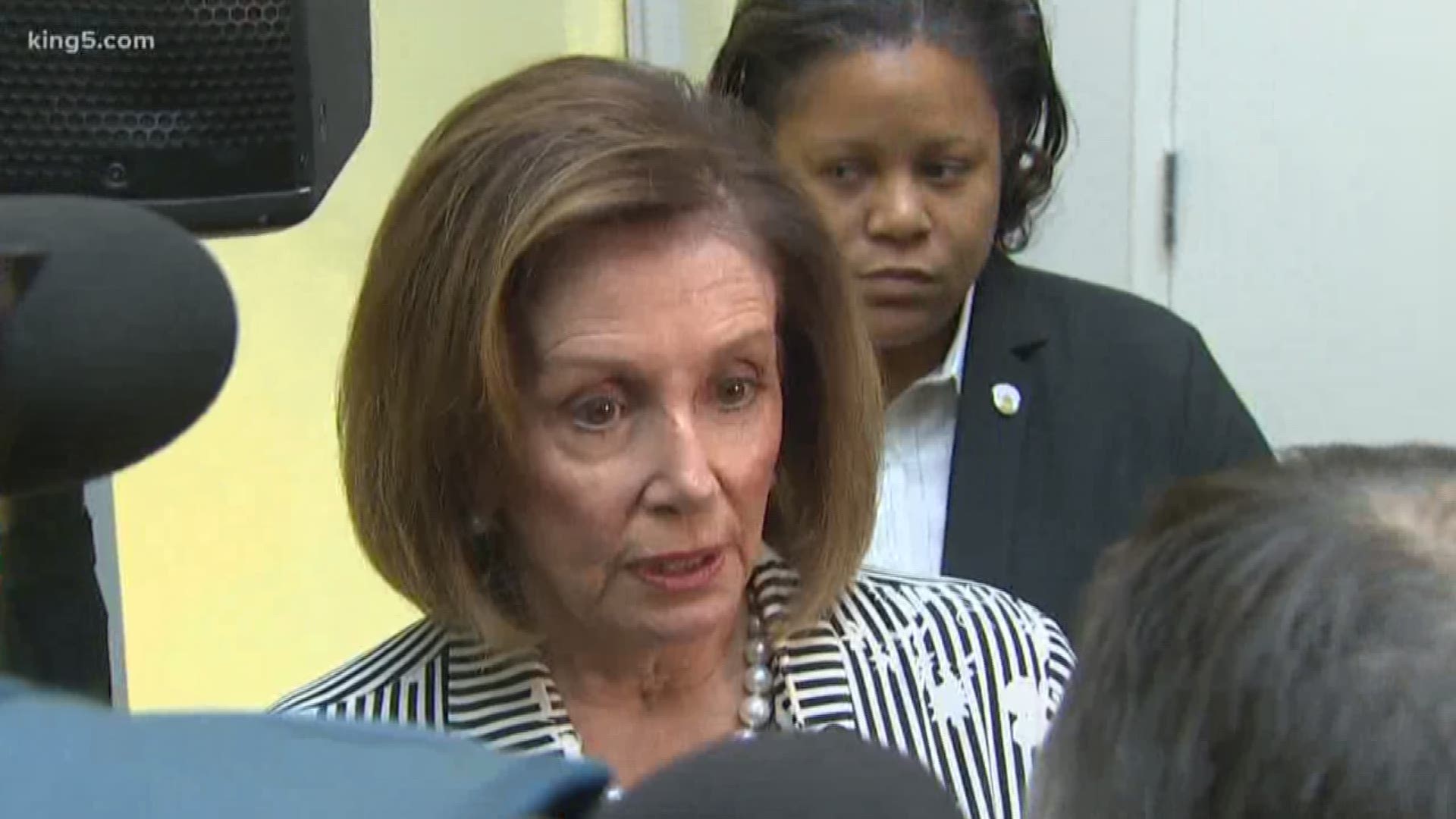 House Speaker Nancy Pelosi happened to be in Seattle on the same day a man with local roots became a key part of the impeachment investigation.

Pelosi, who was here to support Congresswoman Suzan DelBene in a forum over lower prescription drug costs, was forced to address the near-daily developments in the drumbeat towards an impeachment inquiry.

Today, it was the fact that the White House barred US Ambassador to the European Union, Gordon Sondland, from testifying in front of the house. Sondland is from Mercer Island.

RELATED: US envoy barred from impeachment hearing by State Department

“There will be a subpoena for him to testify,” Pelosi said to reporters. “Not any of us went to Congress to impeach a president, this is very serious for our country, and must be treated with respect.”

However, she continued, “(The President) is snubbing his nose at the vision of our founders, his disloyalty to the Constitution is something we have to study.”

When asked whether today’s developments constituted obstruction, Pelosi responded, “That remains to be determined, there will be a subpoena and we’ll see if they respond, article three of the Nixon impeachment was refusing to honor the subpoenas of Congress.”

RELATED: Trump declares it in writing: He won't cooperate in probe

Pelosi, who was reluctant to start an impeachment inquiry in the first place, said she has no timeline for this process.

“We want it to be done carefully, not hastily. But we don’t want to waste any time,” Pelosi said.

She was also asked about the President’s widely panned decision to pull troops from Syria, and the fears that could prompt mass casualties in the region.  Pelosi rolled her eyes noticeably, and said, “In the unmatched wisdom of the President of the United States, is that how he framed it?”

She added, “He has demonstrated once again to our world, to our allies, that we are not a trusted ally.”

RELATED: Iran urging Turkey against attack on Syrian Kurds after US forces step aside