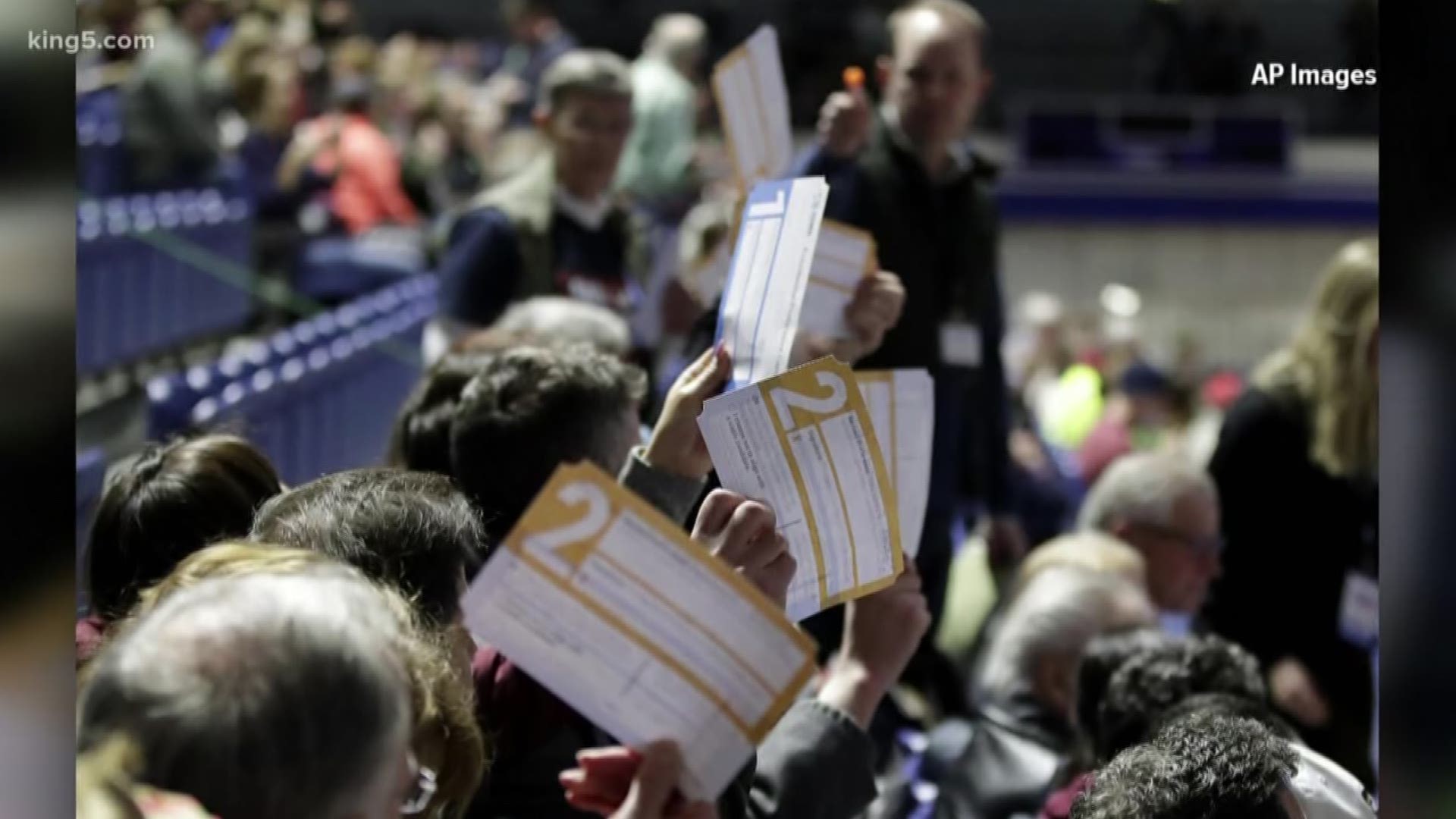 Momentum and party direction. Those are two of the things KING 5 News Political Analysts Ron Sims and Scott McClellan predicted would come out of the Iowa caucuses Monday.

The Democrats' turbulent 2020 primary season officially began with the Iowa caucuses. Due to an issue with collecting the results on an app, results came in on Tuesday afternoon instead of Monday.

When the results are tallied, tens of thousands of Iowa Democrats will have decided the results of their presidential caucus in the contest to challenge President Donald Trump.

“Iowa is kind of a launch pad, and if you’re really well organized and you have funds and you have a good message, you want to look at the top four," said Sims, who served in the Obama Administration as deputy secretary of the U.S. Department of Housing and Urban Development. "It’s never going to be the determined one for who is the best of them, but there will be some editing tomorrow."

McClellan said he was watching what the Iowa caucuses could say about the Democratic Party and where it's heading.

"The passion’s on the left in the Democratic Party, and the centrists have a lot of candidates right now, and that vote will start to come together once those candidates drop out of the race," said McClellan, who worked as a press secretary under President George W. Bush.

For the first time, the Iowa Democratic Party planned to report three sets of results from its presidential caucuses.

However, the party said on Monday that it experienced a delay in reporting results because of unspecified "quality checks." Communications director Mandy McClure said in a statement the organization found "inconsistencies" in the reporting of the three sets of results.

"In addition to the tech systems being used to tabulate results, we are also using photos of results and a paper trail to validate that all results match and ensure that we have confidence and accuracy in the numbers we report," McClure wrote. "This is simply a reporting issue, the app did not go down and this is not a hack or an intrusion. The underlying data and paper trail is sound and will simply take time to further report the results."

The new rules were mandated by the Democratic National Committee in a bid to make the process more transparent.

"I think we’re going to see a narrowing tonight out of Iowa,” Sims said.

RELATED: How well do the Iowa caucuses predict the presidential race?