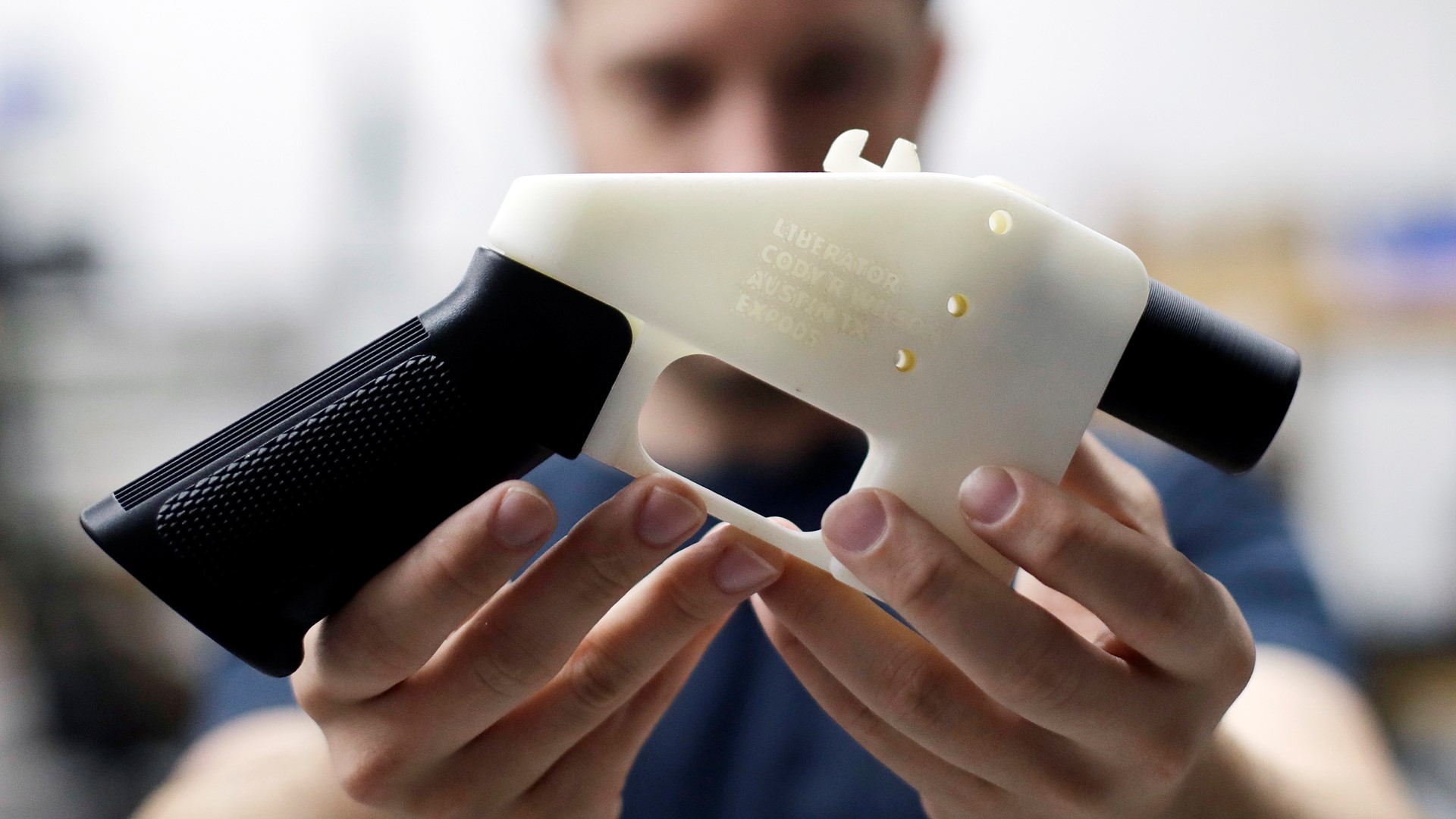 BELLEVUE, Wash. — Under mounting pressure in the wake of two recent mass shootings, President Joe Biden announced plans for a series of executive orders that he said are just a first step in a broader gun control agenda.

"Enough, enough, enough. This is an epidemic for God's sake and it has to stop," Biden pleaded on Thursday. "The job of any president is to protect the American people. Whether Congress acts or not, I'm going to use all the resources at my disposal as President to keep the American people safe from gun violence."

The orders would encourage states to enact "Red Flag Laws" designed to get guns out of the hands of the mentally unstable. They would also reduce access to "stabilizing braces" that make pistols more like rifles.

One of those pistols was used in last month's grocery store massacre that killed 10 people in Boulder, Colorado.

"That is the first and only time I have ever heard of a crime being committed with one of those things," said Dave Workman, spokesman for Bellevue's 2nd Amendment Foundation.

When asked if the Colorado massacre was one crime too many, Workman responded, "Nobody wants to see mass killings, but you can't penalize millions of people who own those things legally for the act of a madman."

Stabilizing braces would not be outlawed. Under the proposal, buyers would have to pay an additional $200 and submit more identifying information to the government.

The foundation is already warning of a presidential overreach and is threatening to sue the Biden administration.

Workman said gun owners are concerned the administration is moving toward a mandatory gun buyback program, and shutting them out of any meaningful conversations.

During his announcement, Thursday, Biden took a preemptive shot at gun control advocates, saying, "Nothing I'm about to recommend in any way impinges on the Second Amendment. They're phony arguments suggesting that these are Second Amendment rights at stake."

Workman countered, "The problem is the two sides haven't sat down. Nobody has invited the 2nd Amendment Foundation to the White House to have a chat about guns. I think this is a one sided argument."