More than $200,000 raised in Seattle Democracy Vouchers, so far 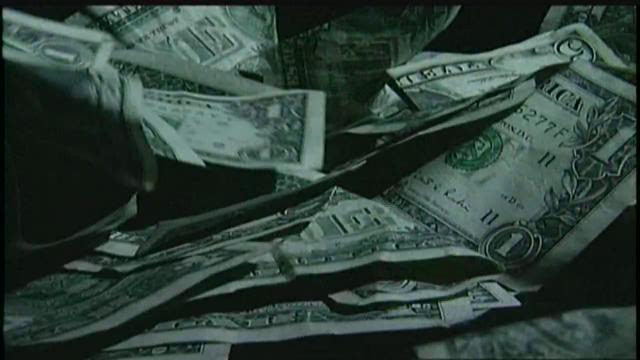 The August primary is less than two months away, and if you're registered to vote in the city of Seattle, you may have money to use that you've forgotten about.

Remember the new Democracy Voucher program? So far, more than $200,000 dollars worth of vouchers have been raised by candidates who have officially qualified for the program.

Look at the money

A handful of other candidates have applied for the program but are still in the process of qualifying.

Candidates in the process of qualifying

In the program’s first year, the vouchers can only be used for the two at large Seattle council races and the city attorney’s race. The program will apply to the mayoral race in 2021, but not this year.

“I love the program, overall,” said voter Rob Johnson who has already used some of his democracy voucher money.

“I probably wouldn’t have done it, without it,” he said.

Johnson voted for the first of its kind campaign finance initiative when it was on the ballot in 2015 and passed, putting money in the hands of Seattle voters who each get four, $25 dollar vouchers to use on participating candidates.

Seattle residents who are at least 18-years-old, as well as legal permanent residents may also apply for democracy vouchers and participate, if they meet the required criteria.

The vouchers are funded through a small property tax and designed to increase engagement, especially among those who wouldn't otherwise donate cash to a political campaign.

“Anything that encourages a population to get involved in the election process, to vote, and to feel like they're truly engaged in it, that's an absolute positive for us,” said Mike McQuaid of the South Lake Union Community Council.

“We innovate in Seattle. We absolutely innovate. Someone has to lead with this, and there's no better place than Seattle,” McQuaid continued.

McQuaid believes the vouchers could also help encourage increased participation of millennial voters, as well as new Seattle residents, a fast-growing population in the tech hub of South Lake Union.

Anne Howie, who works at Amazon, admits she doesn’t normally donate to political campaigns but thinks the vouchers could change that.

“I think you get people more engaged,” said Howie. “They'd be more willing to pay attention to what's going on in the political environment. It's free money, why not.”

Over in the Central District, voter Ken Torp plans to use his vouchers but would like to see the program reviewed and analyzed over the next couple of election cycles.

“Let’s try it for a couple of years, evaluate it and then take a good hard look at it. It’s a noble experiment, but the jury is out as far as I’m concerned,” Torp said.

While still in its very early stages, the Seattle Ethics and Elections Commission says the number of individual contributors in the at-large council races is already up around 15% 2015, the last year those races were on the ballot.

SEEC reports 5,276 contributors to date which includes Democracy Vouchers and other contributions, two months ahead of the August Primary. The total number of contributors in 2015 was 4,570, according to SEEC.

Frequently asked questions about the program, answered by SEEC:

When should I use them?
It’s up to the voter, but vouchers can be used anytime through November 2017.

Are there “do-overs” if I assign my voucher to a candidate who doesn’t qualify for the program?
No. Once a voucher is assigned, it cannot be reassigned.

How do I get replacements?
Call the Democracy Voucher Office at (206) 727-8855 or e-mail democracyvoucher@seattle.gov to request replacements. You will be asked to provide your name, date of birth, and mailing address.

Can my vouchers be given to mayoral candidates?
Not this year, but they the program will apply to the mayor’s race in 2021.

Where are Democracy Vouchers being used, by neighborhood: