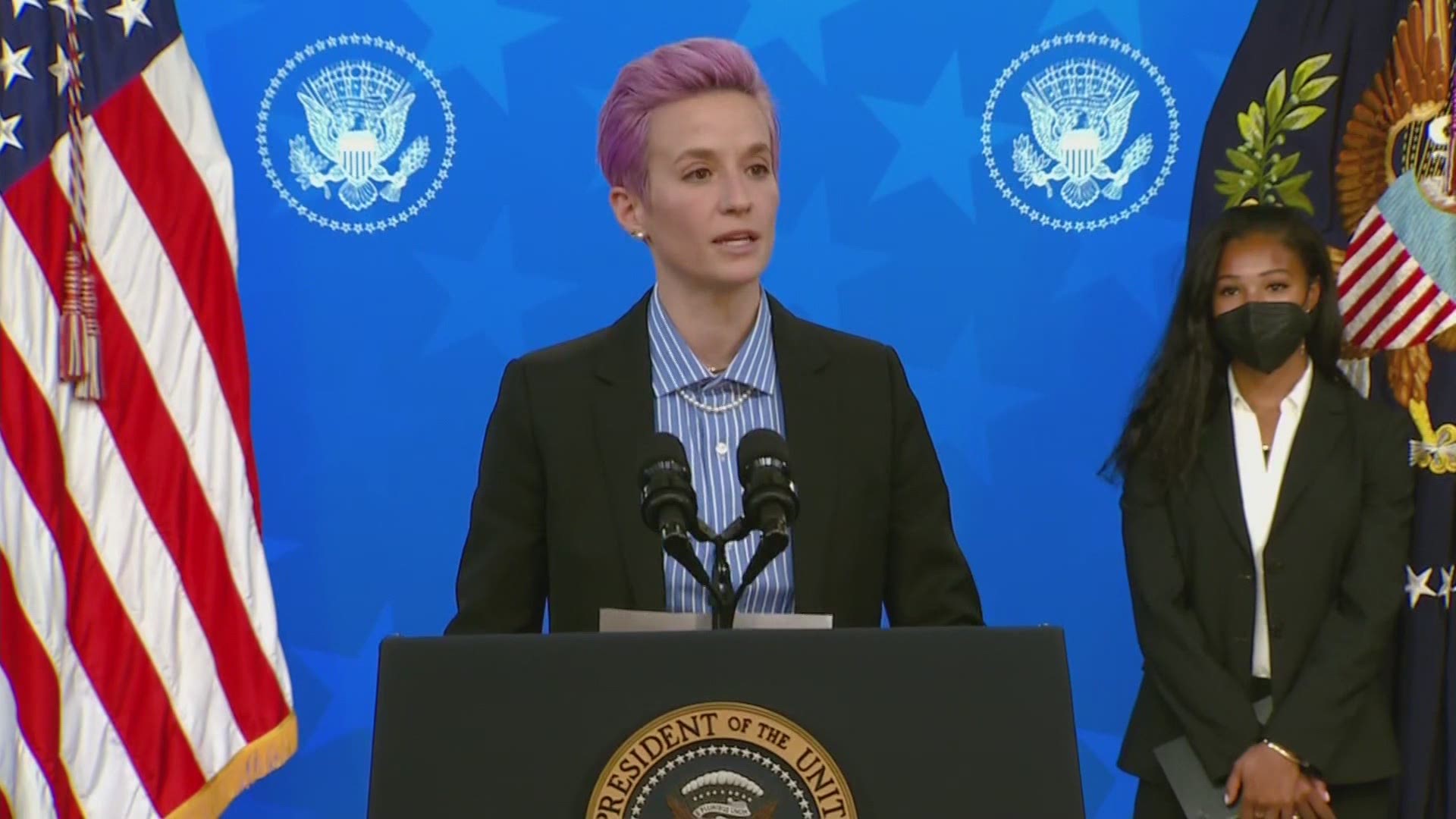 In a prepared statement before the House Committee on Oversight and Reform, Rapinoe said there is "no level of status, accomplishments, or power that will protect you from the clutches of inequality. One cannot simply outperform inequality of any kind."

Rapinoe went on to point out that despite the Women's National Team winning four World Cup championships, four Olympic gold medals, filling stadiums and more, they are paid less than men.

"And if that can happen to us, to me, with the brightest lights shining on us – it can and it does happen to every person who is marginalized by gender," Rapinoe's statement reads.

Rapinoe and her teammates on the World Team and Reign FC have been fighting for equal pay after gaining international attention through the team's success.

Equal Pay Day represents how far into a new year a woman must work to be paid the same as a man for the year before.

On average, women make 82 cents for every dollar a man makes, which is why they would have to work into late March to make the same as a man does in a year.

When you break down the demographics, it gets even worse. For Black women, Equal Pay Day falls on Aug. 3. For Latinas, it is Oct. 21.

During the pandemic, at least 2.1 million, were forced out of their jobs when coronavirus hit.

By January 2021, nearly 80% of working adults who left their jobs were women, according to the National Women’s Law Center. 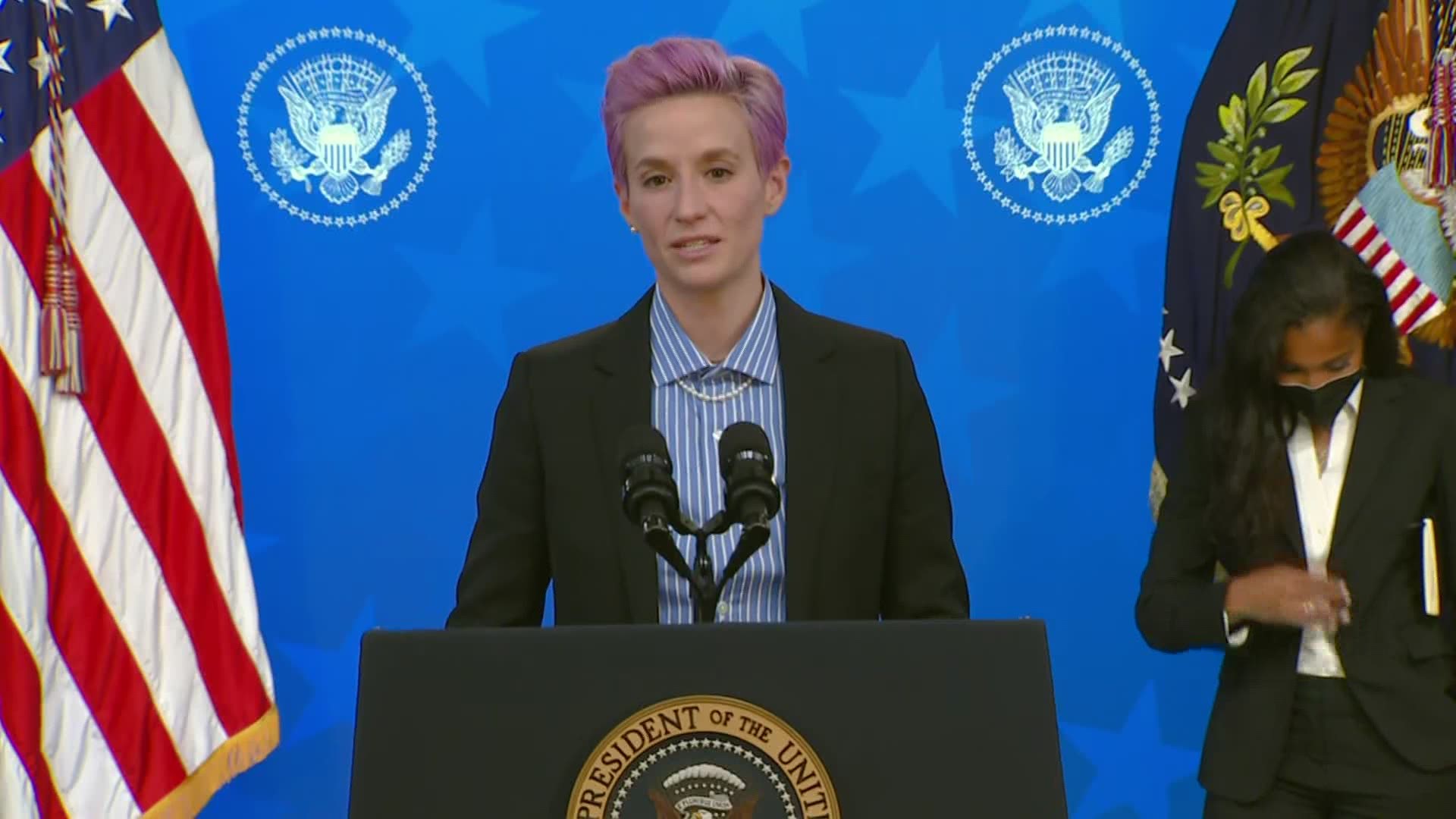