The KING 5/SurveyUSA poll shows the majority of voters in Washington state gave President Joe Biden positive marks, but there is a split along party lines. 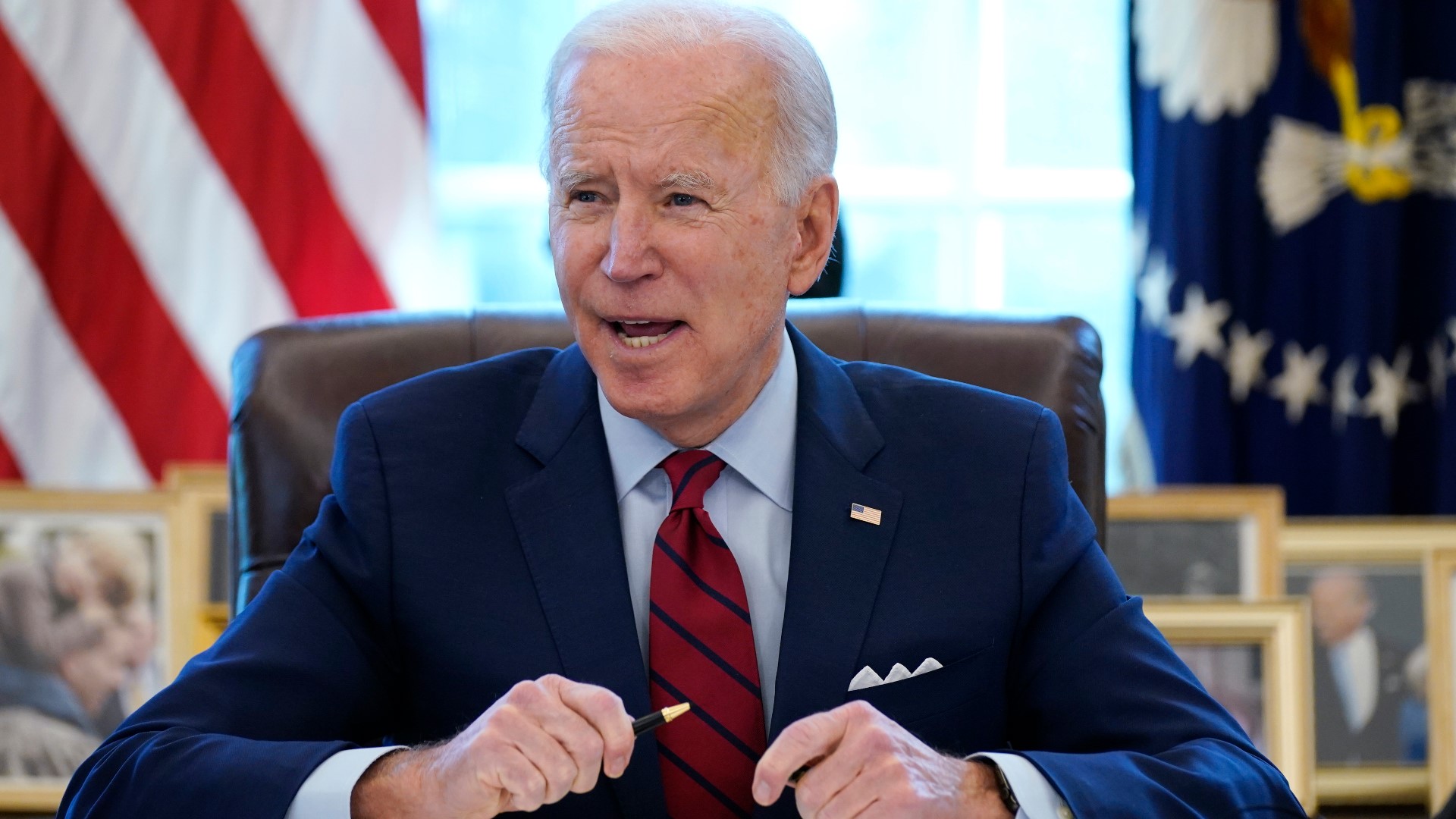 President Joe Biden won the state of Washington in the general election and he's still winning with statewide voters, according to a new KING 5/SurveyUSA poll.

KING 5 polled 650 people across Washington Feb. 8-9, about three weeks after Biden took the Oath of Office. Of registered Washington voters, 56% approve of Biden's job as president and about 28% disapprove. That's a 2-1 margin.

There is deep polarization. Almost every Democrat polled (94%) liked Biden's job thus far, and more independents said they approved (40%) than said they disapproved (35%). But about 68% of Republicans disapproved of the job Biden was doing so far.

Those numbers are all better than Washington Gov. Jay Inslee in the same survey, and significantly better than former President Donald Trump at any point last year.

In the general election, Biden won Washington state with almost 58% of the vote compared with Trump's 39% of the vote.

Sims said vaccine distribution is weighing heavily on both Biden and Trump's numbers.

"I would expect that if the federal government finally gets all of the vaccines we need in this state, he doesn't short us and we have a distribution system. And then people finally get the shots will see the numbers improve," Sims said.

If that's the case, Biden's numbers may also get a shot in the arm.