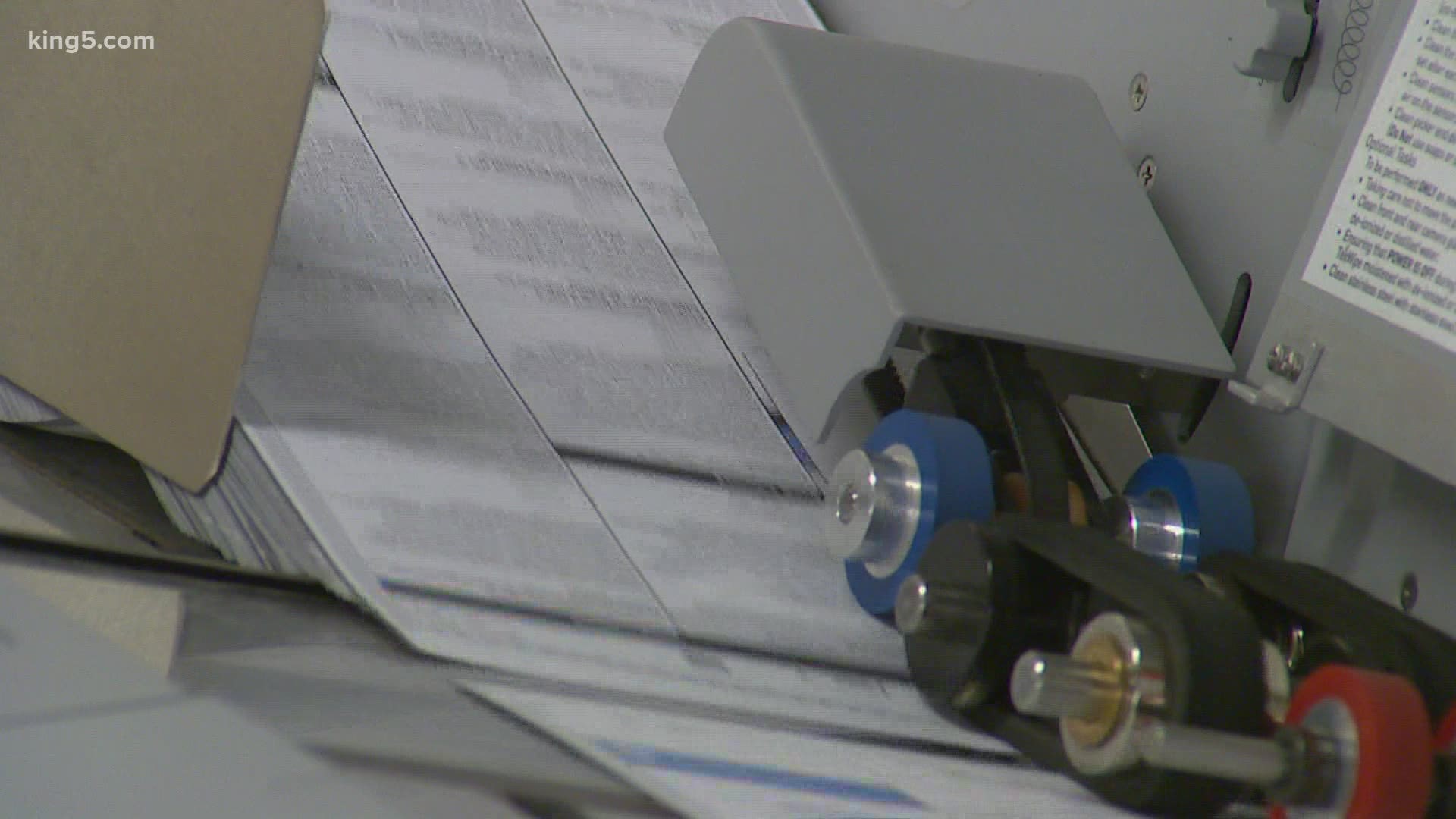 On Wednesday she announced 1.4 million ballots were mailed out and should be at homes by Monday.  She also explained that more steps have been taken to secure ballots at the Renton headquarters and track them during this cycle.

"We've added an intelligent mail bar code to the return envelopes. While we have long tracked data delivery this new feature allows us to track individual ballots through the mail system and identify any concerns," said Wise in a press conference.

She also showed reporters how all ballots are secured in a locked, gated spot inside the building, only accessible by certain employees with badges, and fingerprint technology.  The returns are not connected to any active internet server.

"We are ready for anything this election is going to throw our way," she said.

But there is still heightened concern over the process here, and around the country.

An exclusive KING 5 News statewide poll of nearly 600 likely voters, shows that 44% are concerned or extremely concerned about the accuracy of election ballots.

That number grows when the question is asked more broadly about other states: 61% of those surveyed said they were concerned or extremely concerned.

The number grows again when the same voters were asked about the potential for civil unrest without a clear victor on Election Night, with 71% saying they're concerned or extremely concerned.