California Sen. Kamala Harris is the first woman, Black woman, and Asian American woman to hold such high office in the White House. 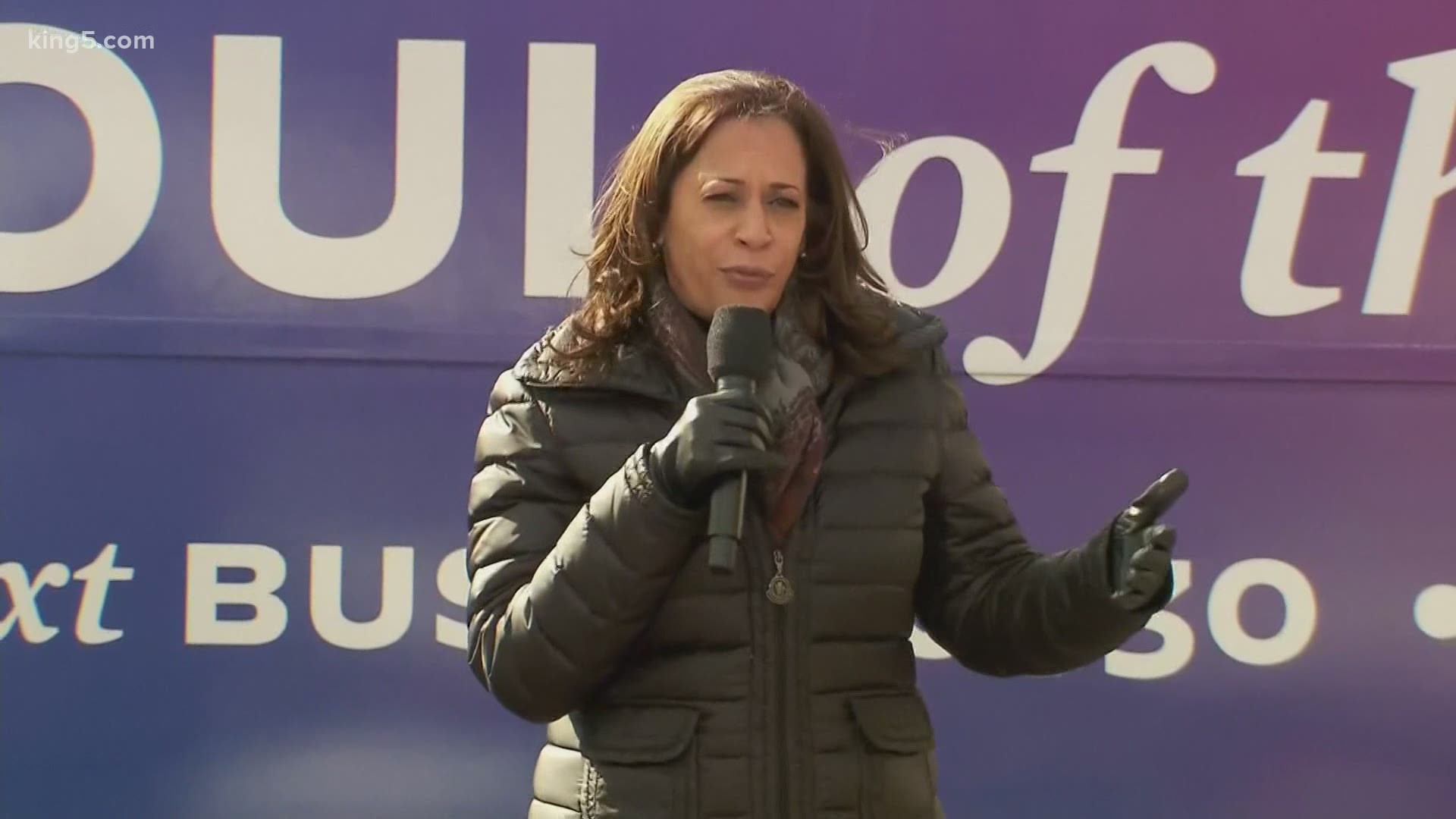 “Seeing someone that looks like you, leading, knowing that women of color have led this country since its institution, but having that honored and having that recognized feels salient and it feels timely,” said Brianna Thomas, board member at large of the Women’s Political Caucus of Washington.

The Women’s Political Caucus of Washington advocates for increasing the number women holding elected and appointed offices at all levels.

“To have a Black woman and a south Asian American woman, who is the daughter of two immigrants representing the best of where our country is when we come together, and we forge forward and that’s what her representation really means for so many people,” said Alexis Turla, diversity co-chair for the Women’s Political Caucus of Washington.

Lalita Uppala is the executive director of the India Association of Western Washington. She said it’s been a struggle to get south Asian community members engaged in politics due to the lack of representation.

“[Harris] is the personification of the country telling us and our community that, ‘you belong here.’ To me those words, ‘you belong here’ were something I wasn’t sure about. It is something that she represents today, and to me that shakes my core up,” Uppala said.

“My daughter and my community’s daughters and granddaughters and our generations to come will now see someone who looks like them in the White House,” Uppala continued.

Uppala hopes this is the step toward not only representation, but for more political involvement for Asian Americans.

“There’s hope, and there’s someone who is listening to you. To have that, to have representation that you know listens to you, that you know you can reach out to and that you can look toward and say, ‘If her parents and her forefathers could have done it, so can I do it for my generations to come,'” she said.

Harris, the daughter of immigrants, has worked closely with Rep. Pramila Jayapal on issues such as immigrant rights.

“This is such a consequential election and it means so much that we can breathe again, that we can wake up in the morning and be less afraid for our kids, for our sisters and brothers and siblings and certainly for ourselves to be able to really contribute to this country again and be respected for our voice,” said Jayapal. “There are immigrant kids and Black and brown kids across this country and adults too who look at their futures differently because we are here.”

4 years ago, @KamalaHarris became the first South Asian American woman ever elected to the Senate. Now, she's the Vice President-Elect of the United States!! We've not only shattered ceilings, but we've constructed a different path for millions as they imagine their own futures. pic.twitter.com/bxEybpdm9D

For many, Harris is the embodiment of the American dream, but also a symbol that there’s more work to be done in this country toward true representation.

“Anyone can come here, and they can have an opportunity to fulfill what their dreams are, what their hopes are to represent and stand up for their community,” Thomas said. “Creating those bonds that tie us together, creating that more perfect union is an on-going body of work.”

“I hope that this is setting a course, that this is the normality of what our country looks like and what can be achieved,” Turla said.