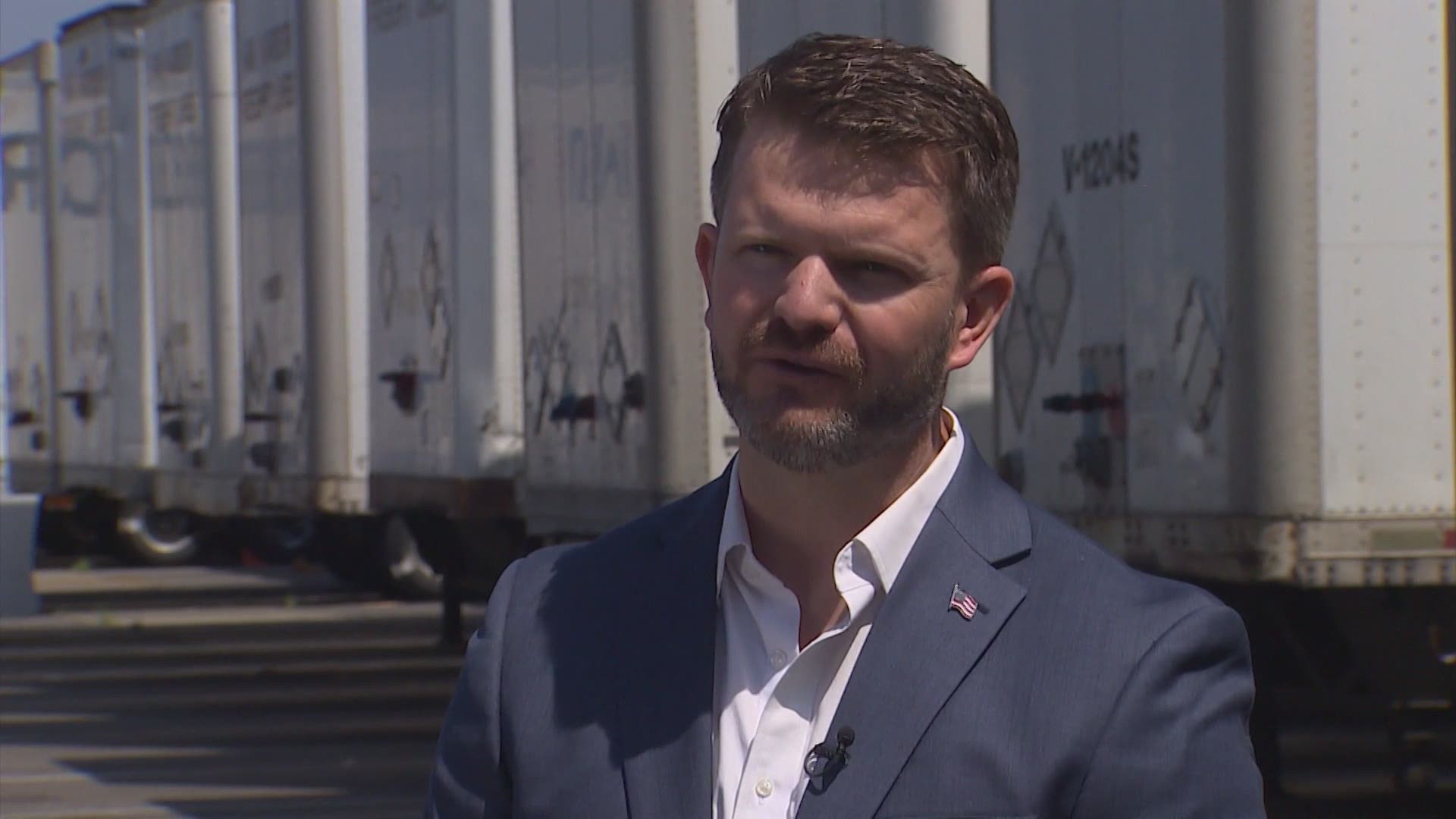 OLYMPIA, Wash. — Jesse Jensen is making another run for Congress, and this time is likely to get more financial backing.

The Bonney Lake Republican and former Army Ranger says he will take on Democrat incumbent Kim Schrier in the 8th Congressional District, a position the GOP hopes to flip in order to regain control of the US House.

"We know we're going to take this seat back," said a confident Jensen while on a campaign stop Tuesday at the Oak Harbor Freight Lines office in Auburn.

Jensen was massively outspent in 2020. Federal Election Commission records show Schrier had $5.4 million in contributions in the campaign cycle. Jensen raised $857,000 in the same period. Yet, the political newcomer made a relatively strong showing in the general election. Schrier beat Jensen 51.71%-48.15%, despite strong headwinds against the sitting president.

The 8th District currently includes parts of suburban King and Pierce counties, along with Kittitas and Chelan in central Washington.

Jensen went out of his way Tuesday to attack Schrier's voting record, while also touting a need for an infrastructure bill and election reform.

With Democrats in the House maintaining a slim 219-211 advantage, other Republicans are already signaling this race will be different.

"Unfortunately with 2020 being a big presidential year, money went elsewhere, but I don't think National Republicans will make the same mistake," said Washington GOP Chairman Caleb Heimlich, acknowledging that he believes last year's race was a missed opportunity for his party.  "I was banging on the drums in that top two primary, you can see what I was saying then, we can win."

However, millions were spent in a competitive race in 2016, when Schrier beat Dino Rossi. Podlowski hinted that there is work to be done.

"Kim has an incredible track record of the work that she's done for the people in the eighth congressional district. I'm really confident that that means that Kim Schrier is going to win this race again."

The race will also likely lean on so-called identity politics, with questions about the January 6 insurrection and election reform as topics. When pressed on Tuesday, Jensen said the election was legitimate.

"President Biden is the president. Every single state in the Union has certified that vote," but, he added, without supplying proof. "I think that absolutely there was fraud in this election and that should be investigated."

Jensen said he wasn't in favor of nationalized standards for voting, and that "local control is incredibly important."

As far as whether the former president was behind the events of January 6, Jensen said, "The events on January 6 are reprehensible. The folks that are responsible for that are being and should be prosecuted."

He also said he was in favor of an independent, bi-partisan commission on the events of that day.