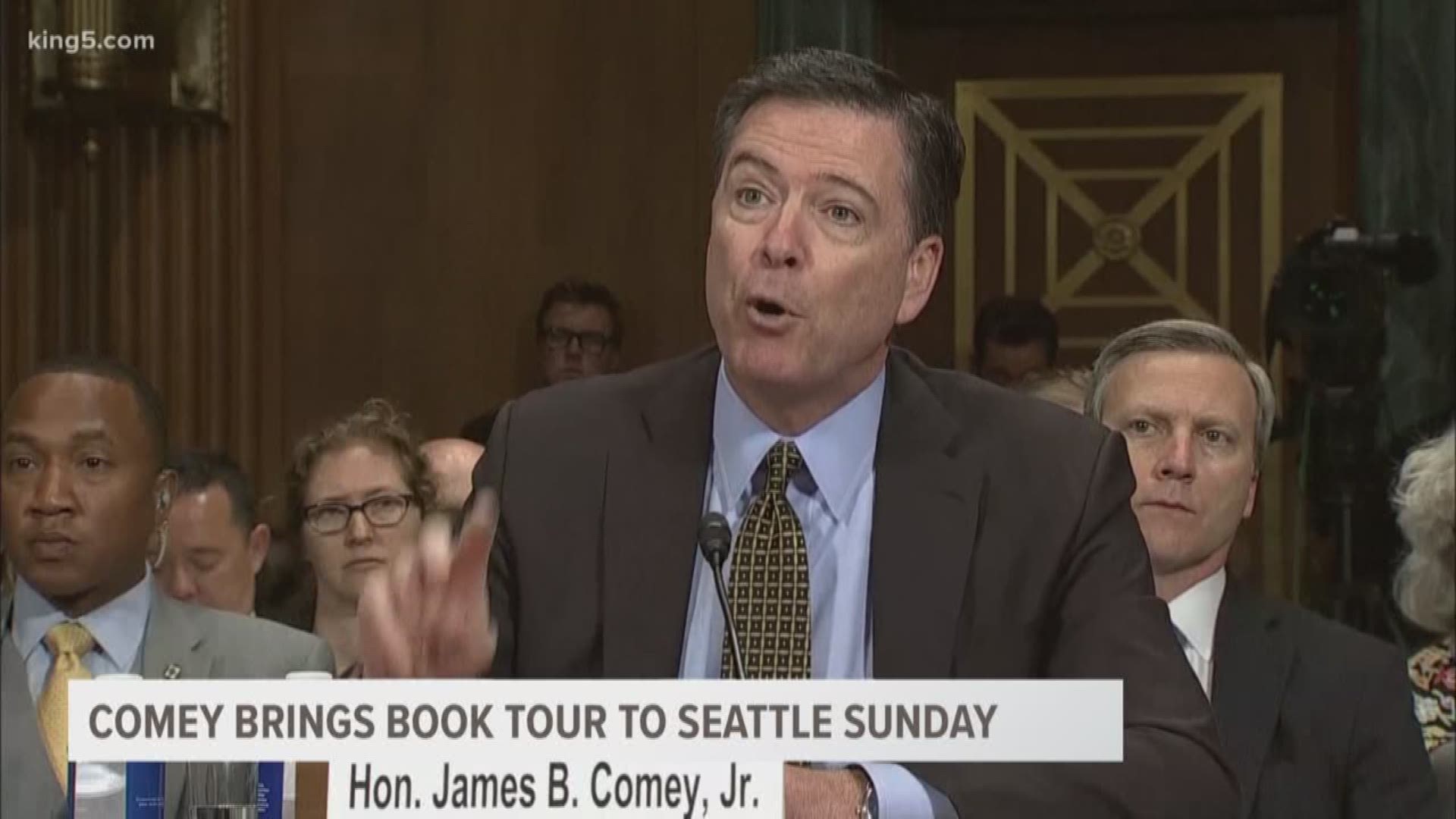 The venue, Campion Ballroom, fits around 700 people, according to organizers.

Media will not be allowed to cover the event, per Comey’s publisher.

In his tell-all book, A Higher Loyalty: Truth, Lies, and Leadership, Comey details private interactions with President Donald Trump. Comey, who was fired by Trump last year, compares the president to a mob boss and blasts Trump for being “untethered to the truth.”

Elliott Bay has declined to reveal how many copies of the book were pre-ordered locally. At Seattle Public Library, more than 1,000 copies were put on hold, according to the library’s website.