Inslee: WA will 'not be willing participant' in immigration crackdown 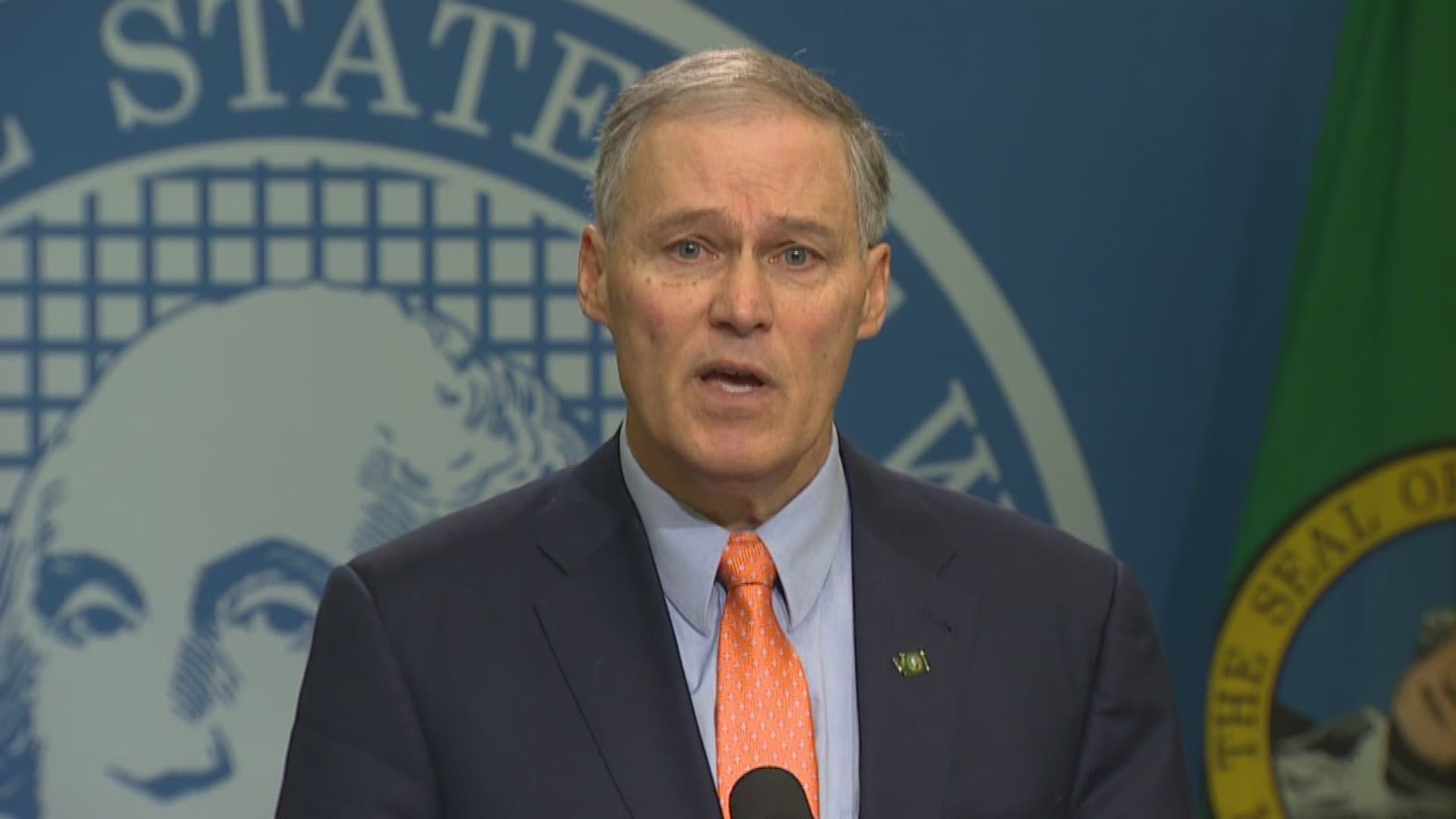 "This executive order makes clear that Washington will not be a willing participant in promoting or carrying out mean-spirited policies that break up families and compromise our national security and importantly our community safety," said Inslee.

Trump has said he wants to expand the number of deportations of people in the country illegally.

Inslee said Thursday his order reaffirms the state's commitment to tolerance and ensures that state workers roles are to provide services for residents and not to enforce immigration statutes.

"It's important that our law enforcement agencies - those who are charged with protecting us from crimes of burglary and mayhem and assault - when they roll up to a scene of a crime, they need to have witnesses who are willing to talk to them. It is imperative for our personal and community safety."

Inslee has been a vocal opponent of Trump and supported the lawsuit filed by Washington Attorney General Bob Ferguson that led to a judge temporarily halting the president's travel ban aimed at immigrants from seven predominantly Muslim nations.

Inslee said principals in schools have told him some students are afraid to come to class because of President Trump's immigration ban.

When asked if he would stand by his executive order if the Trump Administration pulls funding from the state, Inslee said: “This president is bound by the law.”

He added the federal government can’t deny federal benefits to states, counties or cities for a purpose that has nothing to do with what the money is supposed to be spent on.

"If they think they can jerk the state's Medicaid money because we won't become mini ICE agents, they're wrong. It's not going to happen. They’re going to lose in court," said Inslee.