Inslee focuses on transportation in next stage of climate fight

Gov. Inslee proposed several bills to combat climate change including adopting a clean fuel standard and requiring 25% of vehicles sold to be zero-emissions by 2025. 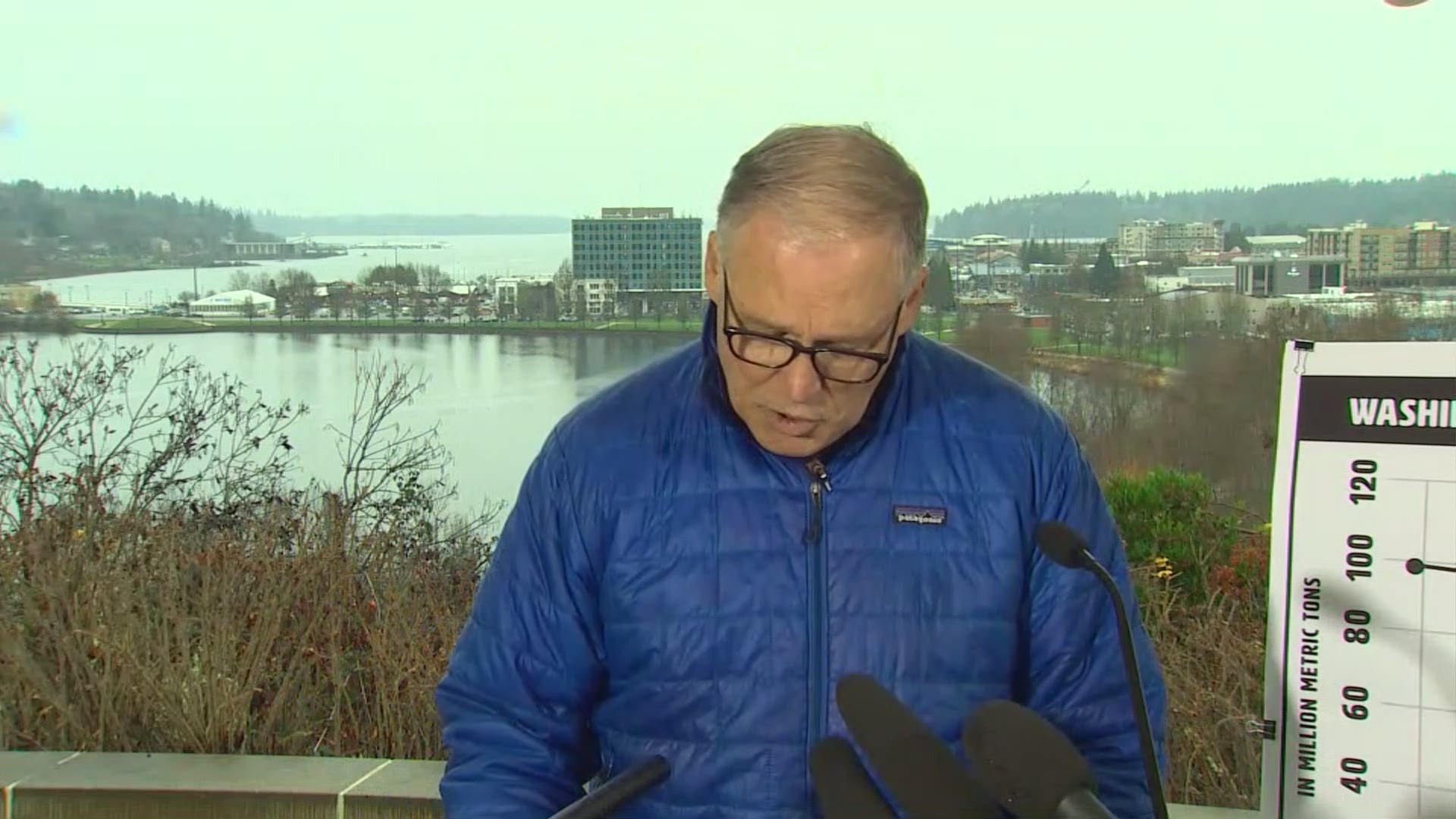 Inslee says his first bill would work to align Washinton state emission targets with the latest science and encourage carbon sequestration, which is the process of capturing and storing atmospheric carbon dioxide.

The second bill is for the state to adopt a clean fuel standard aimed at encouraging the use of low-carbon fuels and the production of those fuels to help reduce greenhouse gas emissions. California, Oregon, and British Columbia have already adopted clean fuel standards, Inslee said.

Inslee is also pushing for a bill that requires rideshare companies to reduce their fleet's greenhouse gas emissions.

Inslee also wants the Department of Ecology to include the latest climate science in the state's environmental assessments.

The Department of Ecology released its recommendations for the Legislature Thursday in conjunction with Inslee's climate plans that calls for Washington to make deep cuts in greenhouse gas emissions by 2030, and eliminate nearly all sources of carbon pollution by 2050.

“These won’t be easy targets to reach,” said Maia Bellon, Ecology’s director. “However, our state faces dire threats from climate change, so we need to roll up our sleeves and do what is necessary to protect our communities, our environment and our economy.”

The Department of Ecology issued recommendations in 2016, but those were not adopted by the Legislature.

"It's time for the Legislature to take this action," said Inslee, who will present these bills during the 2020 legislative session.

RELATED: Inslee signs mandate for carbon-free electricity in Washington by 2045

Earlier this year, Gov. Inslee signed a measure to make Washington the fourth in the nation to transition to 100% renewable energy by 2045.

Washington, which relies heavily on hydroelectric power, already generates more than 75% of its electricity from carbon-free sources, including renewable energy. The measure requires utilities to eliminate coal as an energy source by the end of 2025 as the first step toward a goal to provide carbon-free electricity by 2045.

Inslee signed several other bills that were part of his legislative agenda this year, including a measure that seeks to make large commercial buildings more energy-efficient.

Inslee also signed a measure earlier this year that restores a sales tax break for electric vehicles that had expired in 2018.