Inslee at lowest approval ratings in more than a year, statewide poll finds

The poll of 650 adults shows that, of registered voters, 48% approve of the job Inslee is doing, as opposed to 36% who disapprove. 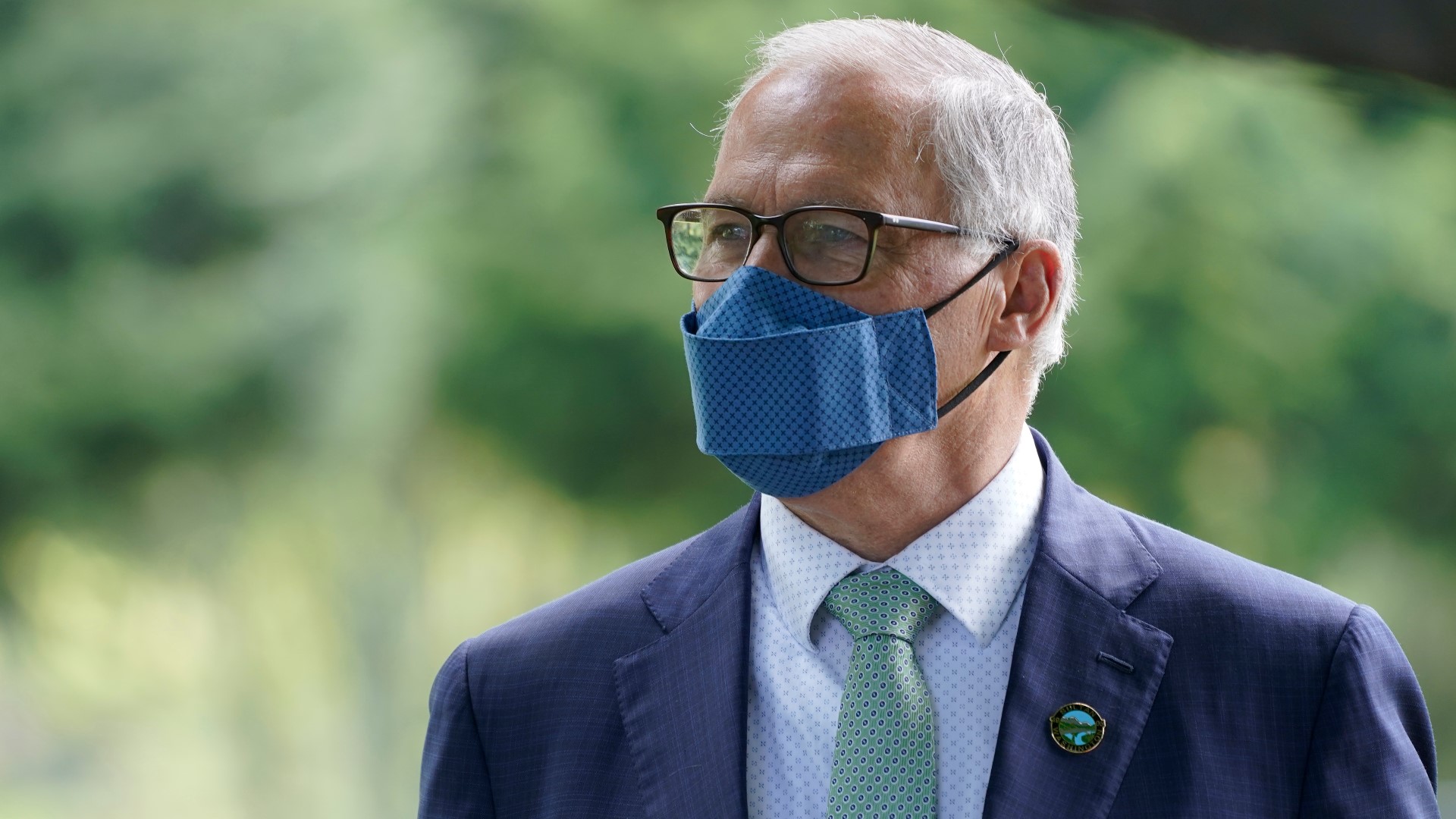 OLYMPIA, Wash. — A KING 5 poll shows Washington Governor Jay Inslee at his lowest approval ratings since before the pandemic.

The poll of 650 adults, conducted April 29 through May 5 shows that, of registered voters, 48% approve of the job Inslee is doing, as opposed to 36% who disapprove.

KING 5 tracked Inslee's performance since January of 2020 when he scored a 41% approval rating.  Inslee peaked at the beginning of the pandemic and through the summer and is now down 12 points since July.

"There is a lot of tension there among the electorate that some that really want to see things move a little bit quicker towards opening up," said KING 5 Political Analyst and former Bush White House Press Secretary Scott McClellan.

McClellan noted that Inslee scored low among independents as well.

"It seems that he has some work to do there in terms of reaching out to independents," McClellan said. "And I think some of that may be reflected in terms of how he has prioritized public health, above all else, in terms of pandemic response."

Inslee spokesperson Mike Faulk said that the governor's schedule was too packed on Monday to discuss the poll's findings. But he did issue a statement saying, "Polls come and go. The people of Washington have elected Jay Inslee governor three times, including the landslide in 2020 when polling showed similar approval ratings as now. The governor is committed to all Washingtonians regardless of politics, and that’s reflected in a COVID pandemic response that has saved thousands of lives."

Yet, Republicans are seizing upon the idea that the public sentiment is shifting on Inslee's COVID-19 response, in particular the phases of a return to normalcy. Pierce County leaders from both parties have criticized Inslee's decision to move the county back to Phase 2, while putting a pause on other counties in a similar situation, and have even threatened a special session over the issues.

House Republican Leader JT Wilcox of Yelm told KING 5 it is "not uncommon for a politician to have the people rally behind him when it's perceived to be an emergency. And then it's not uncommon to watch the collapse, either," he said, adding that it "certainly happened to President Bush, the first President Bush in the first Gulf War."

"In Pierce County, I think people have seen how the governor's mandates can seem to be extremely unfair, very contradictory, not really, very tied to public safety, and capricious. And so I'm sure that that's having an impact on the governor's ratings as well."

Inslee was re-elected to a third term in November. Wilcox believes the policy issues, and Inslee's performance could be a boon for Republicans in 2022.

"Certainly every member in the Washington State House of Representatives will be up for election, and half the senators, so those things are important," he said.