A WSU professor says splitting Washington state probably isn't going to happen in our lifetime, and it may be more about rallying people behind other ideas. 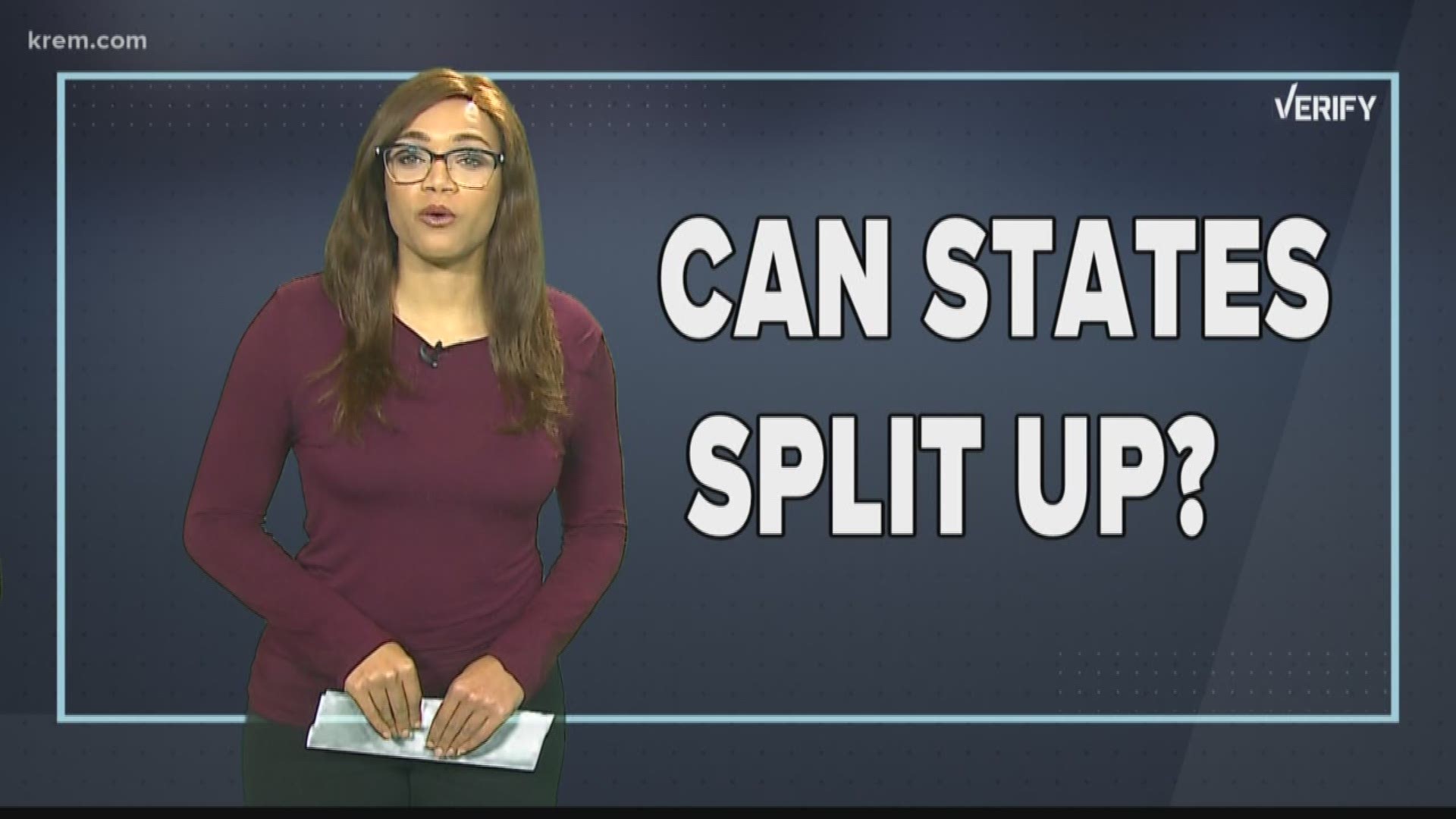 Splitting Washington state likely won't happen in our lifetimes. But in the unlikely event it did, people living on both sides of the Cascades would feel it.

Residents of eastern Washington, for example, would no longer receive the benefits that come with higher revenue from the western side of the state.

"In terms of looking at tax revenue and government expenditures, it's clear the western side of the state subsidizes eastern Washington," he said.

Another way to look at it is that for every $100 paid in taxes in eastern Washington, the state returns $133.

A comparison of counties by ratio of expenditures and revenues from the Office of Financial Management shows four in western Washington pulling in more revenue than the state spends; and one county in eastern Washington doing the same.

A spokesperson from the Office of Financial Management says the report is the most recent version and researchers are working to get updated expenditure data.

If a split did happen, it would likely cause an increase in taxes if residents wanted to maintain the same level of services.

But splitting Washington state in two probably isn't going to happen in our lifetime.

"I think that, in many ways, it's symbolic," Clayton says.

Two Spokane Valley representatives introduced the legislation that would geographically divide the state - at the Cascade mountain range - and create a 51st state called "Liberty," as KREM reported in January.

“The western boundary of Liberty follows the crest of the Cascade mountains and the western borders of Okanogan, Chelan, Kittias, Yakima and Klickitat counties. The eastern, northern, and southern borders of Liberty are the existing state borders,” the bill from representatives Matt Shea and Bob McCaslin reads.

The bill outlines transition committees that would help form the new state and government representation.

Professor Clayton says, whether serious or not, proposing a state split may be more about getting people behind the lawmakers' other ideas and an expression of the frustration over the political dominance the western half of the state has.

A month after House Bill 1509 got its first reading, legislation that would repeal the state's latest gun laws was read. House bill 2103, sponsored by Rep. Shea, argues I-1639 is unconstitutional and punishes law-abiding citizens. I-1639 raises the purchase age of semi-automatic rifles to 21, incentivizes safe storage, and creates enhanced background checks for rifles that are line with the checks for handguns in the state. The initiative also authorizes the state to require gun sellers to add $25 to sales of semi-automatic rifles to pay for new regulations.

“Initiative 1639 is unconstitutional in many respects and punishes law-abiding citizens, while doing nothing to keep firearms away from criminals. We live in a Republic, not a Democracy. A Republic is based on the rule of law which means every law that is passed must be constitutional. It is very clear this initiative is not, and thus the reason for the repeal.”

Could it really happen?

Still, Clayton says he doubts the idea of splitting the state would get majority support.

According to the Constitution, no new states can be formed within the jurisdiction of another state, "nor any state be formed by the junction of two or more states, or parts of states, without the consent of the Legislature of the states concerned as well as of Congress."

Hugh Spitzer, a law professor at the University of Washington, told KREM this can be interpreted to mean that states can be split in two if the state Legislature and Congress agree to it. He added some argue that point and say though states can be merged and land can be transferred, a state cannot be split even with legislative and congressional approval.

Even if it was feasible, convincing enough voters to support the idea would be a hurdle. Other barriers include the creation of a new governing body.

The last time a state successfully formed from another state was in 1863 when West Virginia broke away from Virginia.