Deep Dive: The legacy of Jim Crow and is it really similar to I-1000? 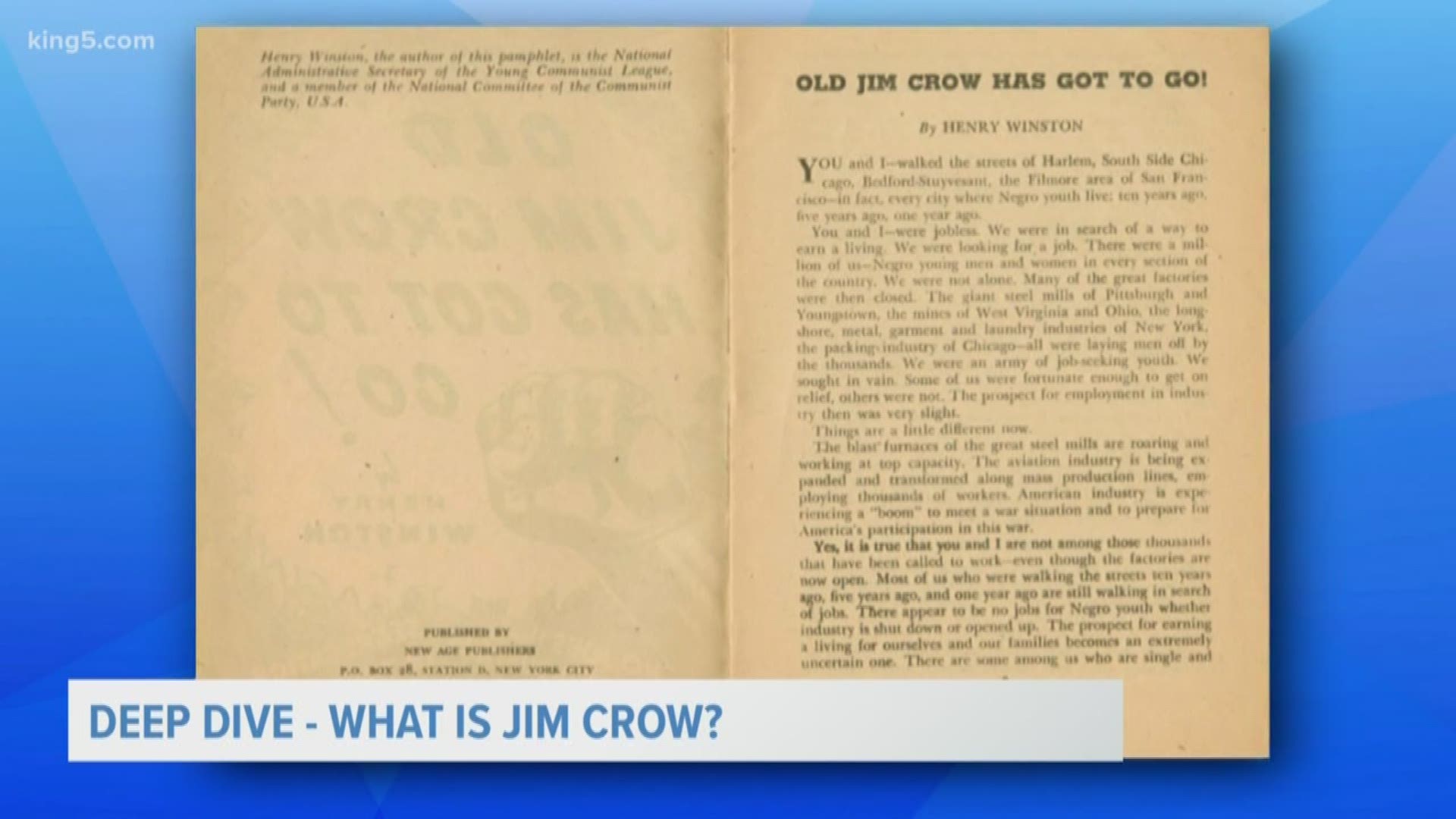 Referendum 88, if approved, would reinstate I-1000, which would restore affirmative action in the state of Washington, without the use of preferential treatment.

One of its leading opponents Kan Qiu, has publicly stated that this legislation is similar to Jim Crow Laws.

In The Seattle Time's podcast - The Overcast, Qiu said, "Jim Crow is government sanctioned discrimination. I actually don't see the difference between Jim Crow law and I-1000."

RELATED: Voters to decide if affirmative action returns to Washington

Under I-1000, an individual's gender, military status, race, or mental or physical disability can be used as one factor in hiring or recruiting. Under the proposed law, it can't be the sole factor and the candidate can't be less qualified.

Jim Crow was actually a performer by the name of Thomas Rice. He performed in the late 1800s and was one of the first performers to wear black face and portray black people in an exaggerated and stereotypical manner.

RELATED: What is Referendum 88 in Washington state?