The House has passed to make D.C. the 51st state of the United States. 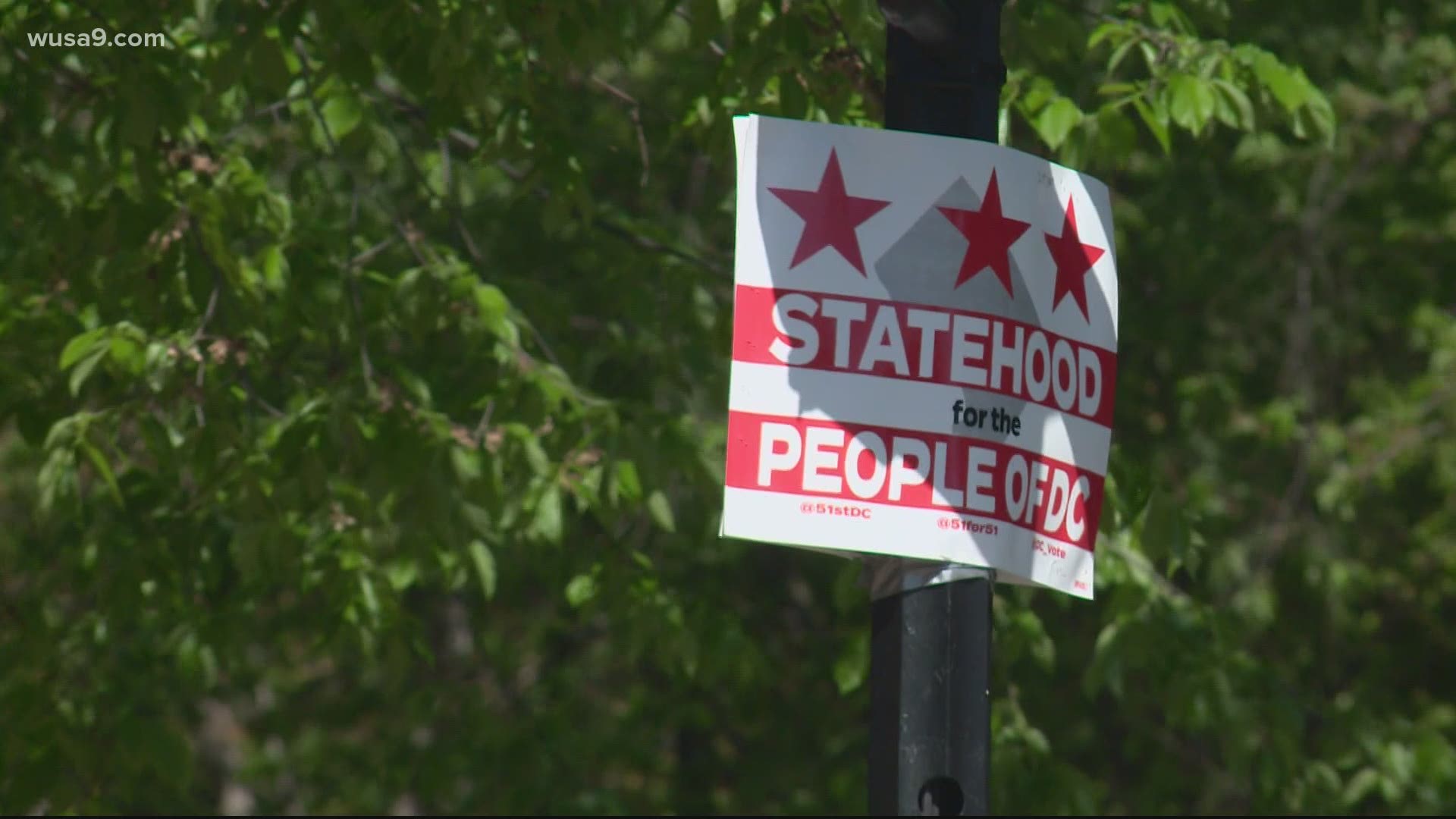 WASHINGTON — The U.S. House of Representatives passed the bill to make Washington, D.C. the 51st state of the United States.

D.C. Statehood Bill HR 51 was approved with a 216-208 vote in the House. The bill is expected to make its way to the Senate for voting.

According to D.C. Mayor Muriel Bowser, 45 Senators have already acknowledged that the country will be stronger with D.C. as an official state.

“Today, every member of the House of Representatives who voted in favor of D.C. statehood made the decision to believe in a stronger, more inclusive democracy. We are especially grateful to Congresswoman Eleanor Holmes Norton who has led this cause for over three decades," Bowser said.

D.C. Delegate Eleanor Holmes Norton (D) has been a leading force in obtaining statehood and said Wednesday this is the most confident she has felt about its passage in her 30 years in Congress.

The Biden Administration announced Tuesday they fully support D.C.'s push to become the 51st state of the United States.

Establishing the District of Columbia as a 51st state means full representation in Congress and the opportunity for residents of the city to have equal participation in the country's democracy, the Biden administration said.

Republican opponents of the bill said Thursday on the House floor that the push for statehood was a way for Democrats to consolidate their power in Washington. To which supporters said how somebody votes cannot be a test of whether they have a chance to vote.

In the words of D.C. Mayor Muriel Bowser, this move will bring an end to the disenfranchisement of more than 700,000 Americans who live in the District.

The House Committee on Oversight and Reform held a markup of H.R. 51 (the Washington, D.C. Admission Act) and voted 25-19 to advance the bill out of committee. Under the bill, D.C. would be renamed Washington Douglass Commonwealth, named after Frederick Douglass.

RELATED: VERIFY: Explaining how DC is governed and how statehood could impact that

Advocates of statehood point out the District has a larger population than Wyoming and Vermont and that D.C. pays more in federal taxes per capita than any state.

He also says we are in a different position than last year as @JoeBiden announces his support for #HR51 @wusa9 pic.twitter.com/IrRNAZKF97

In a Senate that's frequently deadlocked between parties, representation for D.C. could tilt the balance in Democrats' favor. For that to happen, the statehood bill must first pass both the House and Senate, something it's never done before.

In 2020, the House passed a similar statehood bill but the Senate declined to take up the legislation. The Senate version of the D.C. Statehood bill is likely going to need the support of every single Democrat unless a Republican were to cross the aisle and support it.

Supporters of D.C. statehood have been pushing for the Senate to eliminate the filibuster it remains in. Norton said Wednesday she believes the filibuster is on its way out and expressed confidence the legislation could have a chance in the Senate.

However, opponents of the bill suggest even if does pass the Senate statehood will never happen.

"First there's no authority under the Constitution to do this," Roger Pilon, Director of the CATO Institute for Constitutional Studies said. "Congress doesn't have this kind of power. Secondly, you need the consent of Maryland to do it. And thirdly, you've got 23rd amendment, which is going to have to be repealed." 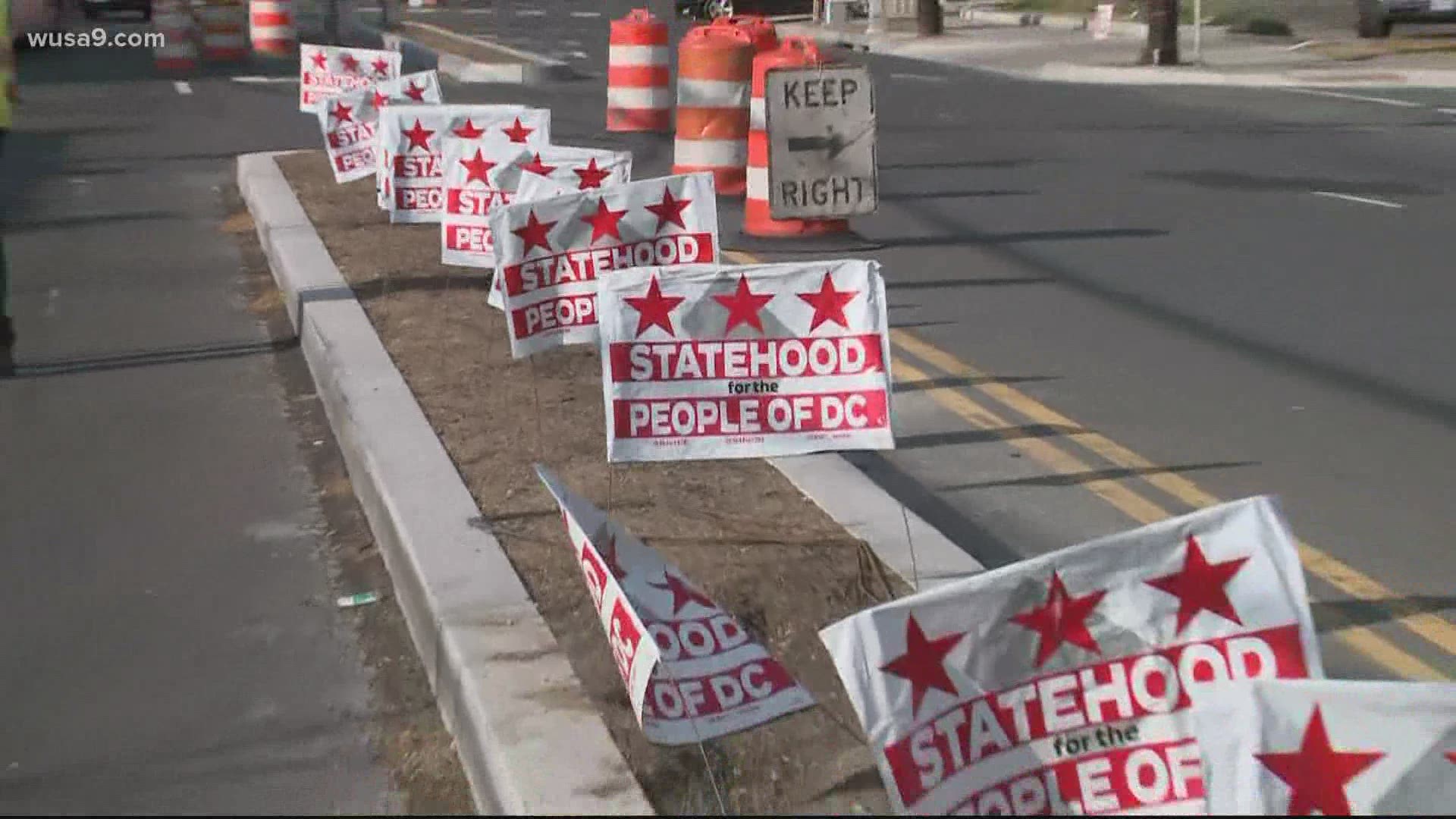 Pilon said it's not likely the bill would pass the Senate and if it were signed by President Biden it would need to have a constitutional amendment.

“Just because a majority of the people want something doesn't mean that they can have it. We have a constitutional system, we don't have pure democracy," Pilon said.

Pilon said if people want to have a voice and vote in Congress, they're simply going to have to move out of the District and to a state.

The Senate remains divided and Senate Minority Leader Mitch McConnell has been a vocal opponent of the bill.

“Obviously, we're going to need some Republicans to vote principle rather than politics. Let’s hope they do,” Hoyer said. “It's the right thing to do.”