Gov. Inslee focused on combating the state’s homelessness crisis and climate change during his annual State of the State address. 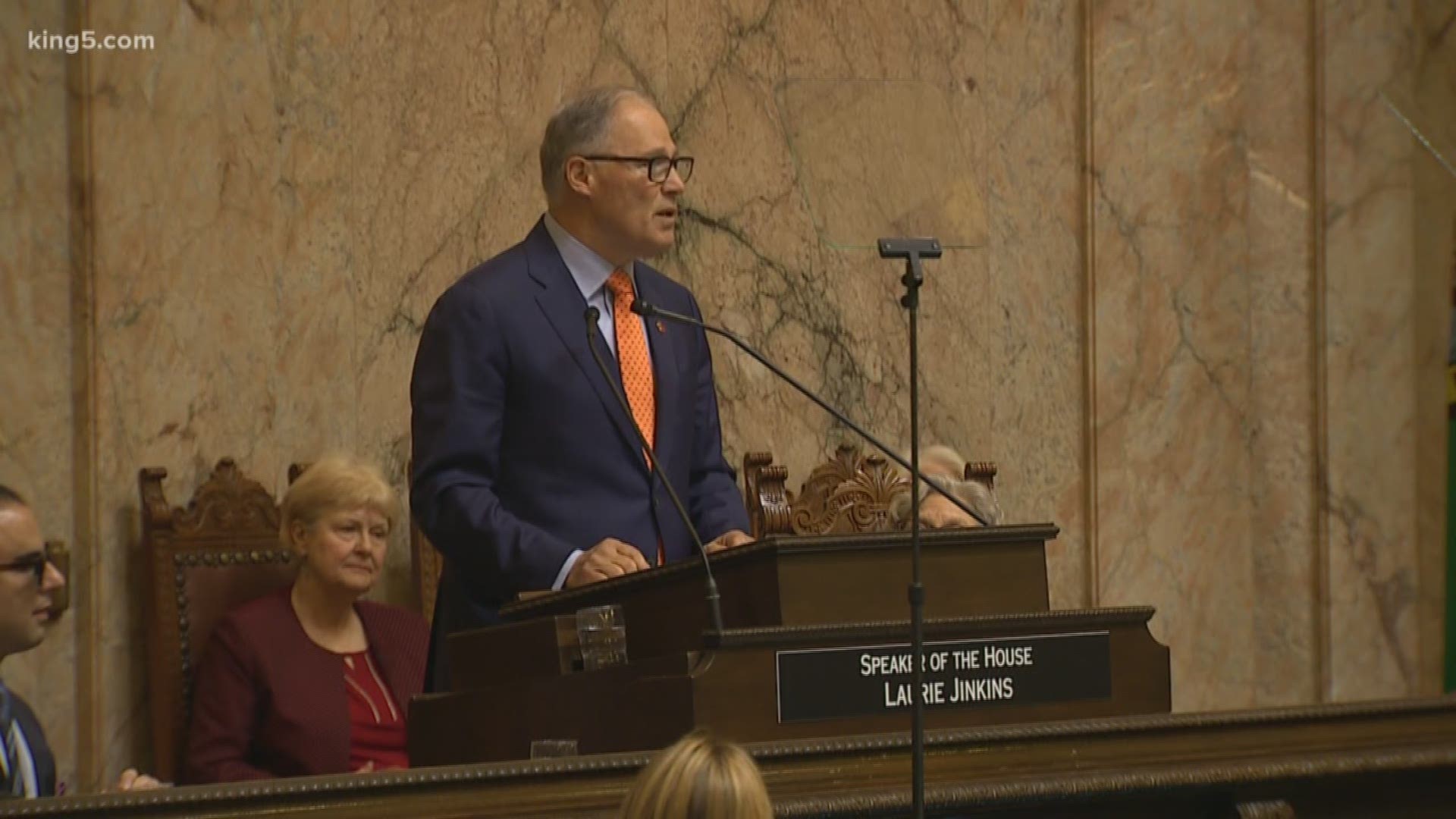 Inslee focused on homelessness and tapping into the state’s emergency budget reserve to combat the homeless crisis. He also discusses combating climate change.

"I believe we have an obligation to help solve the problem," Inslee said. "Our compassion will not allow us to look the other way."

Washington’s 60-day legislative session began Monday, where lawmakers have to pass a supplemental state budget and are expected to address several issues, including homelessness.

Last month, Inslee said he wants to spend more than $300 million from the state’s rainy day fund to add 2,100 shelter beds and provide other help to people without shelter.

Sen. Majority Leader Andy Billig said they applauded the governor for making the issue a priority, but added he wasn't sure there were the votes for Inslee's idea.

Inslee said he's open to other options but did not think a new tax was needed to come up with the funding. He did not want funding taken from schools or other social services to help solve the homeless crisis.

Republicans had concerns with what Inslee said and what he didn't mention in the speech.

Senate Minority Leader Mark Schoesler (R-Ritzville), said he was surprised Inslee did not bring up Initiative-976, the voter-backed initiative capping car tabs at $30.

"Clearly we agree there's a problem," said Schoesler, "We heard zero from the Governor today."

Senator John Braun (R-Lewis County) said in addition to finding shelter space for the homeless, the state needs to do more to help the homeless struggling from mental illness and drug addiction.

"We also have to enforce our laws if we're going to be successful turning this around," said Braun.

Rather than tapping the state's savings account, Rep. Drew Stokesbary (R-Auburn) wants the state to give cities the authority to raise the sales tax to generate funds to work with the homeless as those cities wish.

There are restrictions under Stokesbary's proposal.

"We would be asking those cities to ban heroin injection sites in their cities, which we believe cause far more harm than good," said Stokesbary. His proposal would also ban unauthorized camping within 500 feet of schools, parks, playgrounds, and courthouses."