The high paying and high-powered position of Whatcom County executive has brought out a deep field of candidates. 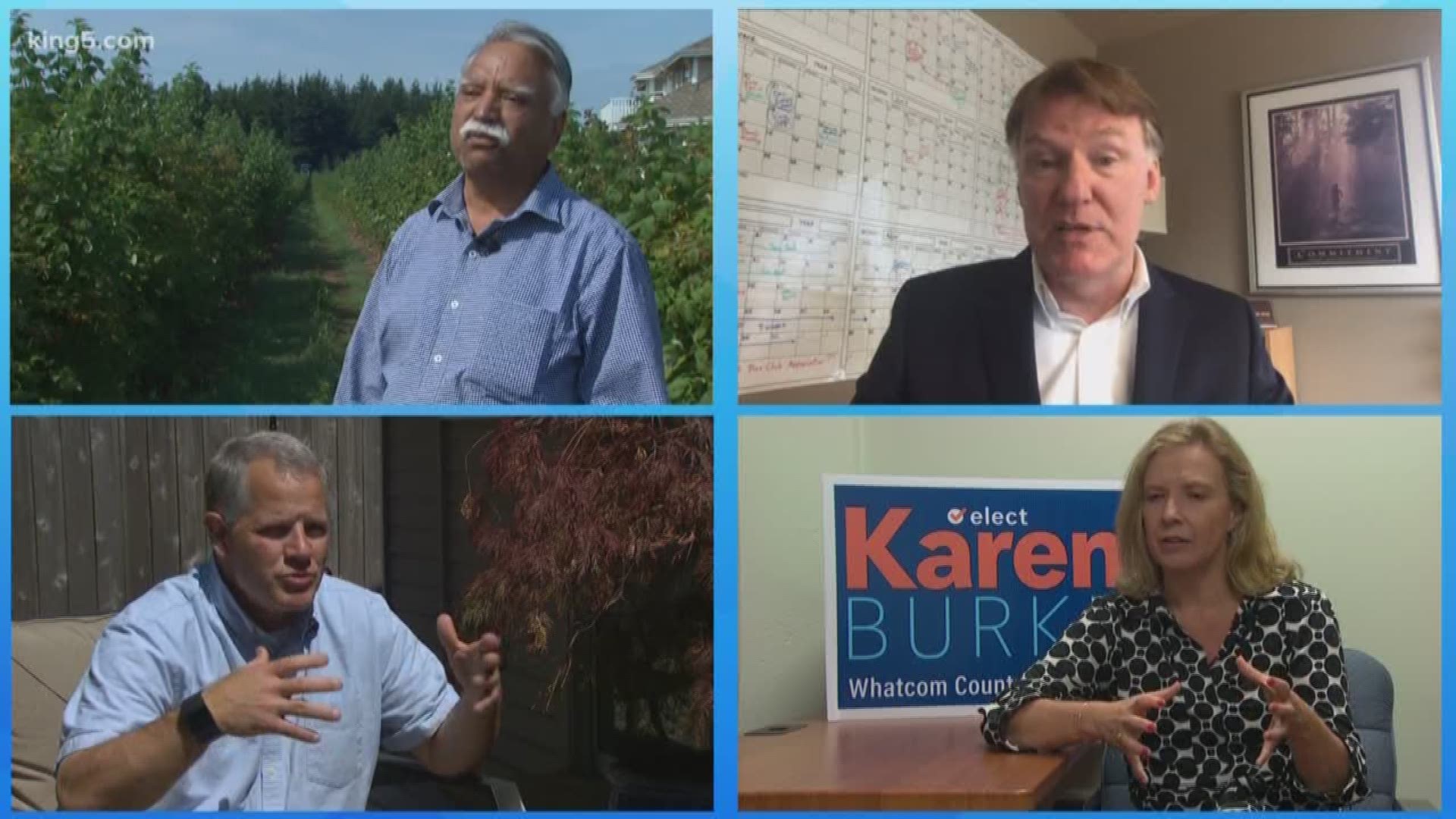 BELLINGHAM, Wash. — Whatcom County’s top seat is up for grabs. Voters have until Tuesday evening to cast a ballot for county executive in this year’s primary election.

The high paying and high-powered position has brought out a deep field of candidates. Come Tuesday, just two of the four candidates will move on to the general election.

It’s a position that requires more of a CEO than a politician. The new county executive will oversee finances, ordinances, and respond to citizen concerns. The position pays more than $170,000.

“I think I’m the best, because it is the first time ever that an engineer has been a candidate for a county executive position,” said Satpal Sidhu.

Sidhu currently serves as a Whatcom County council member. He’s worked in the energy field for 35 years and hopes to bring a diverse background of experience to the job.

“The land-use planning which was thought of in the 70s has not worked for the growth that we are seeing, and that is one of the things which needs to be rethought,” Sidhu said.

Candidate Jim Boyle is the father of teenagers. He’s worked with various nonprofits and said protecting the environment can’t wait.

“Especially as climate change continues to impact this country, this is going to become the last best place to live,” Boyle said.

This as one of the county’s largest employers is a commercial refinery, an industry Boyle is eager to work with.

“How can we instead of kind of penalizing those refineries, how can we partner with them, to incentives them, and allow them to go through this transition,” Boyle said.

Helping industries transition is something candidate Karen Burke is also pushing for.

“For Whatcom County, the way that I think we’re going to do the very best in protecting ourselves and in leading the national change is to work with our industries and help them transition into more renewable fuel,” Burke said.

She’s spent the last decade as the executive director of an organization that provides services to survivors of domestic violence and sexual assault.

“Having past political experience doesn’t make you a good CEO, and that’s what this position is: the CEO of the county,” Burke said.

“The issues that we’re addressing in our community, it really relates to us being such an extraordinary place to live work, and play,” Larson said.

Larson is a magazine publisher who’s owned his own business for more than 30 years. He said the business experience translates seamlessly to public service.

“This is a time where we really need to bring solutions, and it’s really time, whereas a community, we need to start talking about ideas,” Larson continued.

All four candidates said they are ready to put their ideas to work, but it’s the voters who will ultimately decide who gets the job.