A 60-day legislative session is underway as lawmakers deal with I-976 aftermath, domestic terrorism accusations against a Representative and fighting homelessness. 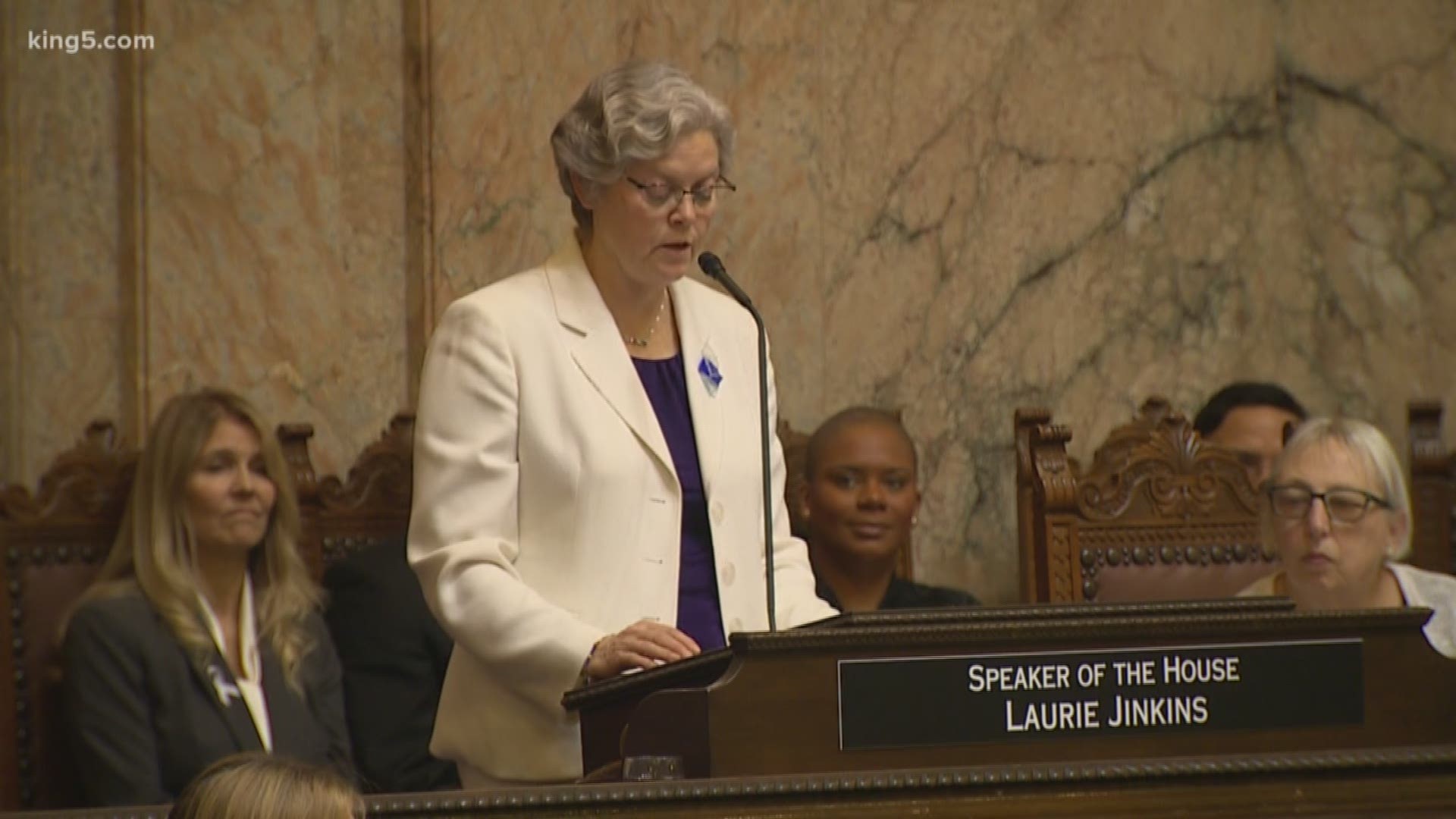 OLYMPIA, Wash. — The 2020 legislative session in Olympia kicked off to a historic start on Monday.

Rep. Laurie Jinkins, D-Tacoma, became the state’s first female and LGBTQ member to be sworn-in as Speaker of the House.

"Many people asked me what it's like to be the first women Speaker and first out-lesbian Speaker. Well, I guess I'm about to find out!" Jinkins said.

Jinkins said she would listen to members from both parties as the state tries to solve problems like finding shelter for the homeless.

“We have to focus our time in this 60-day session working to ensure greater stability for families and communities by getting people out of the cold,” said Jinkins.

Lawmakers are expected to explore ways to make up for potential budget gaps following the passage of I-976, the voter-backed measure capping state car tab fees at $30.

The initiative is being challenged in court.

Rep. Matt Shea, R-Spokane Valley, showed up for the first day of the session despite calls for his resignation from leaders of both parties.

An investigation found Shea planned and participated in acts of domestic terrorism.

She said if Shea doesn’t resign, he should be expelled from the House. Jinkins said she did not know if she had the votes to remove him from office.

This legislative session is set to last 60 days.