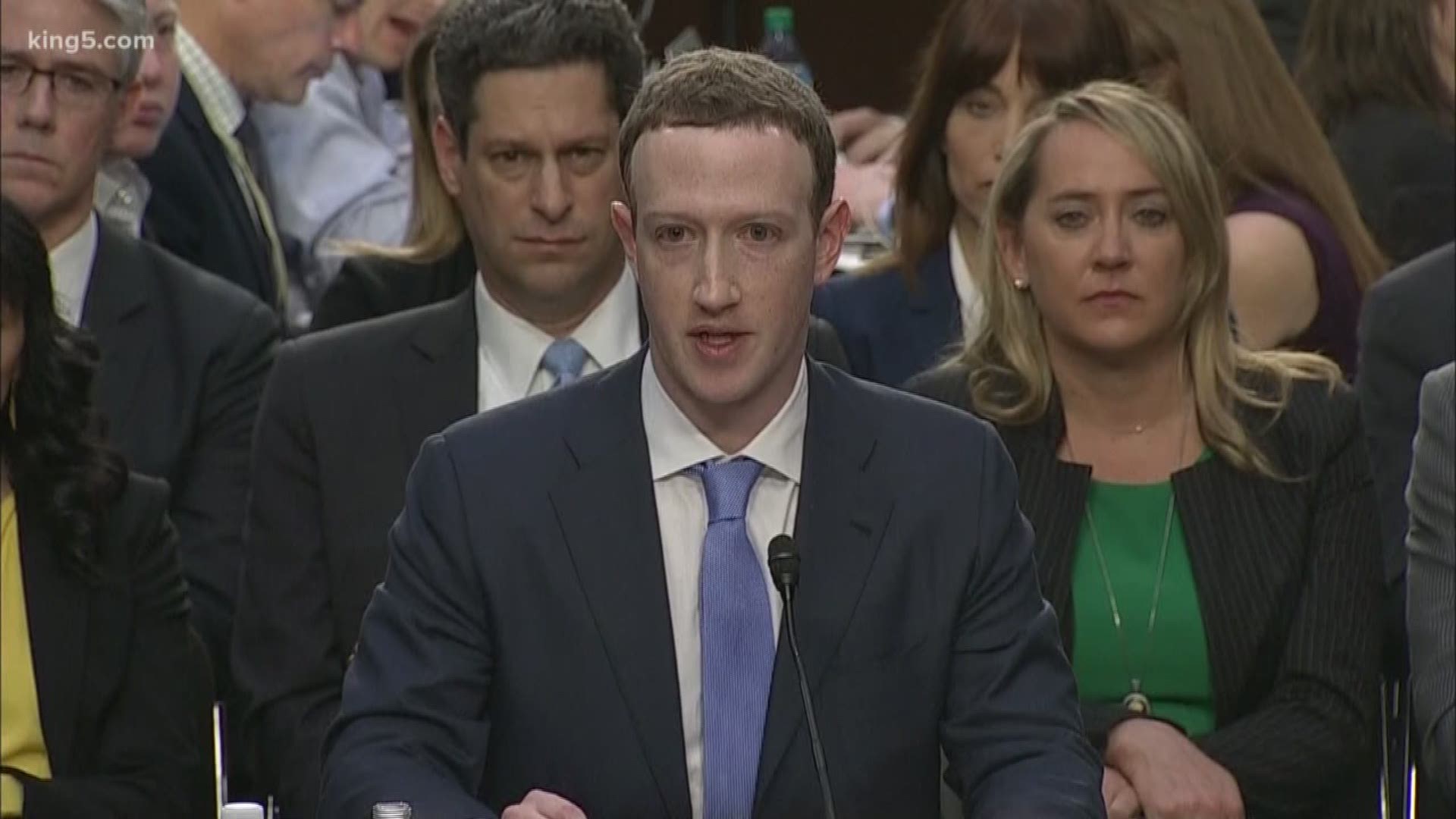 Apologetic Facebook CEO Mark Zuckerberg told senators Tuesday it had been "clearly a mistake" to believe the Trump-linked data-mining company Cambridge Analytica had discarded data that it had harvested from social media users in an attempt to sway 2016 elections.

Zuckerberg said Tuesday he doesn't know if any of his employees were involved assisting Cambridge Analytica and the Trump campaign to refine tactics, responding to a question from Senator Maria Cantwell, D-Wash., during a Senate Judiciary Committee hearing.

"Senator, I don't know that our employees were involved with Cambridge Analytica, although I know that we did help out with the Trump campaign overall in sales support in the same way that we do with other campaigns," Zuckerberg said. 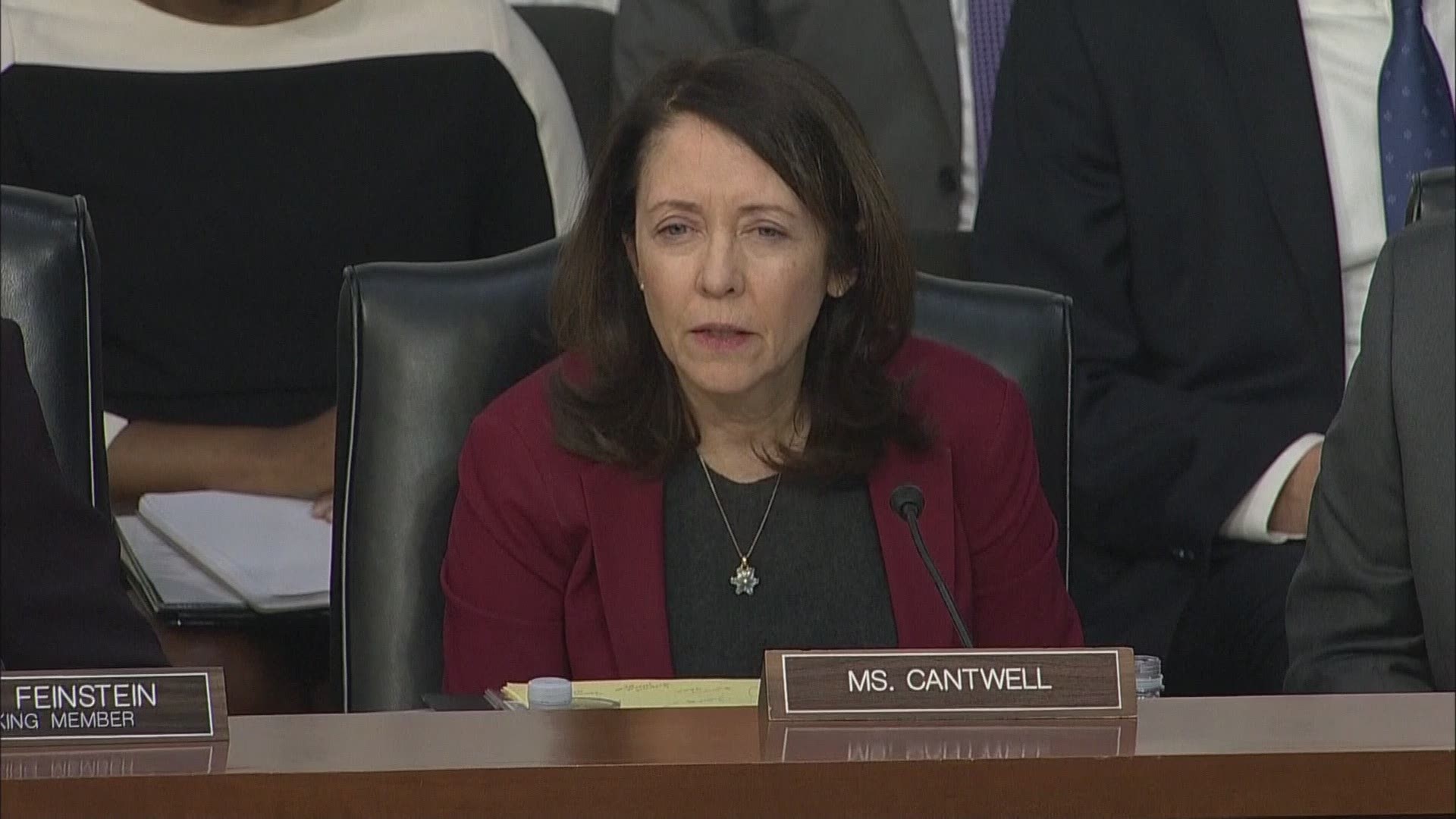 Cantwell also asked Zuckerberg if European privacy regulations -- considered to be the toughest in the world -- should be adopted in the United States. According to this Washington Post, such regulations include "forcing these companies to give users more control, imposing fines for noncompliance, and requiring platforms to spot and delete illegal content."

"Regardless of whether we implement the exact same regulation -- I would guess that it would be somewhat different because we have somewhat different sensibilities as to other countries -- we're committed to rolling out the controls and the affirmative consent and the special controls around sensitive types of technology such as face recognition," Zuckerberg said, adding "What I would like to say today is that we're going to go forward and implement that regardless of what the regulatory outcome is."

Related: Find out if your information was shared with Cambridge Analytica 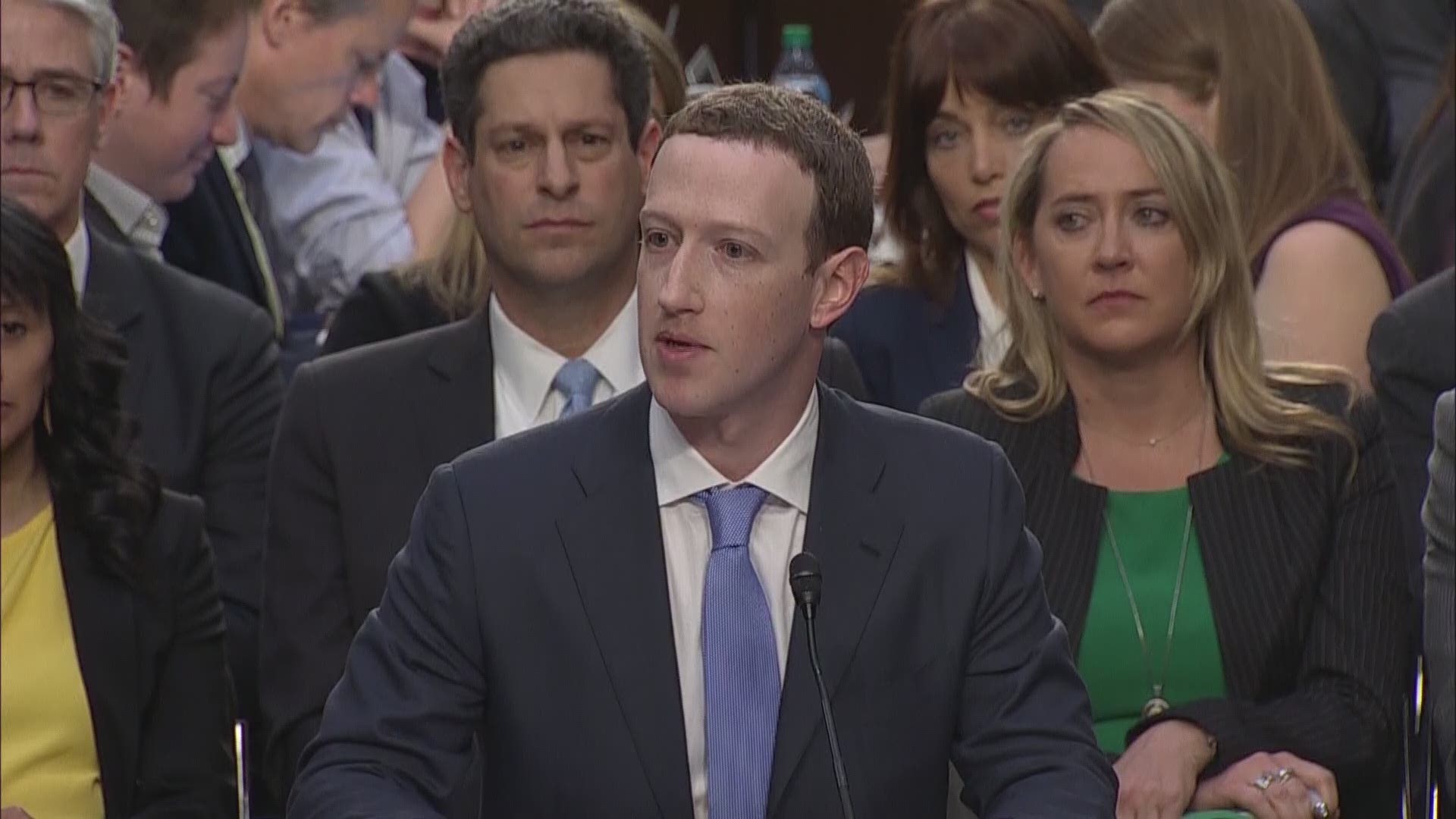 Zuckerberg told members of the Senate Judiciary and Commerce committees that Facebook considered the data collection "a closed case" because it thought the information had been deleted. Facebook didn't alert the Federal Trade Commission, Zuckerberg said, and he assured senators the company would handle the situation differently today.

On another issue currently in the news, he was asked whether his company had been contacted by the office of the special counsel, Robert Mueller, who is looking into Russian interference in the election.

"Yes," he said, "I know that we are working with them." He provided no other details, saying he wanted to be careful not to break any rules of confidentiality.

Earlier this year Mueller charged 13 Russian individuals and three Russian companies in a plot to interfere in the presidential election through a social media propaganda effort that included online ad purchases using U.S. aliases and politicking on U.S. soil. Some of the Russian ads were on Facebook. 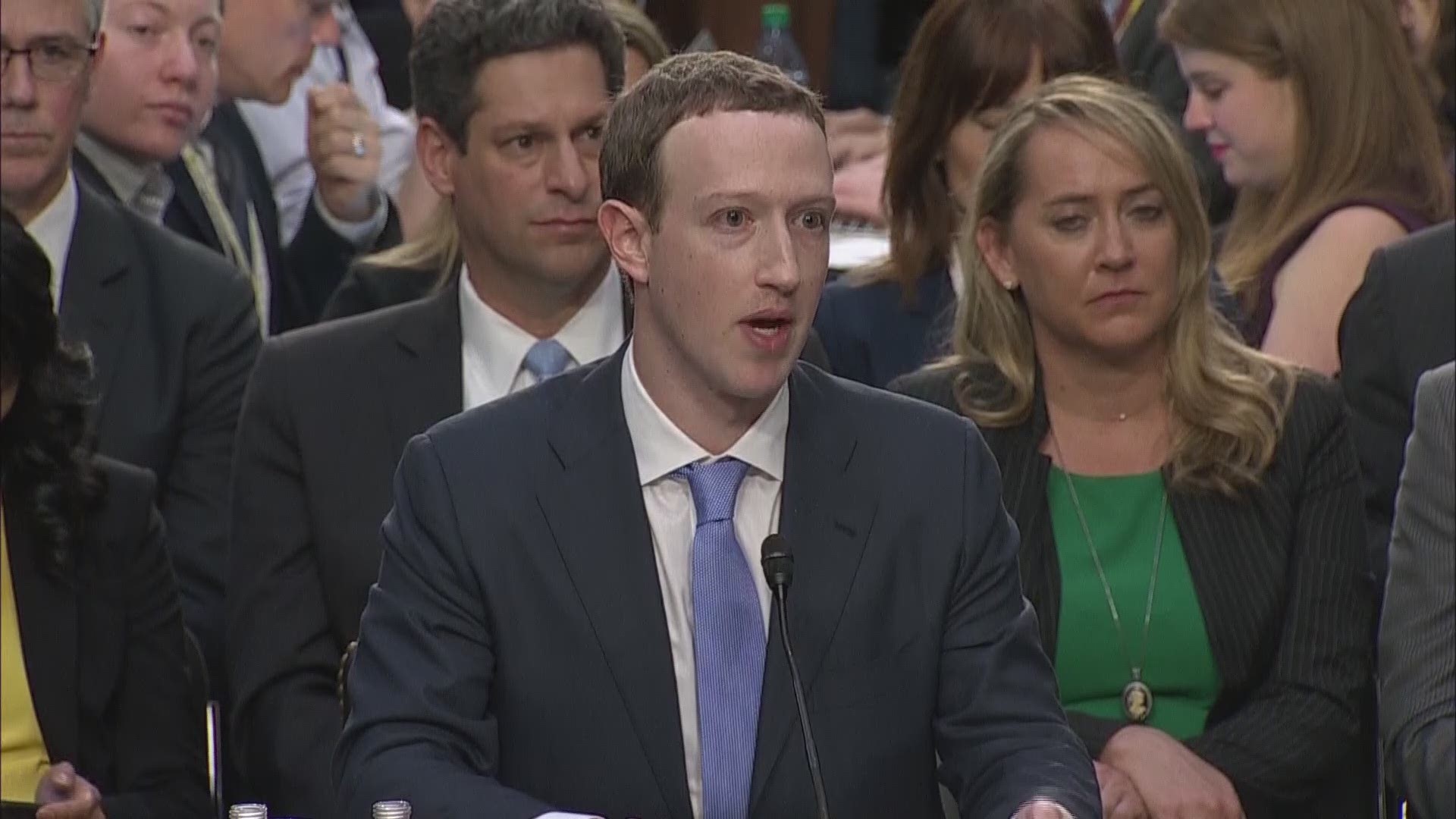 Zuckerberg began a two-day congressional inquisition with a public apology for the privacy scandal that has shaken the social media giant he founded more than a decade ago. He took responsibility for failing to prevent Cambridge Analytica, a firm affiliated with Donald Trump's presidential campaign, from gathering personal information from 87 million users to try to influence elections.

Zuckerberg had apologized many times already, to users and the public, but this was the first time in his career that he had gone before Congress. He also is to testify Wednesday before the House Energy and Commerce Committee.

"We have made a lot of mistakes in running the company," Zuckerberg responded. "I think it's pretty much impossible, I believe, to start a company in your dorm room and then grow it to be at the scale that we're at now without making some mistakes."

Zuckerberg said Facebook is going through "a broader philosophical shift in how we approach our responsibility as a company." He said the company needs to take a "more proactive role" that includes ensuring the tools it creates are used in "good and healthy" ways. 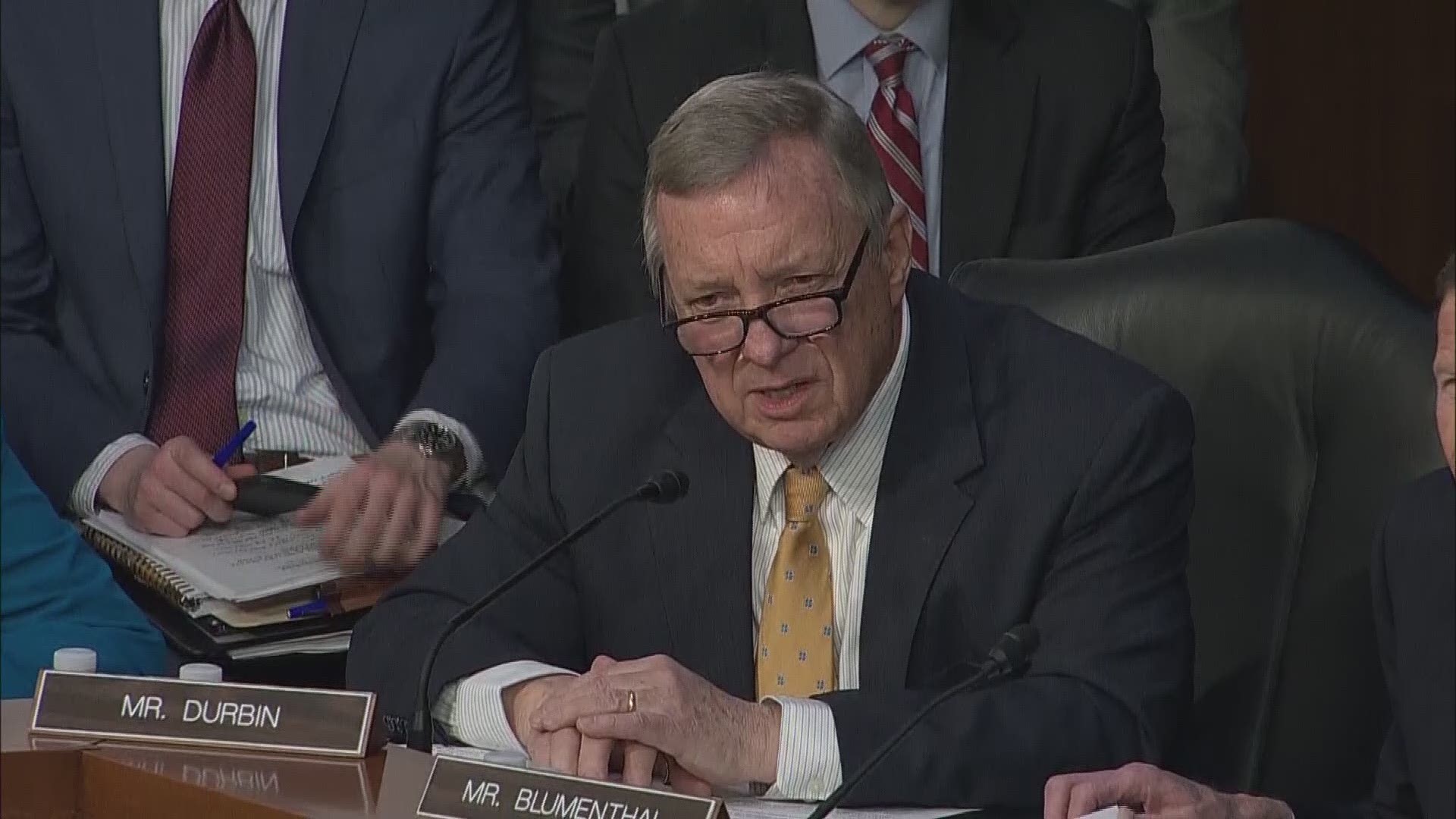 In the hearings, Zuckerberg is not only trying to restore public trust in his company but also to stave off federal regulations that some lawmakers have floated. In his opening statement, he also apologized for his company's involvement in facilitating fake news and Russian interference in the elections.

"We didn't take a broad enough view of our responsibility, and that was a big mistake," he said. "It was my mistake, and I'm sorry. I started Facebook, I run it, and I'm responsible for what happens here."

Separately, the company also began alerting some of its users that their data was gathered by Cambridge Analytica. A notification that appeared on Facebook for some users Tuesday told them that "one of your friends" used Facebook to log into a now-banned personality quiz app called "This Is Your Digital Life." The notice says the app misused the information, including public profiles, page likes, birthdays and current cities, by sharing it with Cambridge Analytica.

After resisting previous calls to testify, Zuckerberg agreed to come to Capitol Hill this month after reports surfaced — and the company confirmed — that Cambridge Analytica had gathered Facebook users' data. Zuckerberg said his company has a responsibility to make sure that doesn't happen again.

His opening statement did not reveal new information about how data was shared or what Facebook will do. In addition to saying he is sorry, Zuckerberg outlined the steps the company has taken to restrict outsiders' access to people's personal information. He also said the company is investigating every app that had access to a large amount of information before the company moved to prevent such access in 2014 — actions that came too late in the Cambridge Analytica case.

Zuckerberg met Monday with Florida Sen. Bill Nelson, the top Democrat on the Senate Commerce panel, along with other senators. Nelson said afterward that Zuckerberg was "forthright and honest to the degree he could" be in the private, one-on-one meeting.

Nelson said he believes Zuckerberg is taking the congressional hearings seriously "because he knows there is going to be a hard look at regulation." 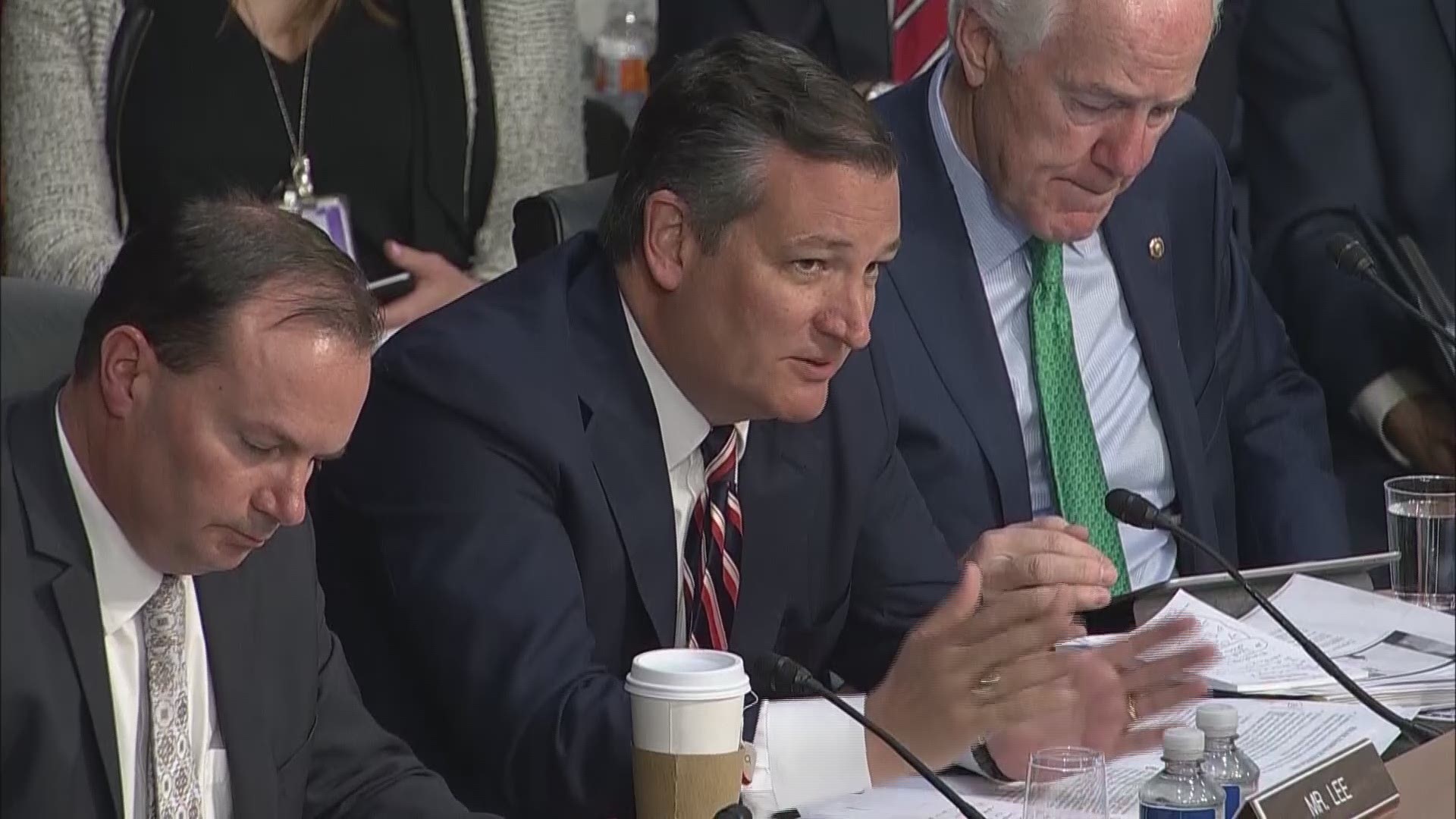 Democrats like Nelson have argued that federal laws might be necessary to ensure user privacy. Republicans have yet to get behind any such legislation, but that could change.

Texas Sen. John Cornyn, a member of the Judiciary panel and the No. 2 Republican in the Senate, appeared open to regulation in a Tuesday floor speech ahead of the hearing. Cornyn said apologies are "not enough" and suggested that legislation could eventually be needed to give consumers more control over their own data privacy.

"This is a serious matter, and I think people expect us to take action," Cornyn told reporters after his speech. 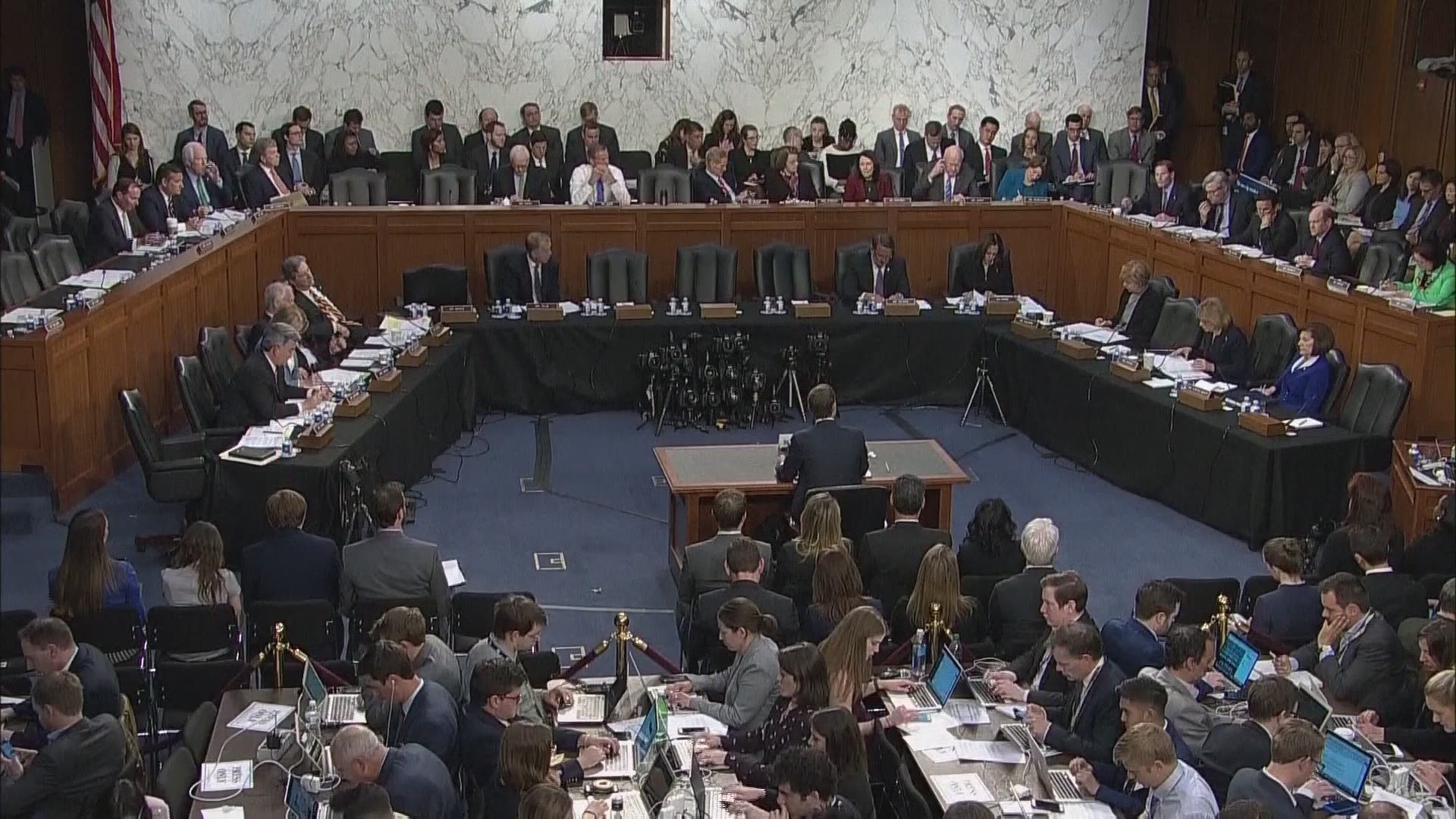