Republican challenger Loren Culp said he wouldn't concede until all the ballots were counted. "We're going to let every voice be heard."

Inslee will be the first third-term governor in Washington state since Dan Evans, a Republican who was governor from 1965-1977.

"I cannot express the honor I feel to be elected to a third term as governor," Inslee said in a prepared statement. "The people of Washington have given my administration a unique place in history, and I will work hard for you every day, just as I have for the past eight years."

He cited work on the state's coronavirus pandemic response, and building the economy as his focus moving forward.

Inslee thanked Culp for giving voters a "choice" in the election.

Culp told supporters at an election party in Tenino that he would not concede the race until all the state finishes counting the votes.

He said he believed there could be some "irregularities" in the counting, saying that results on Referendum 90, the sexual health education measure that passed, didn't match what voters told him.

"No idea how that happened, right? Everybody I've talked to. I've talked to hundreds of thousands of people over the last 15 months. I've not met anyone who wants that, and they're telling us it passed by 60%?" he said. "You've got to be kidding me."

Washington's elections chief, Secretary of State Kim Wyman, said she did not know of any voting irregularities.

"I'm not sure what he's referencing," Wyman said. "Remember, it's not the candidates that get to determine the outcomes, it's the voters." 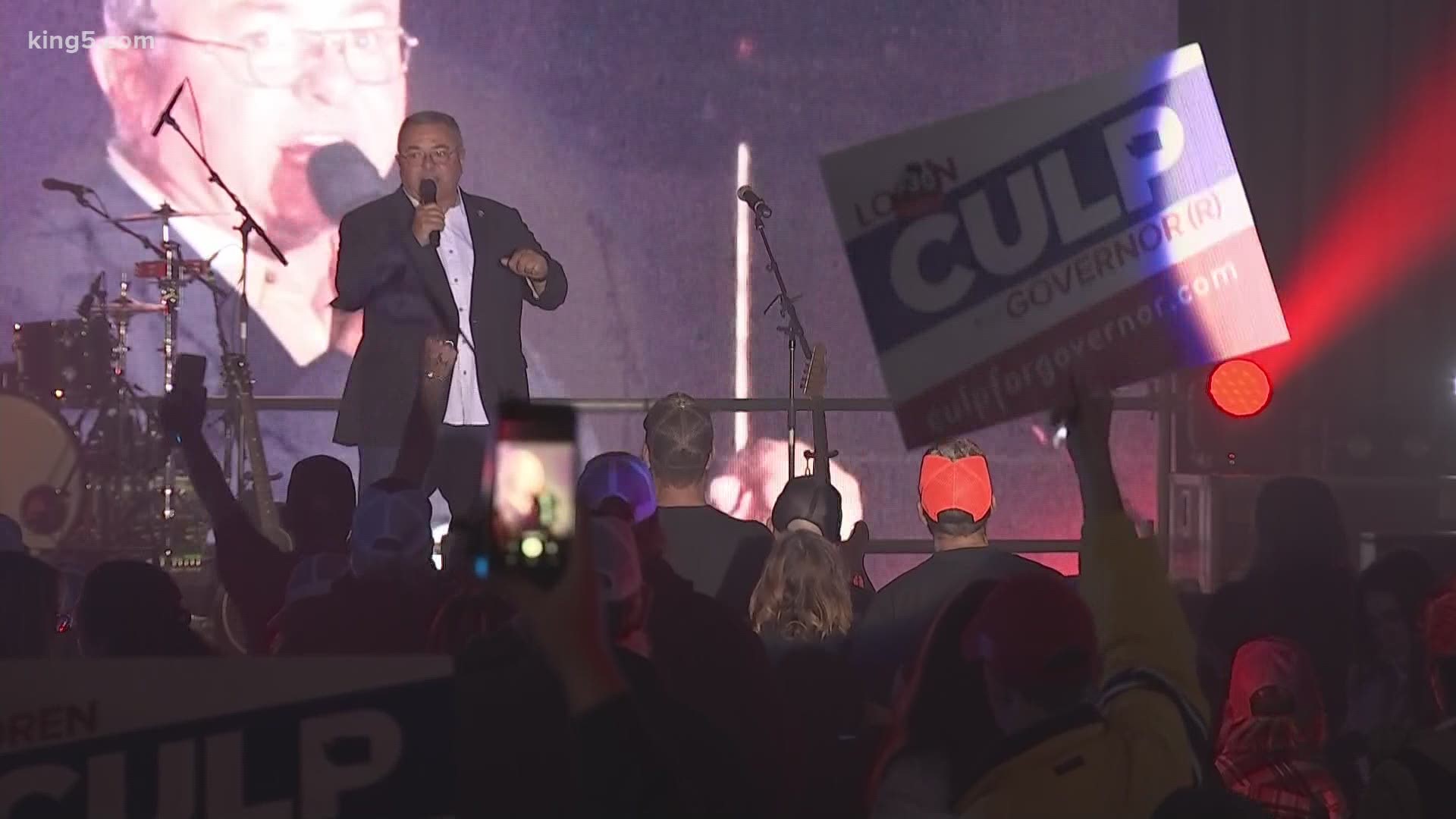 The results mirrored polls taken before the election. Inslee, a Democrat, held a comfortable lead in the polls three weeks out from the general election.

In mid-October, 54% of voters surveyed said they preferred Inslee over 40% who said they would vote for Culp, a Republican. Another 6% were undecided.

Support for Culp and Inslee predictably fell along party lines – 94% of surveyed Democrats picked Inslee, and 88% of Republicans favored Culp. However, there were also disparities among gender. About 62% of women said they would vote for Inslee, which was 30 points more than Culp. Among men, Culp edged Inslee by four points.