Approximately 25% of voters in Washington state have already sent in their filled out ballots. 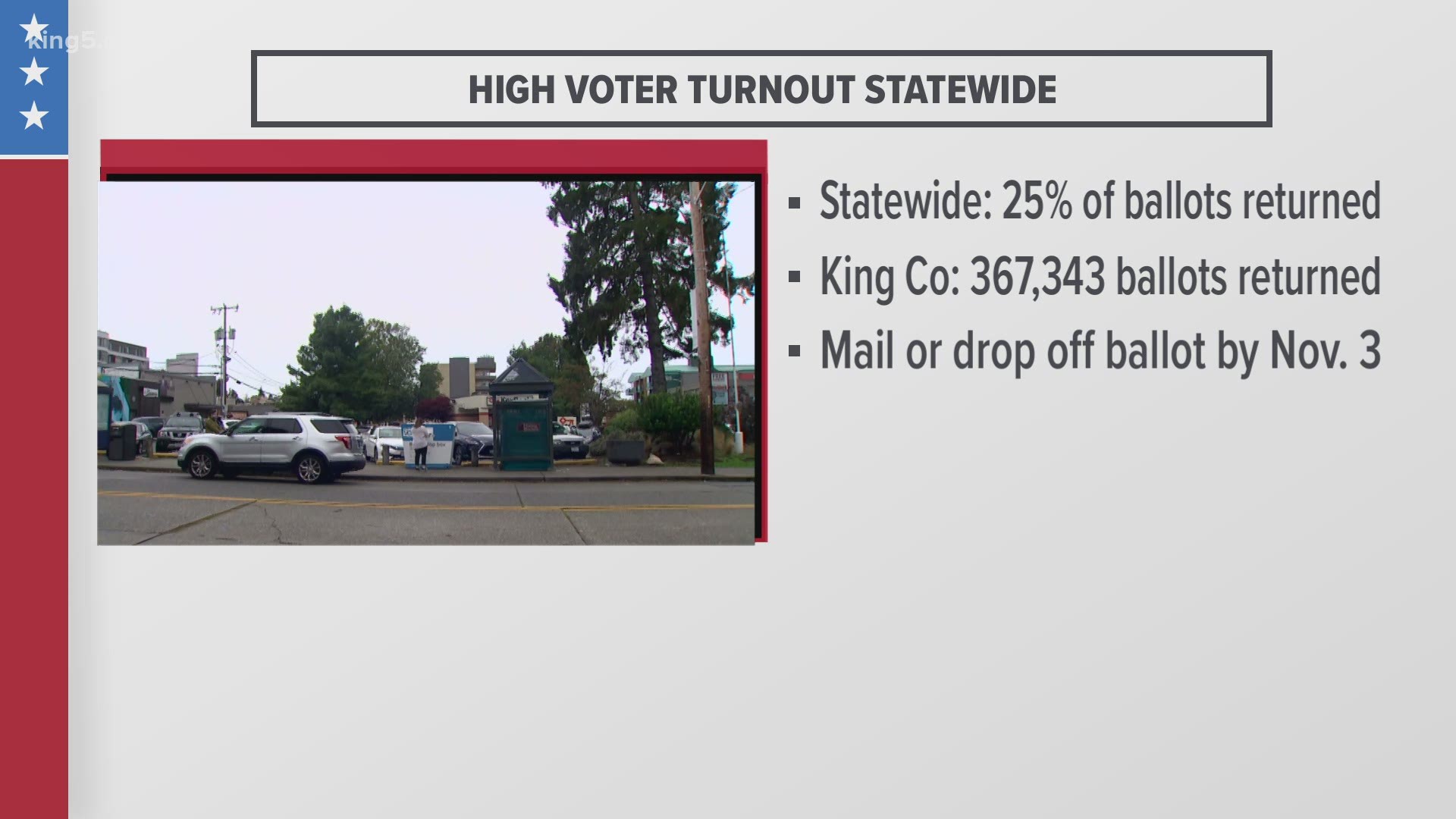 OLYMPIA, Wash. — A quarter of Washington state voters have already turned in their ballots for the 2020 general election.

That's a big difference from the same timeframe in 2016 when the number of returned ballots was just around 10%. A total of 78.76% voted in the 2016 general election.

King County, the state's largest, has already seen 26% voter turnout. King County Elections expects a record turnout in this election of an estimated 90%.

You can find your ballot drop box here in King, Snohomish and Pierce counties. The Secretary of State's office has statewide voting information available here.