Wyman reelected as Washington Secretary of State, only Republican in statewide office on west coast

Washington treasurer Duane Davidson lost his seat to a Democrat, making Secretary of State Kim Wyman the only Republican to hold statewide office on the west coast. 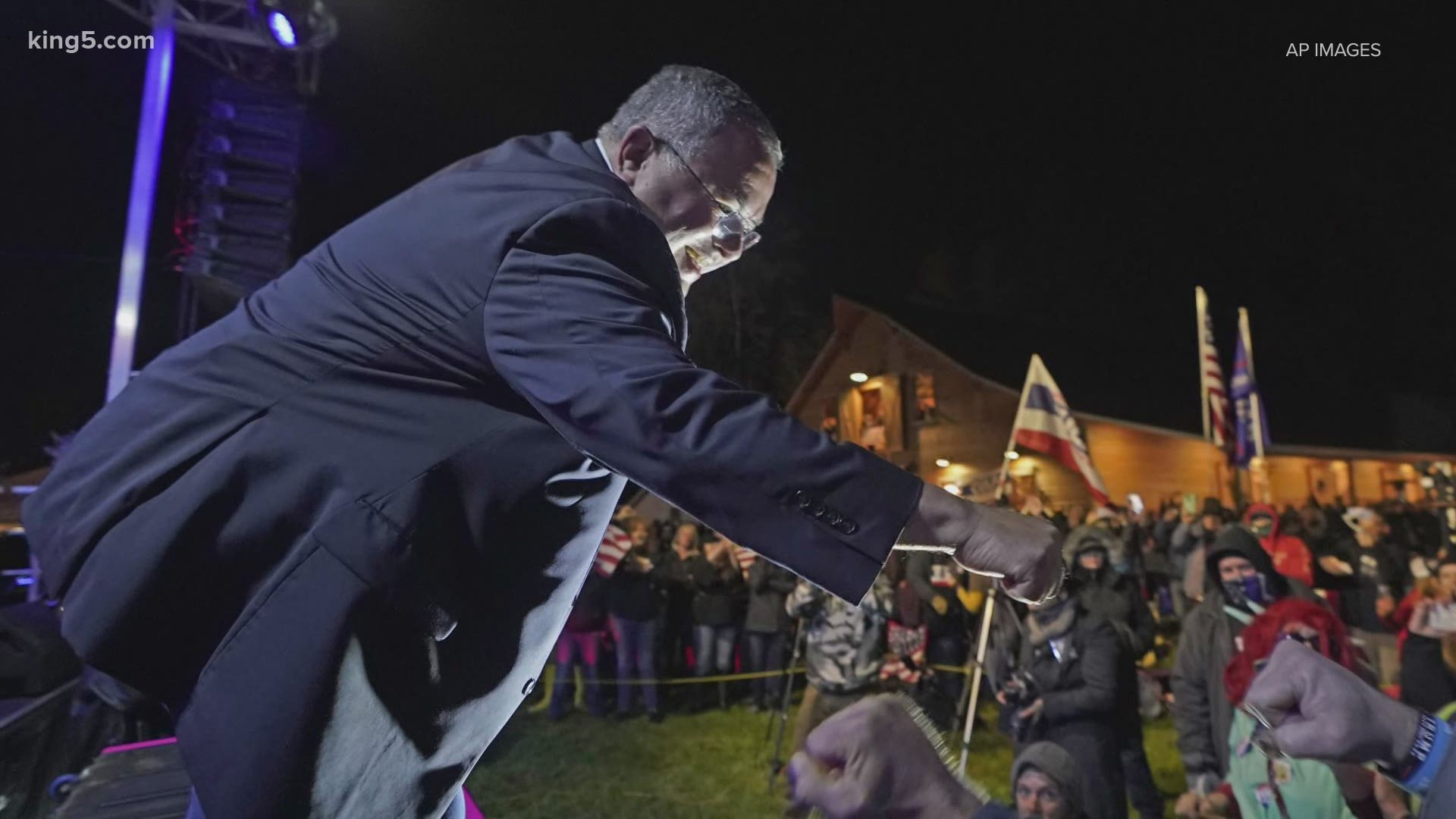 OLYMPIA, Wash. — Incumbent Secretary of State Kim Wyman was declared the winner over Democratic state Rep. Gael Tarleton with more than 53% of the vote on Thursday.

Wyman is carrying on a more than five-decade trend of Republicans holding onto the secretary of state's office. She is the fifth Republican to hold the office since 1965.

And with Democrats appearing to reclaim the secretary of state’s office in Oregon in Tuesday’s election, Wyman becomes the only Republican statewide elected official on the West Coast of the contiguous U.S.

Republicans already lost one of the only two statewide elected positions they held in Washington state when Treasurer Duane Davidson lost to his Democratic challenger, state Rep. Mike Pellicciotti.

Davidson was elected state treasurer in 2016 and previously served as Benton County treasurer for 13 years. Pellicciotti, who represents the 30th District, which includes Federal Way, serves on the House Capitol Budget Committee.

RELATED: Results from Washington's top races as ballots continue to be counted 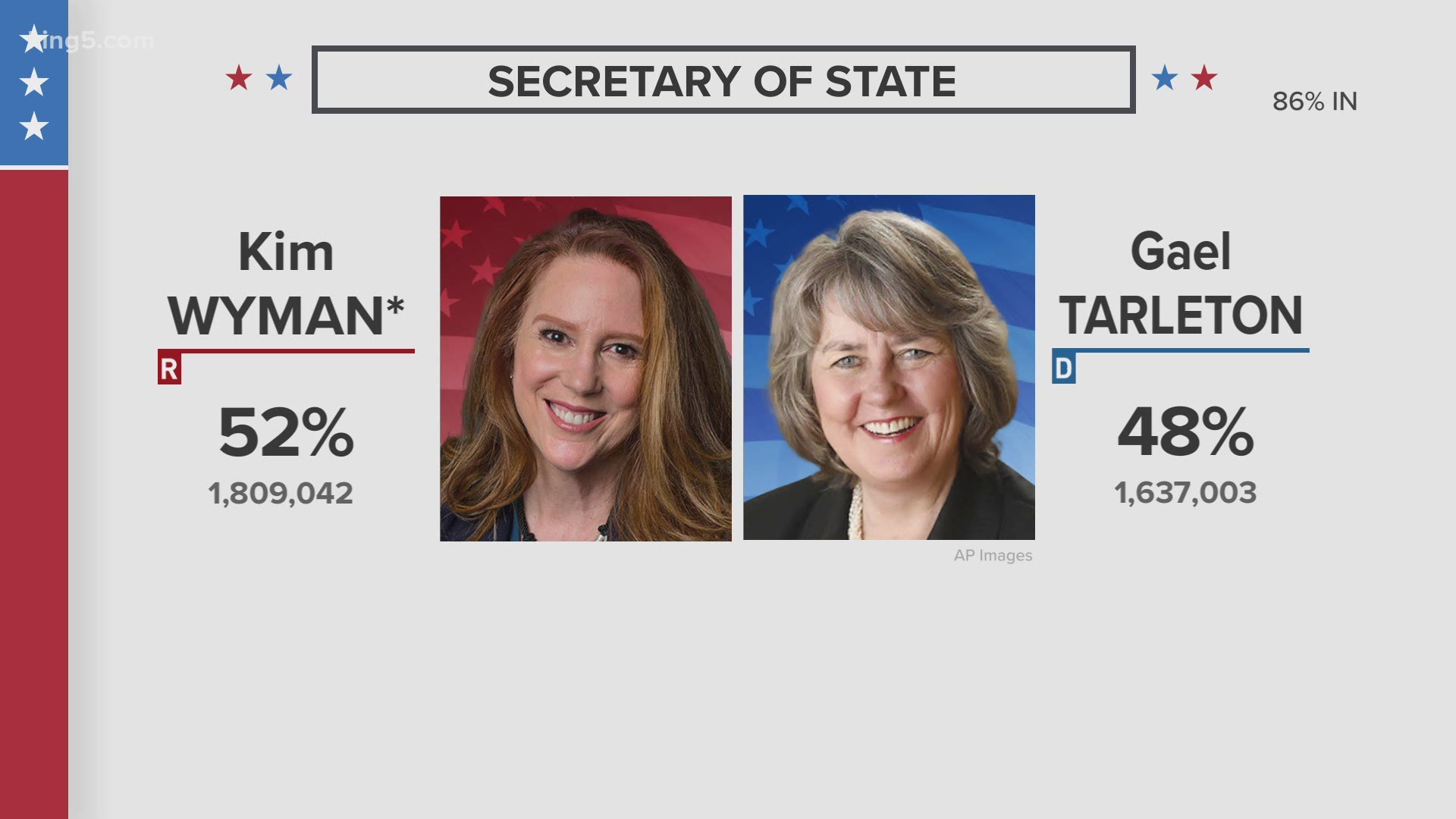 Loren Culp, the party's candidate for governor, and Referendum 90, an attempt to throw out the state's mandatory sex education law, both trail by large margins.

But Heimlich said all is not lost for Republicans in the state.

"This was not a landslide for Democrats," Heimlich said. "They don't have super majorities. They don't have the overwhelming ability to push through a radical agenda."

She said voters sent a clear message Tuesday. She expected the Democratic majority to grow in both the state House and Senate once all the votes are counted.

"That gives Democrats an opportunity to get a lot of work done. I think Gov. (Jay) Inslee definitely has a mandate with 60% of the vote, in terms of the work that he's trying to do here in Washington State," said Podlodowski.