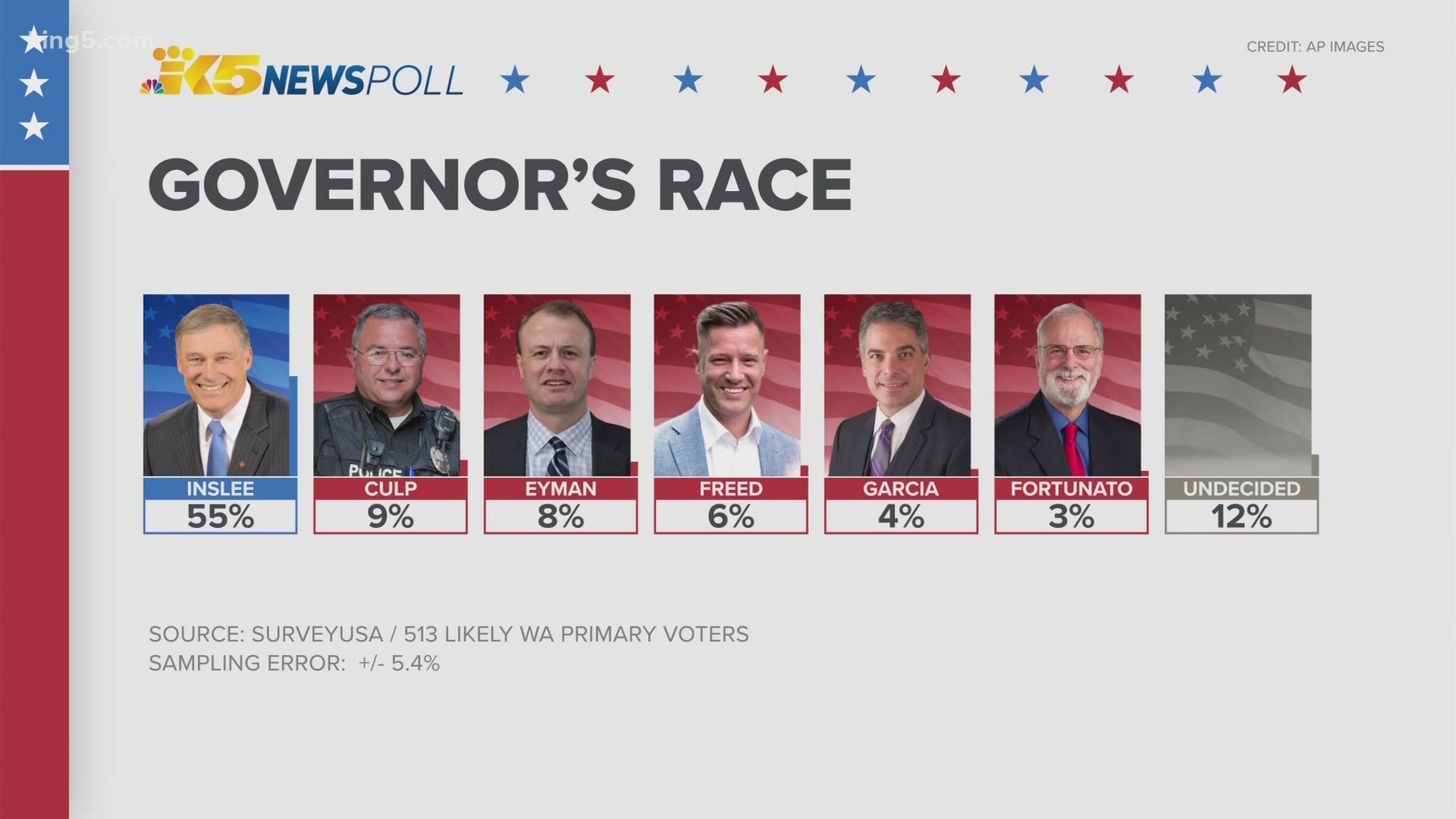 SEATTLE — An exclusive KING 5 News poll suggests incumbent Gov. Jay Inslee will make it through the primary election, although there isn’t a clear Republican frontrunner yet.

Among Republican voters, the poll suggests Culp, the police chief of Republic, Wash., may have the most favor with 24% of Republicans polled saying they would vote for him. However, Eyman was a close second with 20% of GOP voters picking him. Around 20% of Republicans also said they were still undecided.

In head-to-head match-ups between Inslee and several Republican challengers, the poll suggests Inslee holds a sizable lead. Inslee garnered 61% of the poll against Culp and Fortunato, who won 32%. The governor captured 60% against Freed, who got 31%, and Garcia, who got 32%. Inslee fared the best (62%) when facing off against just Tim Eyman (31%).

The poll suggests former U.S. Rep. Denny Heck is the frontrunner for the open seat of lieutenant governor. About 34% of likely primary voters said they would vote for Heck, who announced his retirement from the U.S. House in December.

About 52% of voters polled planned to vote for incumbent Bob Ferguson. Republican Matt Larkin could be Ferguson’s most likely challenger in the general election with 13% of primary voters planning to vote for him.

Another 22% are still undecided.