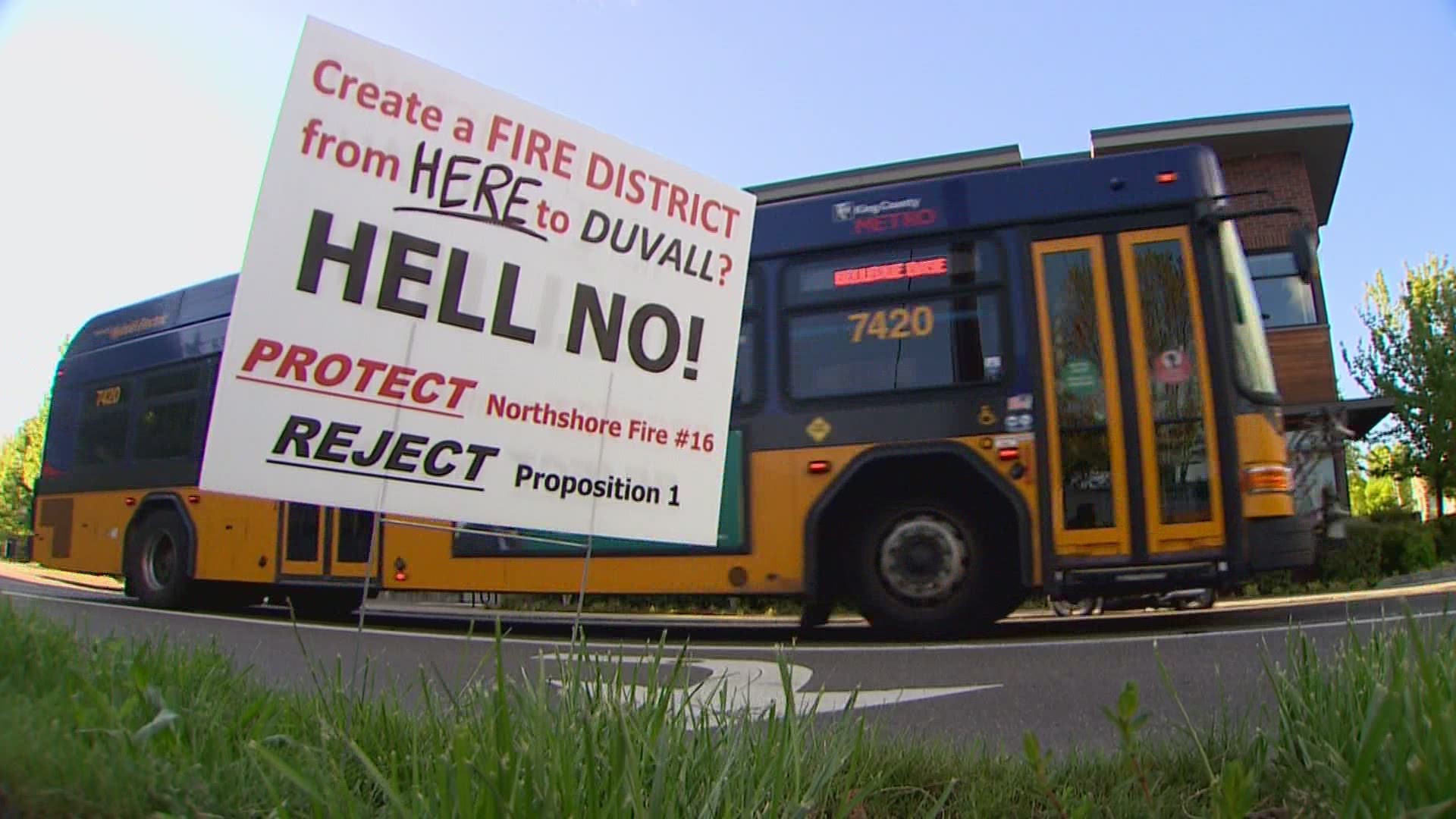 WOODINVILLE, Wash. — Voters in Kenmore and Lake Forest Park will decide in a special election Tuesday if the Northshore Fire Department will merge with Woodinville Fire & Rescue.

”It's a better deployment model for us, no one loses a job,” said Northshore Fire Department Deputy Fire Chief Doug McDonald.

McDonald said Prop 1 will allow for more efficient use of resources.

"Service is going to remain the same or be improved; my ability to move personnel around as if someone were to call in sick from Woodinville and I have additional staffing available in North Shore again this would be a combined agency,” McDonald said.

"Essentially, what their plan to do is to save potentially overtime, in Woodinville and/or Northshore. But by doing that you decrease service in one area, to maintain service in the other,” said Jeremy Jamerson, a lieutenant with Northshore Fire Department and treasurer for the Northshore Firefighters Local 2459 Union.

McDonald said the fire district covers about 10-square-miles. The Woodinville Fire Department covers 30 square miles, but both have around the same population.

McDonald said the merger could help boost the district resources during the COVID-19 vaccine rollout and wildfire season.

Prop 1 is facing steep opposition. Both the Kenmore City Council and the Lake Forest Park City Council passed a resolution opposing the merger.

"It keeps our fire department in the same way it has been for the last 65-plus years, and it puts this whole merger idea back to the drawing board,” said Jamerson.

If approved, the combined districts will work with the community to come up with a new name for the fire district.

Click here for a list of ballot drop off locations. Ballots must be returned to a ballot drop box by 8 p.m. on Election Day.