Abrams' leadership in Georgia mirrors a larger movement to register and engage new voters of color. These voters have been critical in the presidential election. 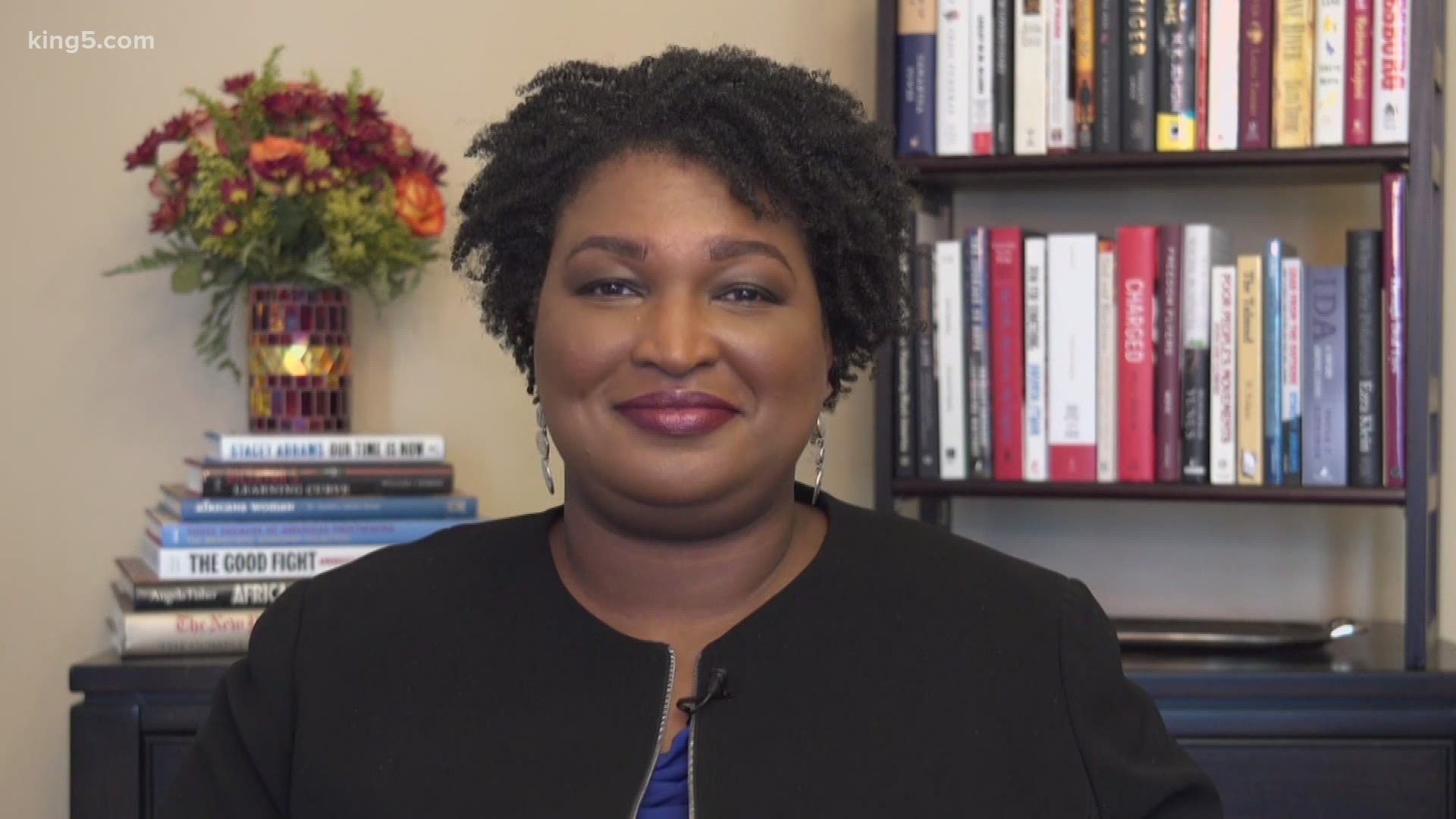 Racism and ethnic inequalities were among the top issues for votes during this election.

According to a NBC News exit poll, not only did 91% of Black women vote for presidential nominee Joe Biden, Black women are behind a massive effort to ensure all people have access to vote. For many voters of color, they’re already looking ahead to what comes next.

Representative Pramila Jayapal tweeted: “Whatever happens in Georgia, everyone should get on their knees and thank strong Black women like the fearless @StaceyAbrams and so many who slog away without appreciation...”

Abrams is known for her run for Georgia governor in 2018, which she lost in a close race to then-Secretary of State Brian Kemp. Since then, Abrams has been crucial in pushing back against voter suppression.

"She's a model for this movement that has really happened over these last couple of years of really investing in local organizing investing in year-round organizing with communities of color,” said Shasti Conrad, chair of King County Democrats.

Conrad, who's has worked on three presidential campaigns, says Abrams mirrors a larger movement to register and mobilize new voters of color; voters that have been critical in the presidential election.

”We've spent 400 years with trying to suppress Black people's, you know, sheer will and, you know, everything that they have that they've given this country and we've seen that also in the AAPI community, Latinx community, and people are really fighting back," Conrad said.

About 87% of Black voters sided with Biden, according to NBC exit poll results.

"Black voters, and especially Black women voters are, as we've heard, the heart and soul of the Democratic Party, and that's not controversial at all,” Grumbach said.

While the Black vote is being credited with much of the success for the Democrats especially in cities like Detroit and Atlanta, it was also notable that more Black men shifted slightly toward Trump during the 2020 election.