A group of online content creators are urging young people to vote in this year's election through social medic platforms like TikTok. 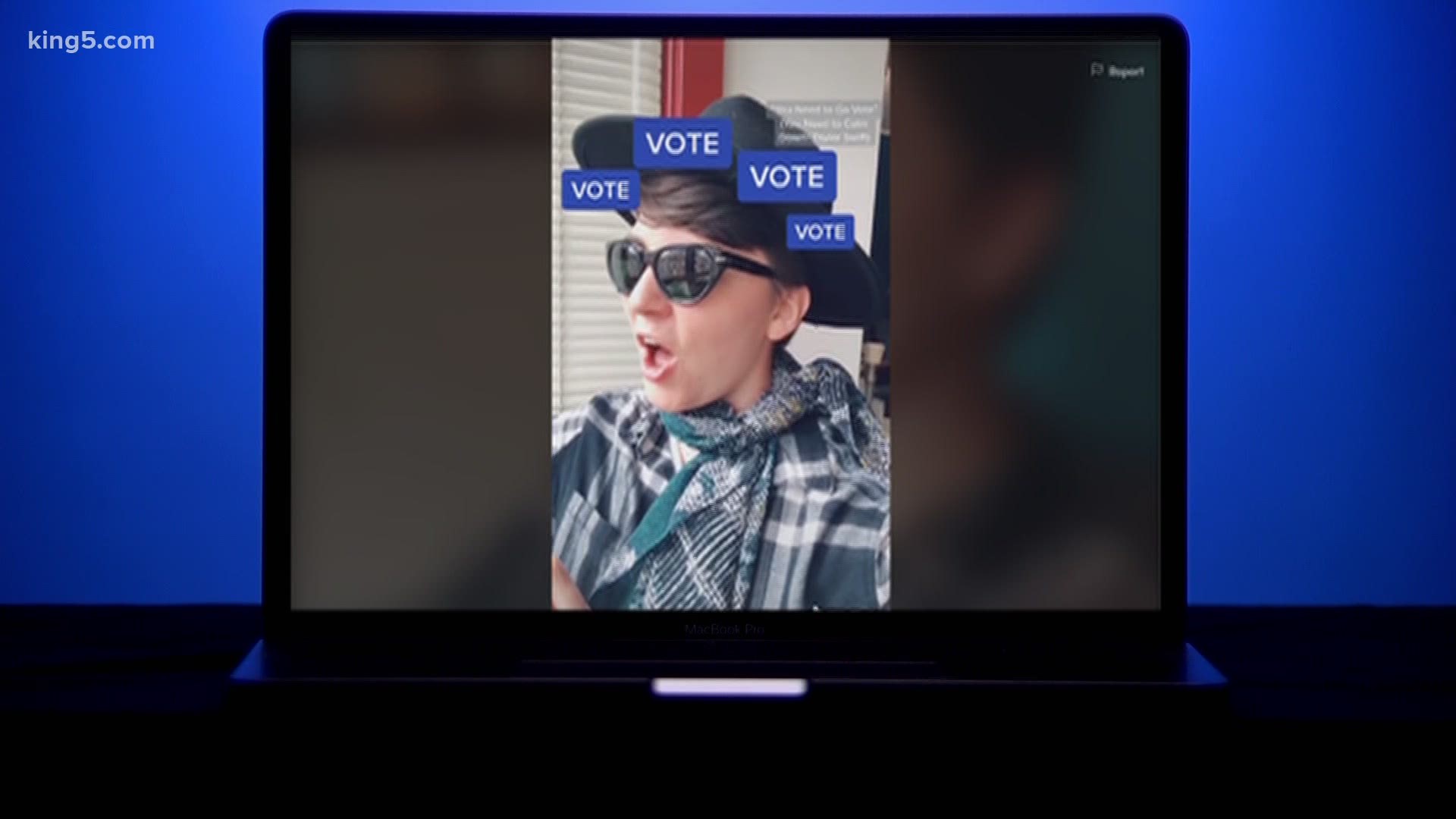 SEATTLE — A group of online content creators are focused on getting young voters energized about the November election.

"We're speaking to Gen Z in their language," says Colton Hess, founder of Tok the Vote.

Hess and his team are using TikTok, the world's most downloaded app according to Sensor Tower, to get young voters' attention ahead of the November election.

"We've never been in a moment like this and you know our young generation certainly hasn't and there's no return to normal from something like this. So I think people are starting to see.. we're going to decide what the new normal looks like," said Hess.

New data from the Brookings Institution shows millennials and younger generations have beat out the boomers and now make up the majority of the U.S. population.

"We're gonna see an increase, I mean they're already starting to vote. In fact, they're population-wise, almost to where the baby boomers are in terms of the number of them, but some are still cresting the voting age," said Marco Lowe, a political science professor at Seattle University.

Lowe says social media campaigns will likely play an important role in upcoming elections as more of the population becomes younger and younger.

"Social media has rewritten how we do things that we used to do at the door," said Lowe.

When asked if candidates are now shifting gears or adjusting their campaign strategies to appeal to a younger voter, Lowe says, it depends.

"I think you're seeing the Democrats focus more on the younger generation. They are typically a more progressive voting block... Having the President attempt to ban TikTok in America is not something I would do to catch younger voters," said Lowe.

Hess says his campaign was designed to help effect change in the areas that matter most to millennials and younger generations who are realizing their influence.

RELATED: Microsoft confirms talks seeking to buy US arm of TikTok, expects to close by Sept. 15