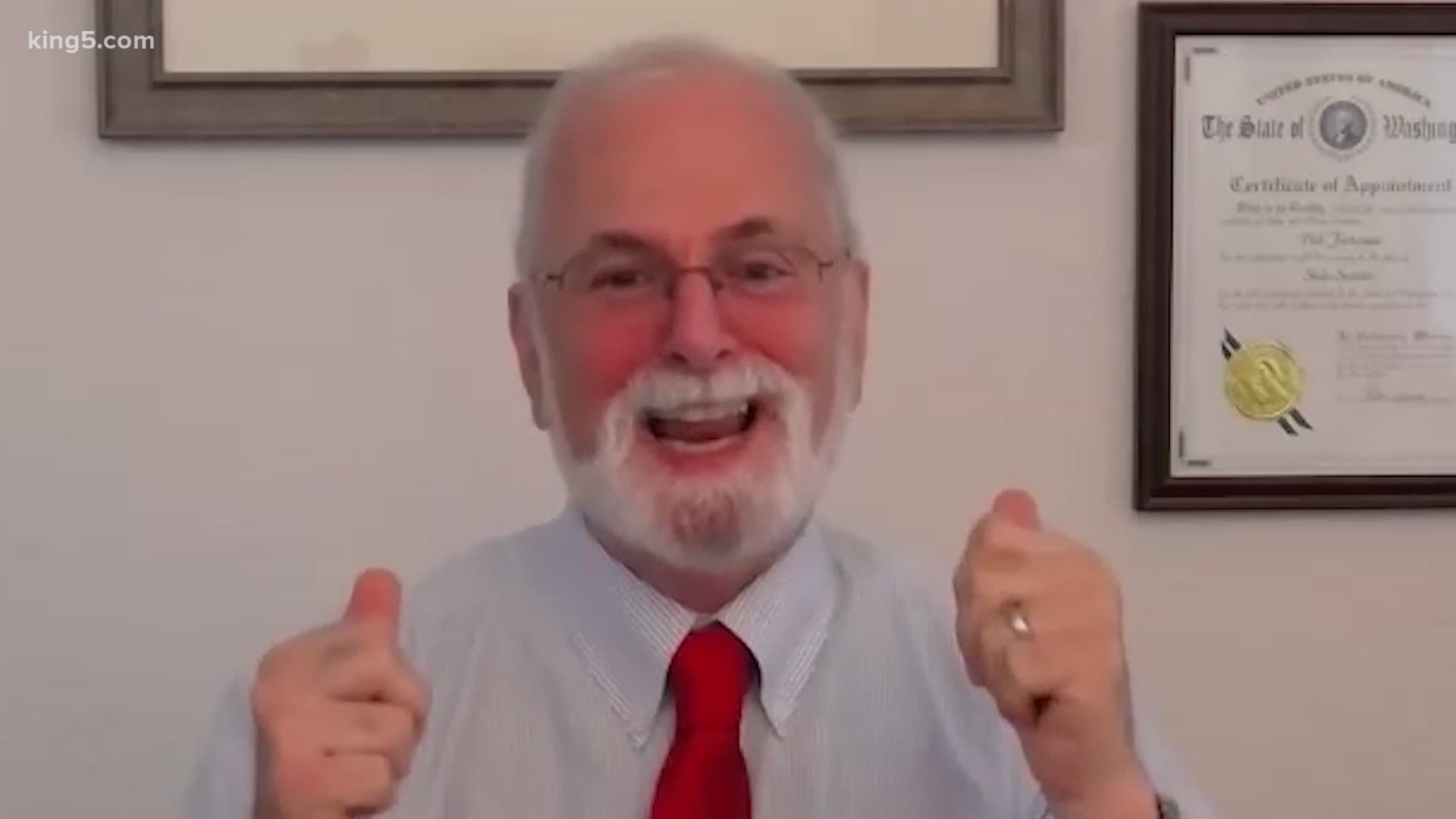 Now, state Sen. Phil Fortunato wants to be governor and is attempting to separate himself from a crowd of Republican challengers.

"Bear in mind, I want it to be me, because I'm the only elected guy with any experience,” Fortunato said in an interview with KING 5. “None of these other guys don't really know what the heck is going on. They're just guessing. Some of them are paper tigers, some of them are puppets.”

He was one of the first to announce a run, and polling shows the race has failed to develop a solid Republican frontrunner.

Fortunato is selling the fact that he is a state senator and the only candidate with legislative experience. He's made waves in Olympia over his visible protests for gun rights and willingness to criticize Seattle over its handling of homelessness.

"People camp on a sidewalk, there's needles and all this stuff and it is a filthy dirty place,” Fortunato said. “It is in our interest as the state of Washington that Seattle clean up its act.”

Yet, he takes sharpest aim at the sitting Gov. Jay Inslee and what he says has been a mishandling of the COVID-19 and economic crisis.

"I mean, the economic crisis is totally his doing," said Fortunato, even though other states have experienced a similar downturn.

"I walked into a large retail operation. Okay. I walked in there and I said, ‘Are you sterilizing these carts?’ And they said, ‘No.’ ‘Are you providing wipes so that I can wipe down the cart?’ ‘No.’ ‘Are you telling people that the carts aren't sterilized?’ ‘No.’ I'm an intelligent person. Nobody wants to get this virus. You have to trust the people to be able to make the right decision."

Yet, he also knows there is strong voter sentiment against President Donald Trump. A recent exclusive KING 5 statewide poll showed nearly 70% voter disapproval of the president.

"I mean, you got to admit, the guy may not be presidential," said Fortunato, bluntly. "I mean, people are going to, if they vote on your pocketbook, they're voting for Trump. I mean, if they're voting on likability, and they don't like people calling names, which I don't like when he calls people names, you know that that's what people are going to have to make the decision, but I don't think that that's going to affect the Republican field."