Loren Culp, the police chief of a 1,100-person town in eastern Washington, is challenging Gov. Jay Inslee after receiving attention for his views on I-1639. 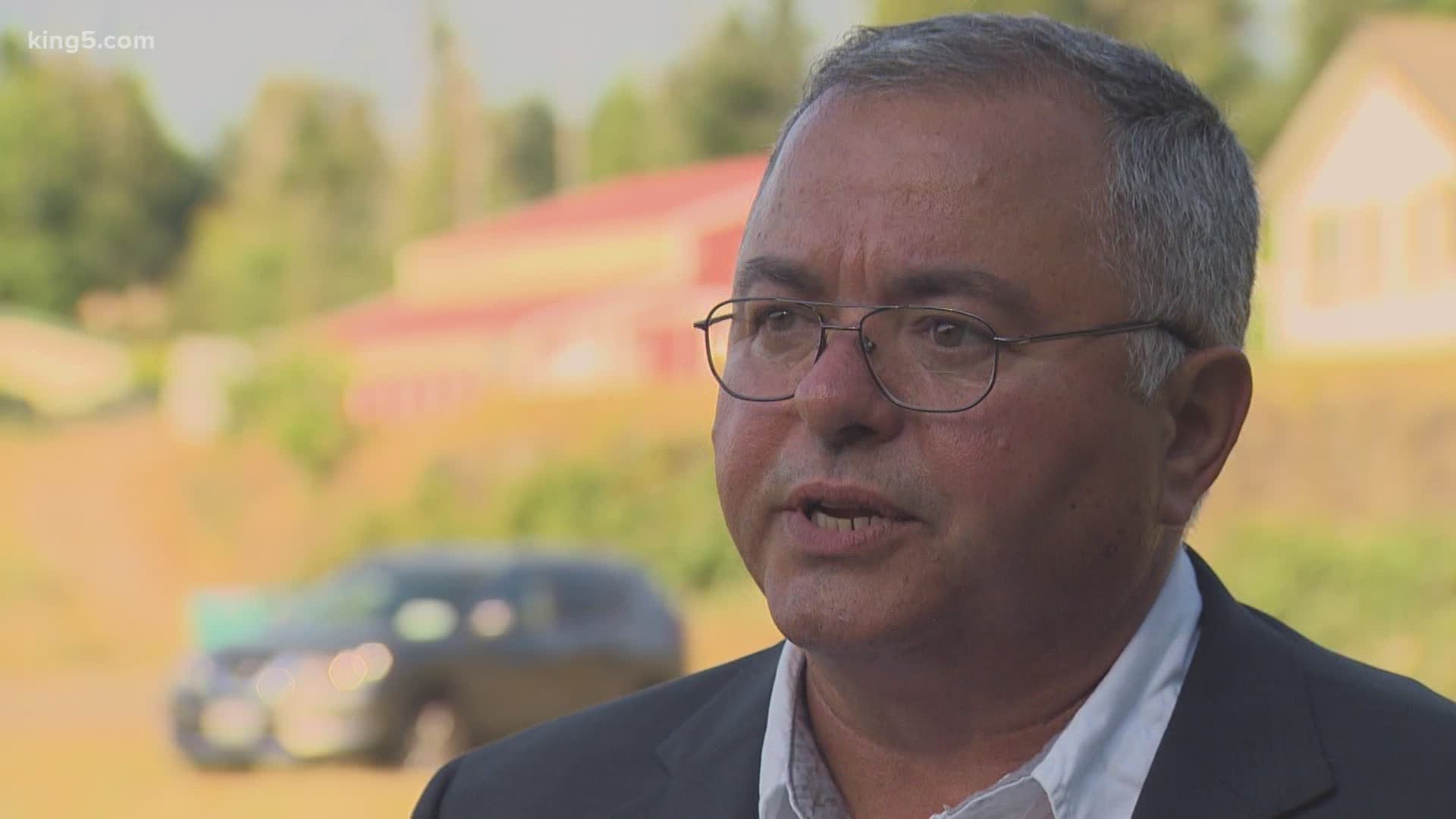 TUMWATER, Wash. — Can a small-town police chief defy conventional political norms and advance to the statewide general election this fall?

Republic Police Chief Loren Culp appears to have as good a chance as any candidate looking to take on incumbent Gov. Jay Inslee. The Republican candidate has raised more than $1 million, and has been sneaking up the polls, including the most recent exclusive KING 5 statewide survey of likely voters.

Win or lose, it's an unusual journey for the chief of a town of 1,100 people.

"There was a series of events that just happened in my life," he said during an interview this week.

"I stood up for citizens’ rights against an anti-gun initiative that passed in the state that violated citizens’ rights,” Culp said. “It says that 18- to 21-year-olds couldn't buy a semi-automatic rifle. I stood up against that and said that it's unconstitutional. Article One, section 24 of the Washington state Constitution says that the right of the individual citizen to bear arms in defense of himself or the state shall not be impaired."

His stand launched a national platform that included appearances on Fox News and a book. He says people shortly thereafter started suggesting he should run for governor, and so he did.

Culp's message has connected in certain corners of the state. On Thursday, a couple hundred supporters filled a Tumwater-area field to hear him speak. The donations in his direction have increased in the last few weeks, and his billboards have continued to pop up around Puget Sound.

With his law enforcement background, he also tried to define himself as the law and order candidate, rejecting calls to defund the police.

"Protesting was absolutely warranted, you know, but when it turns violent, when it turns to looting stores and lighting buildings and cars on fire, throwing rocks and frozen water bottles at police, that's no longer a protest," Culp said.

He's also called for zero tolerance with drug offenders and a different approach to handling the homelessness crisis.

Yet, that same law enforcement background has come under scrutiny. The Seattle Times reported earlier this month about a lawsuit from a victim who says Culp mishandled a child sex abuse case.

"My Republican opponents and establishment put that out there," responded Culp. "The reason that that came out – it's pretty obvious, you know – two weeks before the primary, because I was in the lead and I have been in the lead for the last three months in both fundraising and the amount of citizens that are donating my campaign."

Culp also claims he did nothing wrong.

Culp also appears to still be working on his economic plan. His website lists a solution as "stop spending." When asked about his plan for reducing a $9 billion funding hole, he said, "You don't just keep spending…the state can't just keep taxing the citizens. We're taxed way too much right now.

“So every department head that I appoint is going to have that same mentality as far as the role of a government, which is to be the servant of the citizens, not our master. You know, Jay Inslee, he's not our boss. He's not our nanny, and he has no business telling us what to do. So in order to cut that, I'm going to appoint department heads who understand that we need to cut spending, and they’re going to get to work doing that right away."