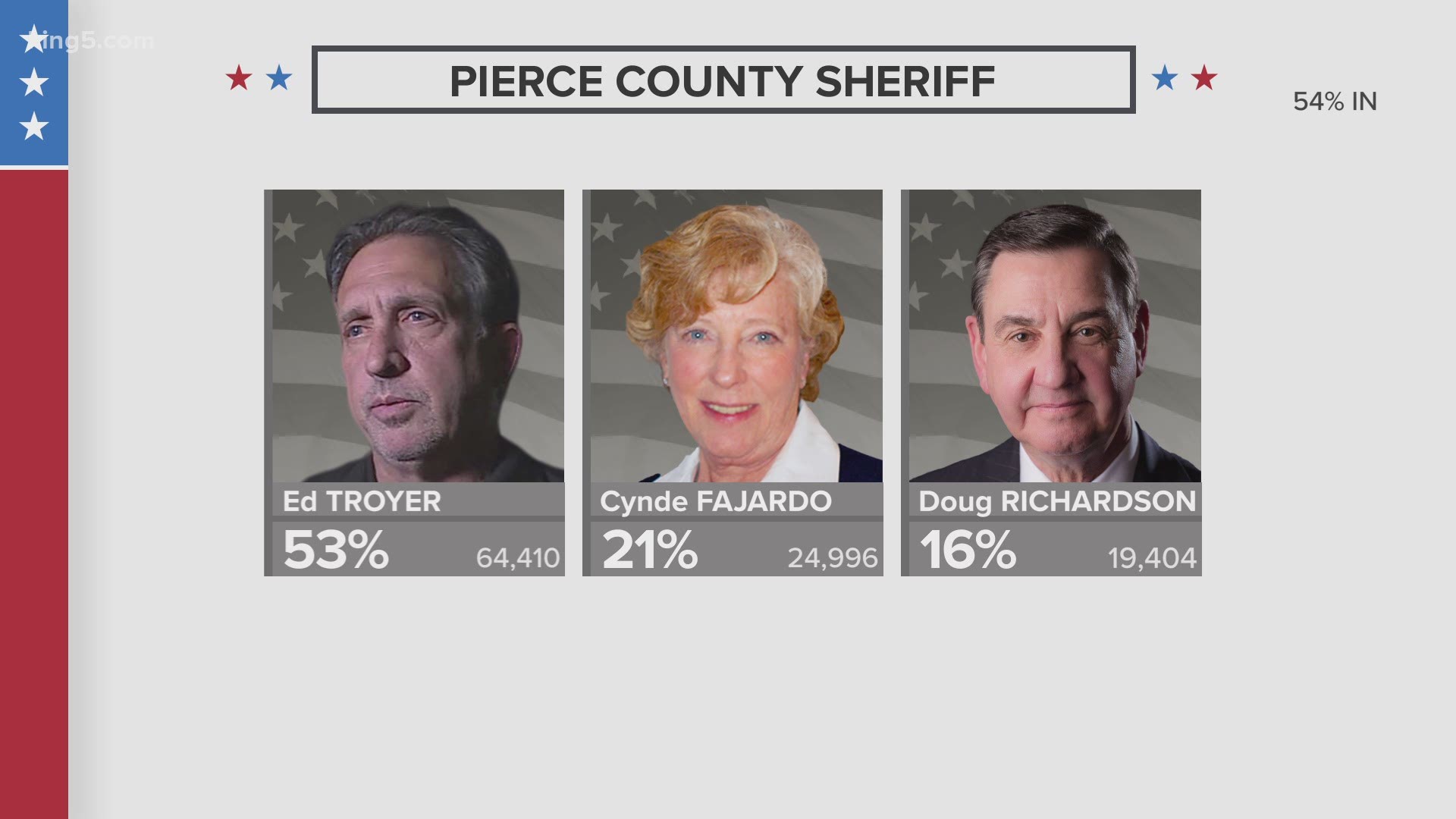 Pierce County Sheriff's spokesperson Ed Troyer leads the race for sheriff with 53% of the vote after the second round of election returns were released Wednesday afternoon.

The candidates are vying to replace Piece County Sheriff Paul Pastor, who retires this year after 19 years in the role. Pastor had planned to retire in April but withdrew his retirement to finish out his term so he could help the county tackle the coronavirus pandemic.

“I was shocked at the numbers,” Troyer told KING 5 on Tuesday. “My priorities are to do what the police are supposed to do and that is to keep people safe and make sure that you feel safe.”

“I’d love to double it right away and make sure that people who need help get the help they need instead of going through the revolving door of jail," he said

The position is nonpartisan. The two candidates who get the most votes will advance to the general election.

The candidates' platforms and full bios are available in the Pierce County Primary voters guide.