Voters should receive ballots in the next few days and can track their ballot status with various tools. 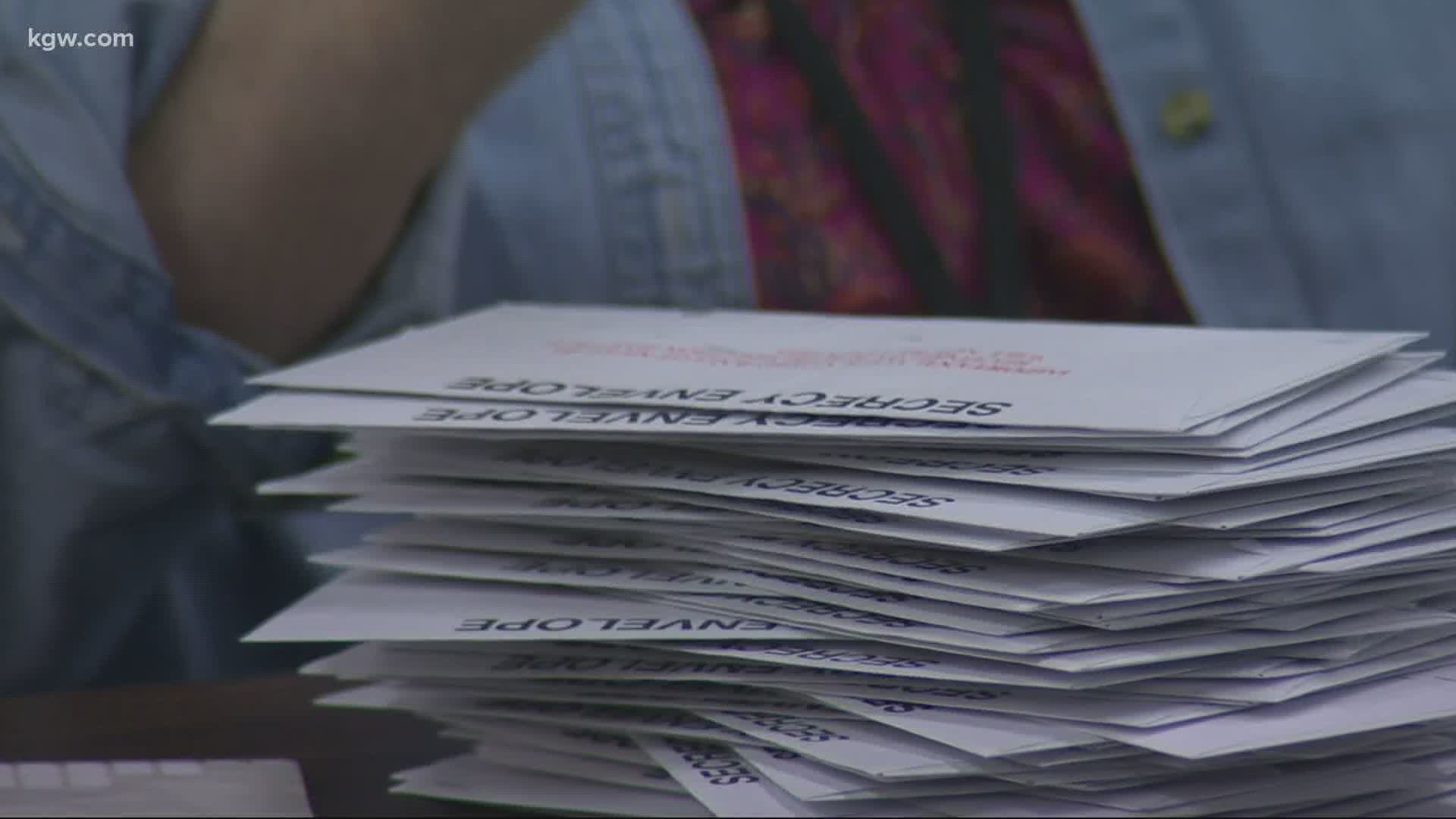 SALEM, Ore — Most Oregon voters will receive their ballots in the mail over the next week.

Multiple county clerks report increased interest and voter registration ahead of the 2020 November election compared to 2016.

"Registration over the last few days has caused us to send out 6,000 more ballots," said Marion County clerk Bill Burgess.

If voters do not receive their ballots by next week, Burgess urged them to contact their county clerk's office.

RELATED: Voter Guide 2020: Everything you need to know about voting in Oregon

The next key dates ensure votes will be counted:

Burgess joined other counties in reminding voters to seal ballots in the correct envelop, and use the signature they provided with registration.

"Without the signature matching, we cannot count your ballot," Burgess explained.

Oregonians also have various tools to track their ballot's status in the system.

Multnomah, Yamhill, and Marion counties for example use the "Track Your Ballot" option. It alerts people by text, phone, or email if the clerk's office receives a ballot. Another notification alerts people if the ballot signature is approved for counting.

Because of ongoing wildfire disaster and displacement, some counties had to change voting locations and accommodations. The state has resources for voters impacted by wildfires.

Election officials also remind voters to be patient for results.

"No election administrator is calling the election on Election Day," Burgess said. "Sometimes there are candidates that concede or declare victory, but those are just preliminary results. We don't certify the election for 20 days. The state has 10 more days to certify...Then the electoral college does their certification procedures, even after the 30 days."

Ultimately, Burgess urges voters to be early and informed.

"There are people out there that are just plain providing disinformation, trying to maybe inhibit people from voting or discourage people from voting," Burgess said. "In Oregon, I want people to know your vote does count. We want to hear your voice, so don't be intimidated."

He asked anyone who sees concerning behavior at a ballot drop site to call 911 and the local county clerk's office.