Less than a week until Election Day: a look at Washington security measures and record numbers

Local election officials are confident that the system is secure and being heavily monitored for potential fraud in the Washington 2020 election. 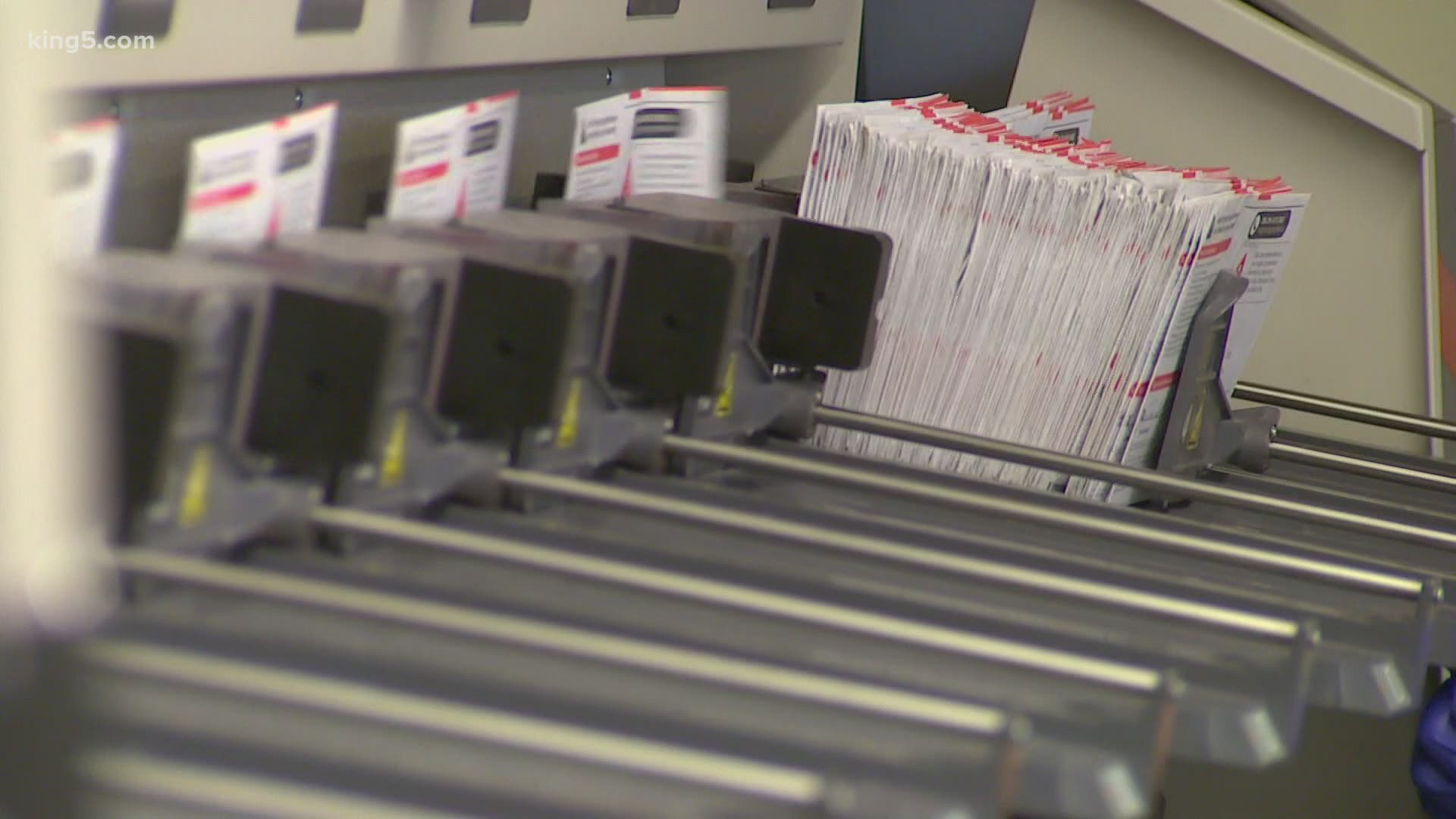 Election Day is less than a week away with major races being decided in Washington state and nationwide. Voters across the country have already turned out in record fashion.

Over half of Washington state’s more than 4.8 million voters have already cast their votes. The secretary of state’s office reported that, as of Tuesday night, 2,560,531 ballots have been returned. In 2016, 28.5% of ballots had been returned in the same timeframe.

Election security is top of mind this season. The FBI recently announced voter intimidation by Iran and Russia. But local election officials said Washington's election and voter registry was not compromised.

Brian Moran, US Attorney for the Western District of Washington, said Tuesday that his office has appointed an election officer to monitor any potential irregularities and said he has been in contact with Secretary of State Kim Wyman.

Moran said Wyman's office is on “high alert” for foreign IP addresses logging into their website. He said there have been no problems or voter fraud attempts detected.

"I have no credible evidence" of voter fraud, Moran said Tuesday.

Gov. Jay Inslee encouraged people to drop off their ballots or vote by mail by this Friday, Oct. 30 in order to have their ballot counted by Election Day.

Of the Washington's 39 counties, 17 counties saw returns of more than 50%. Four counties were at 60% or higher. In King County, the state’s most populous county, 56.3% of voters have returned their ballots.