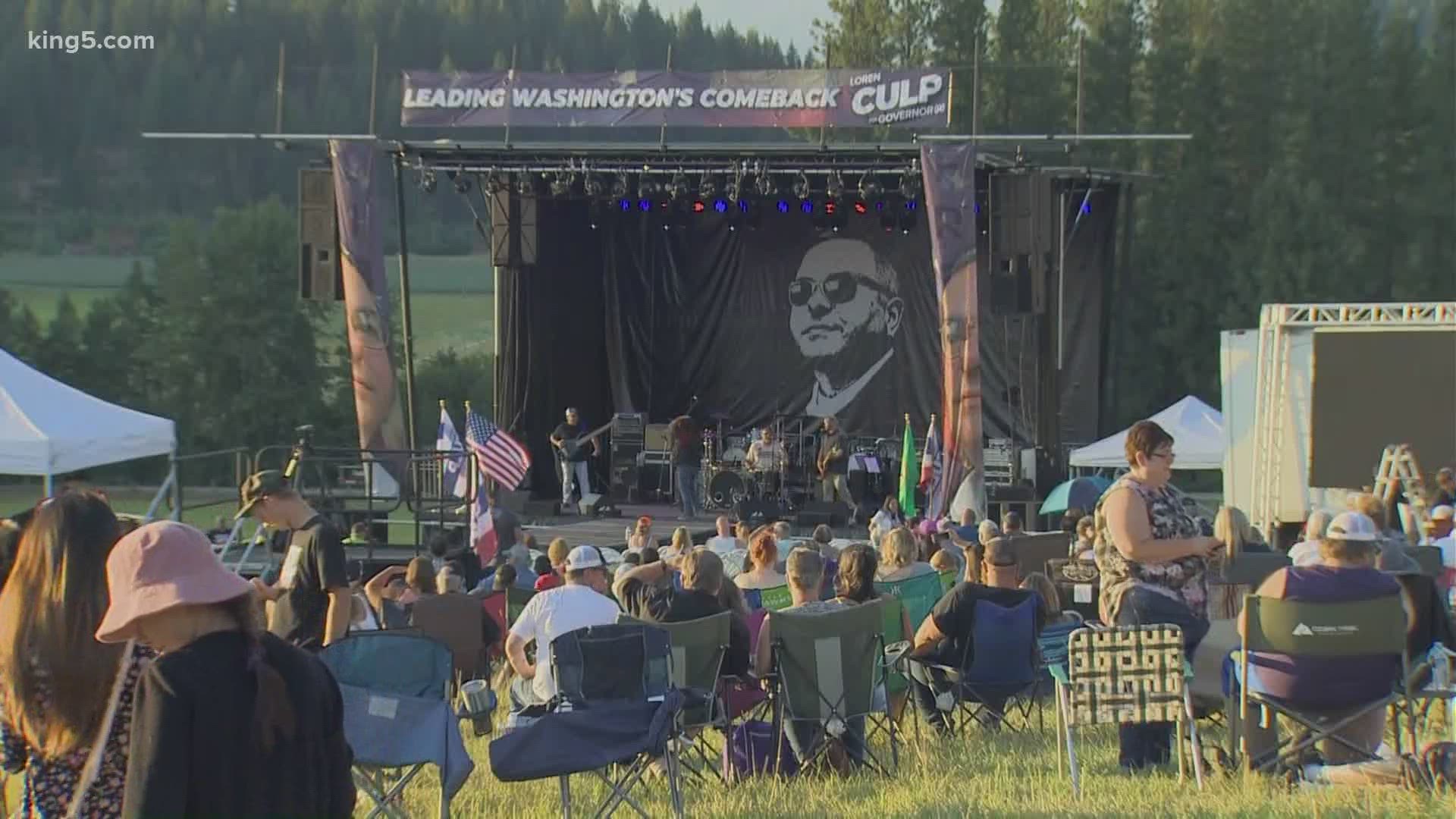 Culp's team called the rally the “biggest party of the year so far.”

The event was held near Plain, Wash., which is about 15 miles north of Leavenworth, and included live music, food and an appearance from Culp as the election returns came in.

Culp is expected to advance to the November election against incumbent Gov. Jay Inslee after early results from Tuesday's primary.

Hundreds of people were expected to attend, going against Inslee's mandate against large gatherings of people to slow the spread of COVID-19. In Chelan County, which is in modified Phase 1 of Washington’s Safe Start plan, gatherings of more than five people are banned.

Event details said the rally is meant for those who support Culp's run for governor to “exercise [their] freedom.”

Culp has a military and law enforcement background and is the current police chief for the city of Republic in eastern Washington.

His bid for governor started after he gained attention for refusing to enforce voter-approved Initiative 1639 that tightened restrictions on gun laws. He said people started telling him he should run for governor and challenge Inslee, so he did.

One of Culp’s main focuses is tackling homelessness, drug addiction and crime with “zero-tolerance” policies that "empower law enforcement professionals to actively take drug dealers and addicts off the streets."