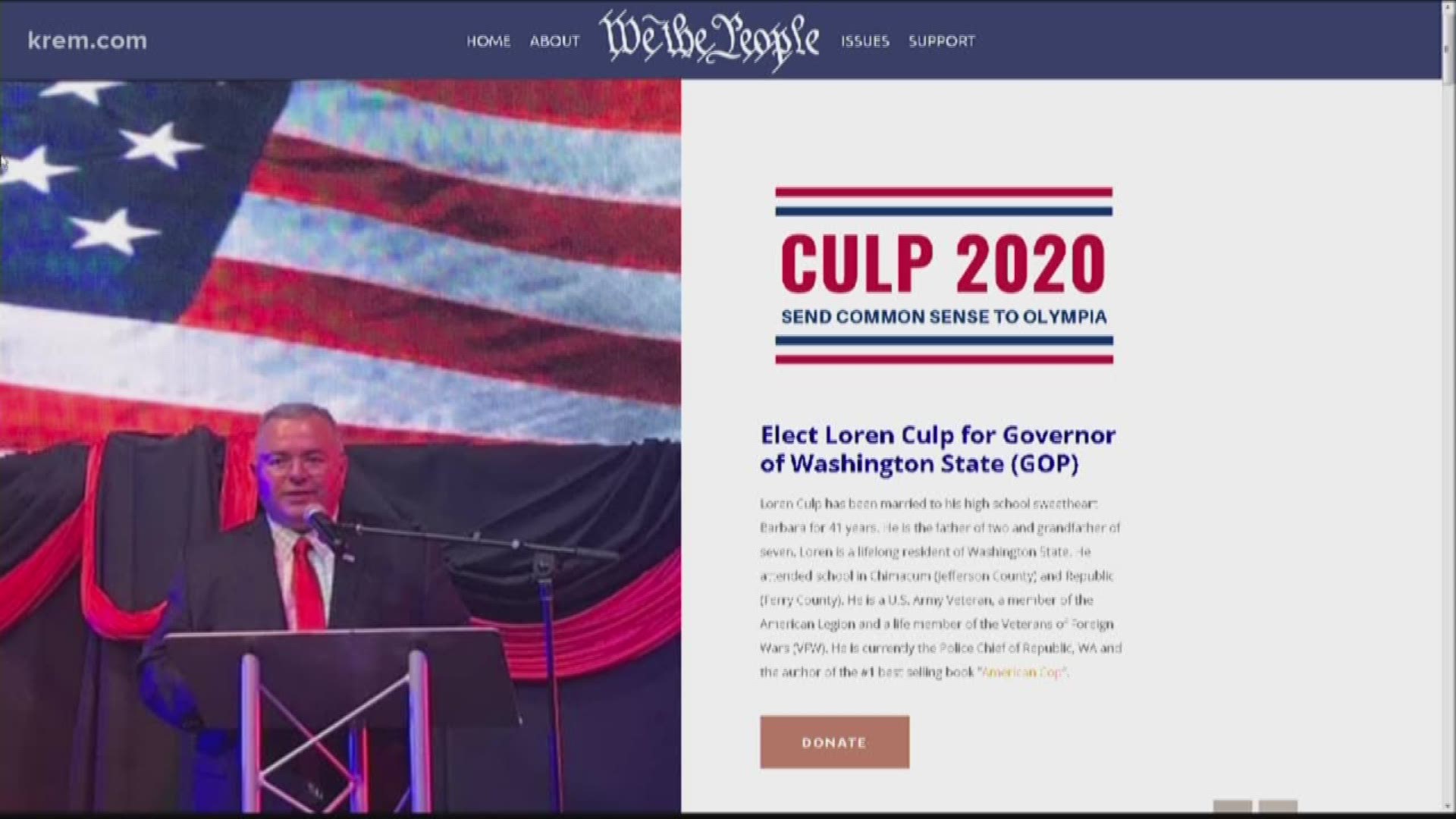 Editor's note: The above video originally aired in July 2019 when Culp announced his gubernatorial campaign.

An online version of the voter’s pamphlet reads “no information submitted” under Culp’s elected experience, other professional experience, education and community service.

Culp is the police chief in Republic, Wash. in Ferry County. He gained national attention for opposing gun reform measure Initiative 1639 and proposing a sanctuary city to protect the Second Amendment.

In a Facebook post urging voters to print and share Culp’s complete statement, Campaign Manager Christopher Gergen said they believe “a technical error with the servers” contributed to the omission.

However, the Washington state Secretary of State’s Office says it released the information that the campaign submitted.

On May 24, Culp’s campaign submitted a candidate statement and said it had previously sent two emails with candidate information, according to the Secretary of State’s Office. However, the office said it couldn’t find the prior messages on their email servers or on the online candidate portal.

The Secretary of State’s Office said it confirmed Culp’s candidate statement with his campaign on June 10 and explained to the campaign that biographical information was missing.

The office says it asked Culp’s campaign to resend the missing emails twice, but the campaign never did.