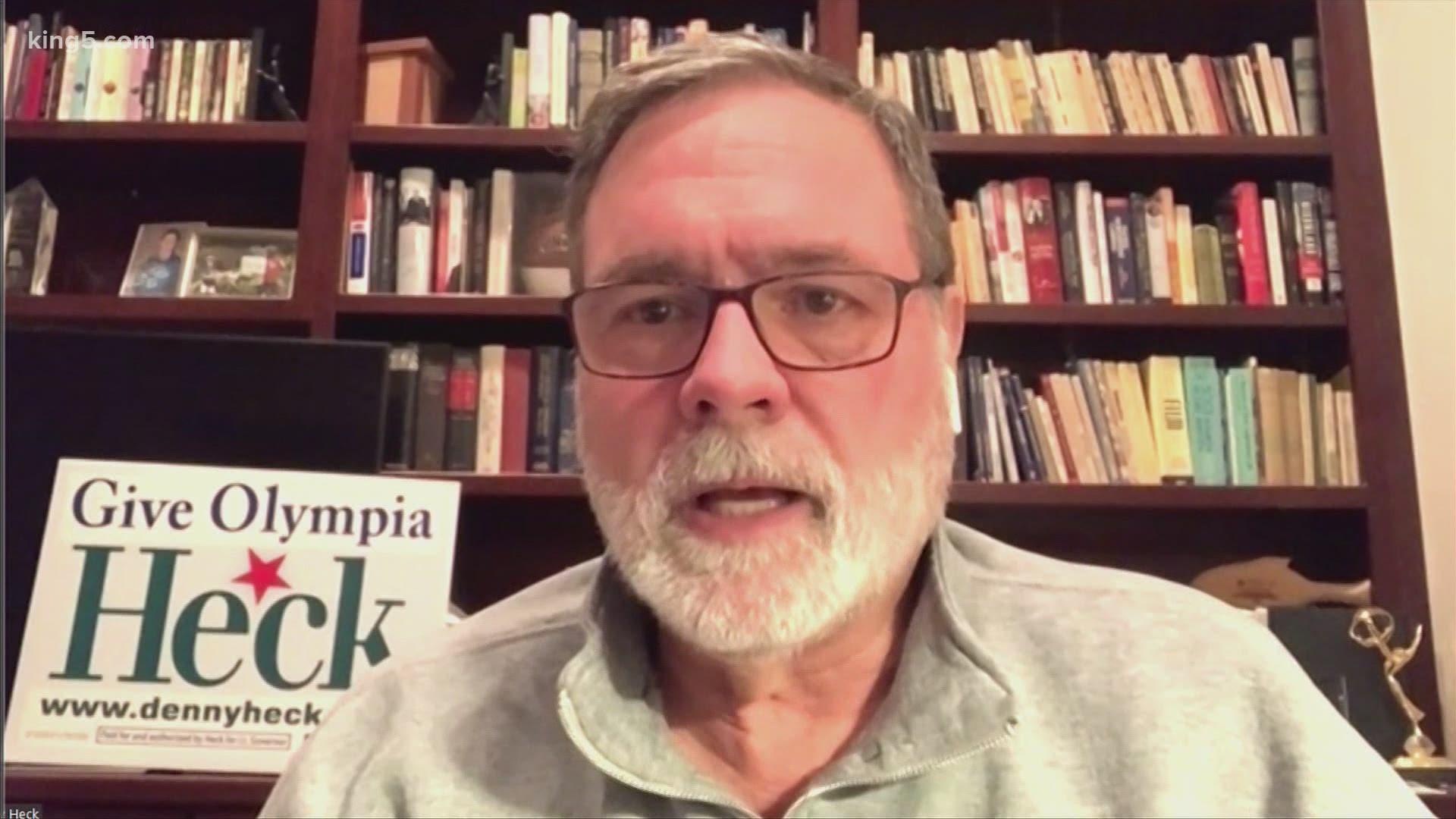 The two were vying to replace outgoing Lt. Gov. Cyrus Habib. Heck and Liias, both Democrats, were the top two candidates who emerged from a primary with nearly a dozen contenders.

In early returns, more than 18% of voters wrote in a candidate, according to the Washington Secretary of State's Office. Republican Joshua Freed ran a write-in campaign against Heck and Liias after coming in third in the top-two primary for governor.

The position of lieutenant governor has been left mostly vacant since Cyrus Habib took an unpaid leave of absence.

Habib, an up-and-coming politician who had served in the state Legislature and served one term as lieutenant governor, said he was shifting gears and planned to join the clergy.

Nearly a dozen candidates lined up to take Habib's seat after the Democrat announced earlier this year that he would vacate it.

Heck, a Democrat, is a Congressman who represents the Washington 10th District, which includes Mason, Thurston and Pierce counties. He also was the chief of staff of Gov. Booth Gardner.

Liias, a Democrat, is the State Senate Majority Floor Leader. He represents the 21st District, which includes Lynnwood.