A pilot program will allow registered King County voters to vote on their mobile device. 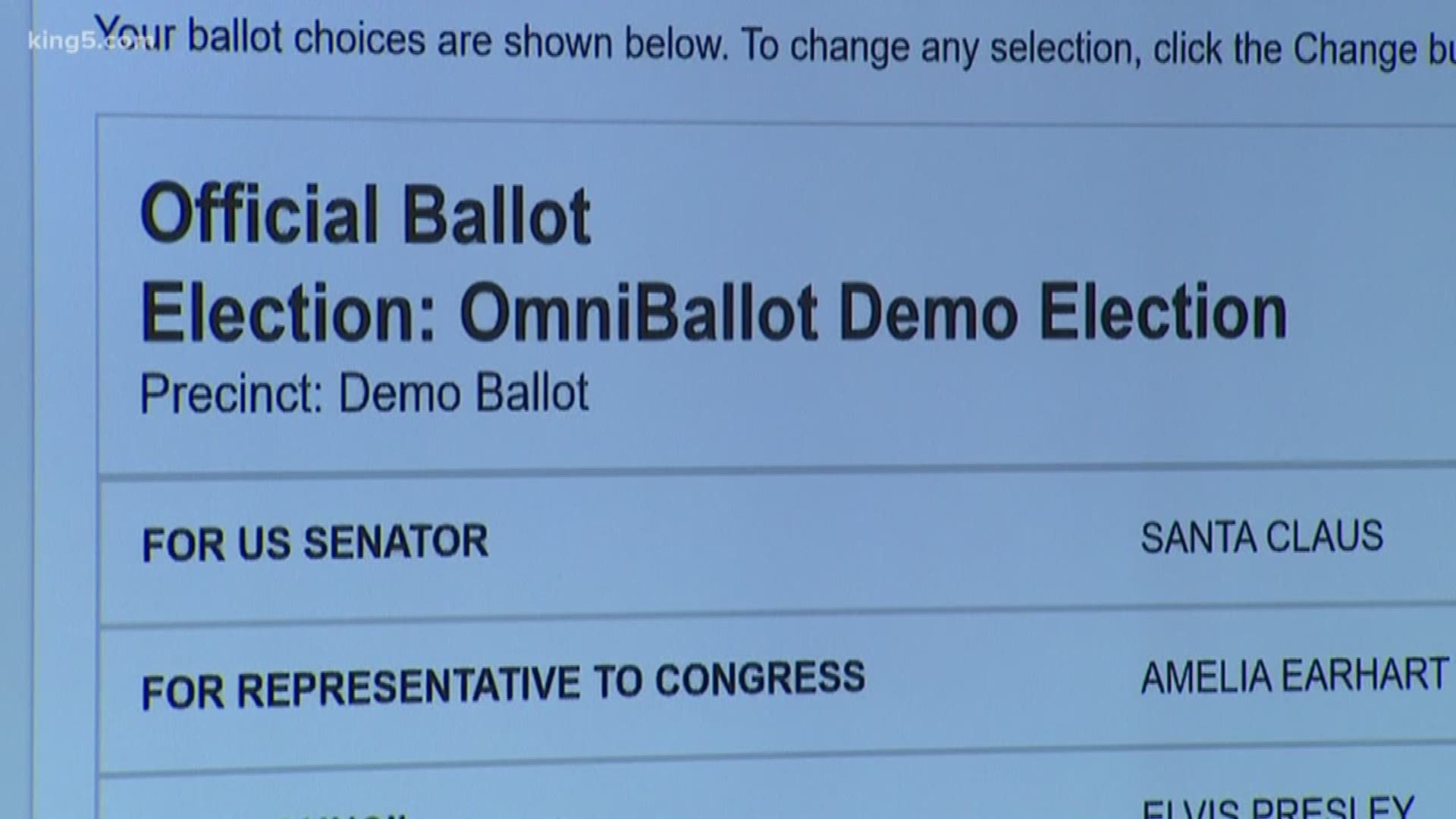 KING COUNTY, Wash. — More than 1 million voters in King County can vote in the upcoming Board of Supervisors election without having to take a trip to the ballot box.

Eligible voters within the King Conservation District can vote via their mobile device using a pilot technology by logging into the Democracy Live portal to access their ballot.

Voters use their name and birthdate to log into the secure site, then cast their vote, electronically sign their name and submit their ballot. King County Elections staff will be verifying signatures before ballots are counted.

According to the Conservation District, this is the first time in the country that mobile voting is available to all eligible registered voters. The District's service area includes 34 cities and all of unincorporated King County except for Enumclaw, Federal Way, Milton, Pacific and Skykomish.

RELATED: You can vote to name NASA's next Mars rover

Democracy Live is administering the election through Omni Ballot. The election will be certified by King County Elections.

The Board of Supervisors election historically has less than 1% voter turnout.

Advocates for people with disabilities said this technology will allow more people in the community the chance to vote.

“Any time you connect a system online, it becomes vulnerable to attack. As my office looks ahead to the five elections we must conduct this year, I’m seeking to rollback electronic ballot return methods," said Wyman in a statement Wednesday. "Cyber experts I have worked with, including the FBI, the Department of Homeland Security, and the Washington National Guard, overwhelmingly have identified electronic transmission as too risky for voting and could leave voter information and election infrastructure impaired. As the chief election officer for the state of Washington, I’m not willing to take that risk.”

The Secretary of State Office does not oversee some taxing district elections, like conservation districts, so it does not have any authority over this upcoming election. However, Wyman said her office will be watching this election closely to see how it unfolds.