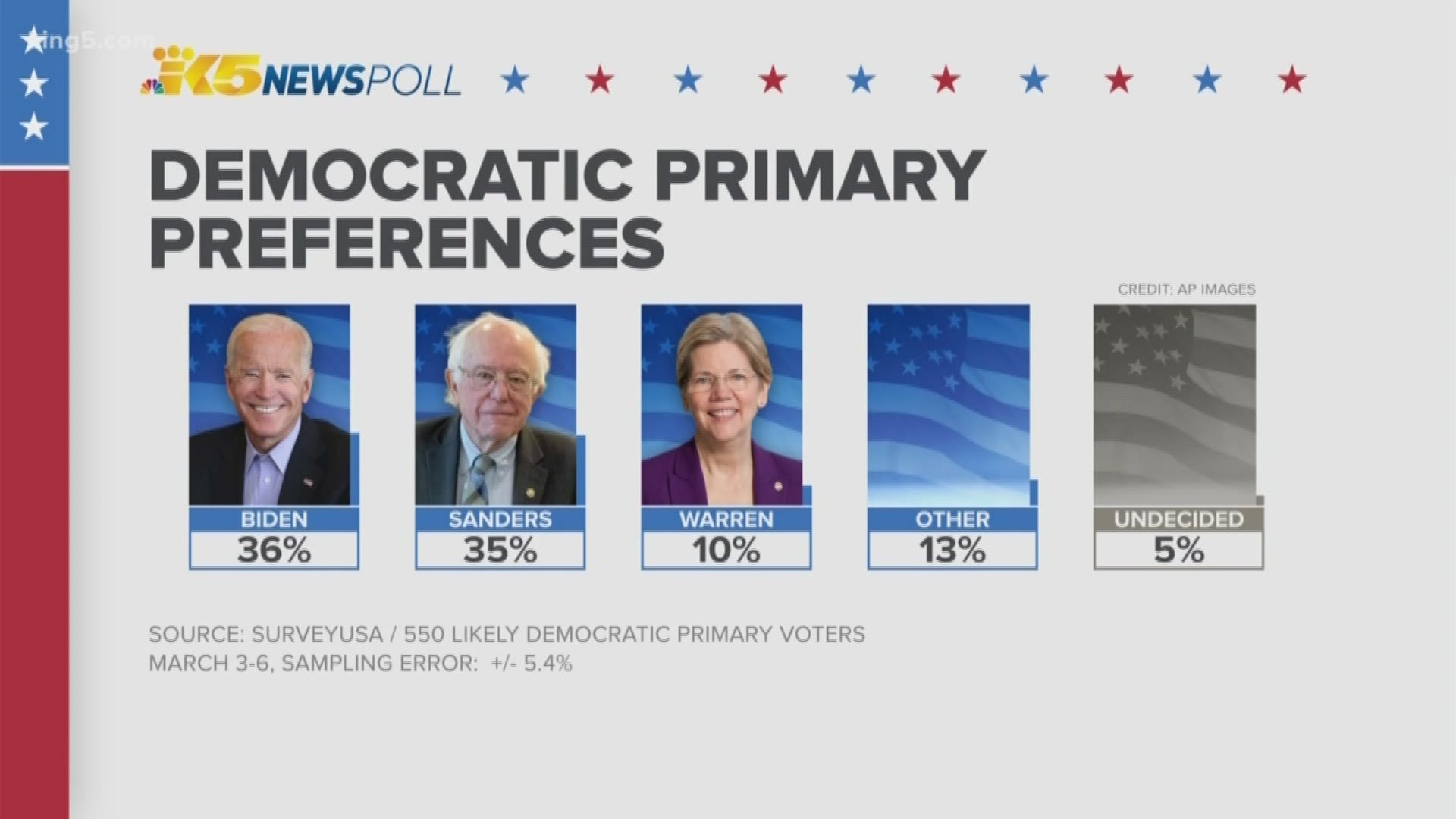 Sen. Bernie Sanders no longer appears to have the advantage in the race for Washington state's Democratic vote, an exclusive KING 5 News poll found.

In the hours and days after Super Tuesday, in which former Vice President Joe Biden won 10 states, but gave up California to Sanders, the contest between the two is even. According to the survey results, 36% of likely Democratic voters will vote for Biden and 35% will vote for Sanders during Washington state's presidential primary.

That's a bit of a turnaround for Biden. A previous KING 5 News poll in January found Biden trailing Sanders by 5% of the vote.

The survey included interviews with 1,200 adults from Washington state between March 4 and March 6, after Michael Bloomberg withdrew. However, approximately 94% of all interviews were complete before Elizabeth Warren announced her intention to withdraw.

RELATED: What is next after Super Tuesday?

Another 13% of survey respondents said they'd vote for "Some Other Democrat."

An additional 5% were undecided.

Of the Democratic primary voters who returned a ballot already – 36% surveyed – Sanders led by 7 points. Sanders benefits from the fact that one in four people who already voted chose someone no longer in the race.

The vote, as is the case elsewhere, is split by age. Biden leads by more than 4:1 among people 65 and older; Sanders leads 2:1 among the youngest voters. In general, people under the age of 50 are leaning toward Sanders, people 50 and older go for Biden.

Regardless of who they support, when Democratic voters are asked who has the best chance of defeating President Donald Trump in November, 52% say Biden, 31% say Sanders.